A suicide bomber has blown up a minibus carrying foreigners near Kabul in response to an anti-Islam film that has sparked protests worldwide. The insurgent group Hezb-e-Islami has claimed responsibility for the attack. 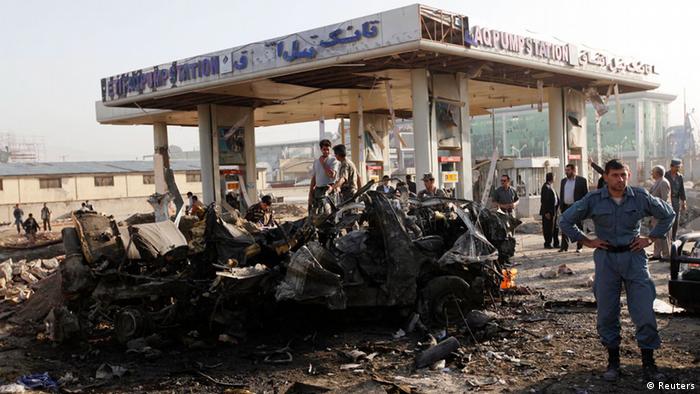 A female suicide bomber killed 12 people in an attack on a minibus near Kabul airport on Tuesday. The Afghan insurgent group Hezb-e-Islami claimed responsibility for the attack, whose victims included foreigners, according to the faction's spokesman.

"A woman wearing a suicide vest blew herself up in response to the anti-Islam video," spokesman Zubair Sediqqi told Reuters.

Initial reports did not indicate the victims' nationalities.

Tuesday's attack near the Afghan capital follows a string of violent protests across the Muslim world against the anti-Islam video. A trailer of the US-made film circulated online portrayed the Prophet Muhammad as a womanizer, homosexual and a child abuser.