Juventus have broken the Serie A transfer record to land Napoli's Gonzalo Higuain. The Argentina striker is reported to have cost Juve €90m, close to the global record, in a move that may signal Paul Pogba’s Juve exit. 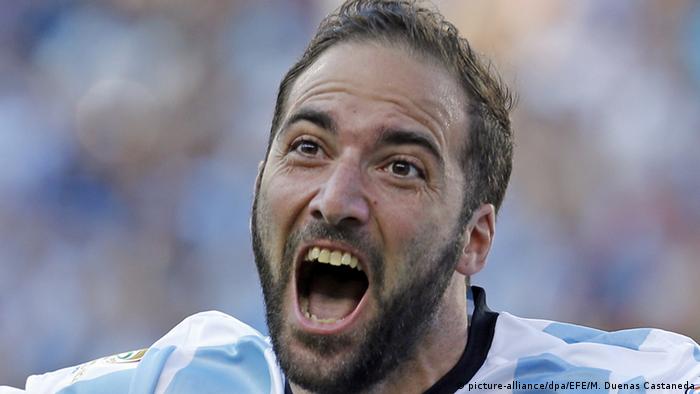 Higuain's move was confirmed on the 'transfers' section of the official Serie A website on Tuesday. It has been reported that, after a season in which he scored 36 league goals, Napoli slapped a buyout clause on the 28-year-old’s contract.

If 90 million euros is the fee paid, Higuain will become the world’s third most expensive player, behind Real Madrid pair Cristiano Ronaldo (94 million euros) and Gareth Bale (101 million euros) on the all time list.

After leaving the offices of Serie A, Marotta gave no details when asked by waiting media but confirmed the move when he said: "We've deposited Higuain's contract (with league officials). We've concluded everything."

After Alvaro Morata returned to Real Madrid earlier in the summer, Higuain is expected to partner fellow Argentina striker Paulo Dybala, who in his maiden season with Juventus was their top scorer with 19 league goals, when the club return from their pre-season tour of Australia.

Higuain joined Napoli from European champions Real Madrid in a 40 million euro deal in 2013 and the size of the fee agreed on Tuesday may suggest Juventus are expecting to see the departure of French midfielder Paul Pogba, who appears set to join former club Manchester United.

Pogba’s fee is expected to break the world record, with some Italian media reporting that the asking price is now 125 million euros.

Dortmund buy Schürrle in second big signing of the week

It has been a busy transfer period for last season's Bundesliga runners-up with a host of comings and goings. Fans hope Schürrle is the last piece of the puzzle in their bid to threaten champions Bayern Munich this term. (22.07.2016)

After three years with Bundesliga rivals Bayern Munich, Mario Götze has returned to Borussia Dortmund. The German international has signed a four-year contract. (21.07.2016)