Canadian Prime Minister Justin Trudeau has said his country is ready to "step up" during a visit to the UN in New York. The announcement comes amid a renewed push by Ottawa to engage in international affairs. 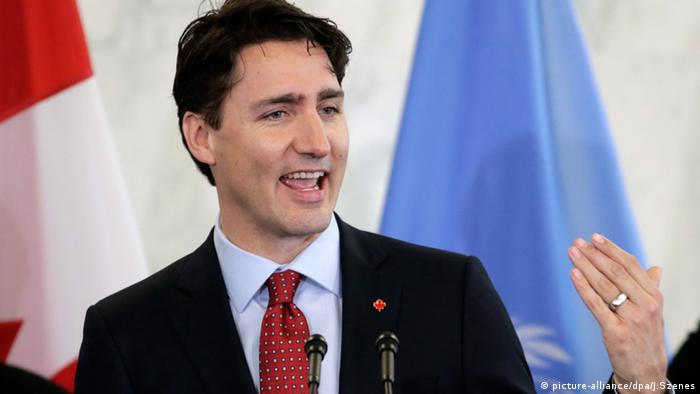 Trudeau made the announcement on Wednesday during a visit to United Nations, where he was met by applause from hundreds of UN staffers.

The Liberal prime minister - who succeeded the conservative Stephen Harper in October - said he hopes for Canada to win a two-year term on the Council starting in 2021. The country last held a seat on the Council in 2000.

"It's time for Canada to step up once again," Trudeau said. "With a renewed commitment to international peace and security, now is the time for our return."

The prime minister also took to Twitter to share his goals for the country on the world stage.

The UN General Assembly will hold an election in 2020 for Canada's desired seat. The Council consists of five permanent members - the US, Britain, France, Russia and China - and 10 revolving members that each hold two-year terms.

Under Harper, Canada was defeated in its effort to gain a seat on the Council back in 2010. If elected this time, this would be the country's seventh term on the Council.

The Canadian prime minister official visit to the US brought together two of the world's most talked about heads of government. But the photos of their time together were much better than many could have imagined. (11.03.2016)

The US and Canada have said they will cut methane gas emissions and sign the Paris climate deal in a show of cooperation. The agreement comes during a visit by the Canadian PM. (10.03.2016)