A monkey that was seized from Canadian pop star Justin Bieber has now become German property. Mally was confiscated in March after the singer failed to provide the necessary documentation. 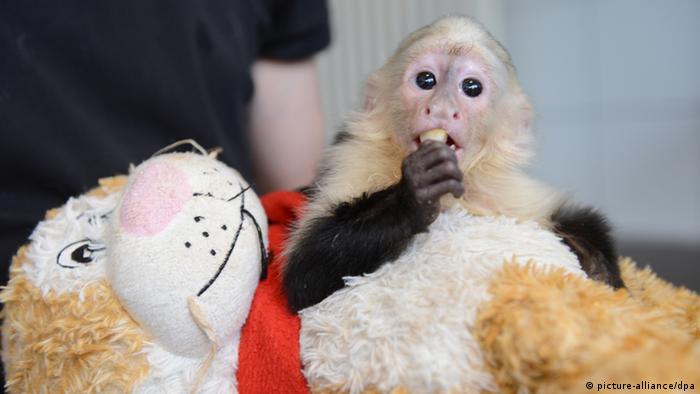 Authorities on Tuesday issued an order to transfer the ownership of Mally, a capuchin monkey, to the German state.

Officials said the 19-year-old pop star had been required to provide the documents necessary to reclaim the pet in advance of a Friday deadline. However, they said, no such correspondence was received.

Mally has been cared for at a Munich animal shelter since he was taken into quarantine, and is reported to have gained weight.

"The monkey belongs to Germany now," said a spokeswoman for the shelter, Judith Brettmeister, adding that Mally would be transferred to an undisclosed German zoo to learn to live alongside other members of his species. The shelter has criticized Bieber for keeping such a young animal as a pet, claiming it should not have been removed from its mother until turning at least one year old.

“The monkey needs to be integrated soon," said Brettmeister. "it is becoming really strange because it only knows people so it has not learned any proper social behaviour."

"Monkeys are very sociable animals," said Altmaier. "That's why we're going to take Mally to a place where he can live safely and in the company of others."

German authorities have said they aim to reclaim the cost of Mally's upkeep over the past two months. The monkey was seized after Bieber failed to provide the necessary import and vaccination documents for the animal to enter the country. The singer, who may also be fined by animal protection services, is understood to have six weeks to contest the order.