The European Commission's new president, Jean-Claude Juncker, has survived a no confidence vote in Strasbourg. It comes as the latest political storm in Juncker's term, which began earlier this month. 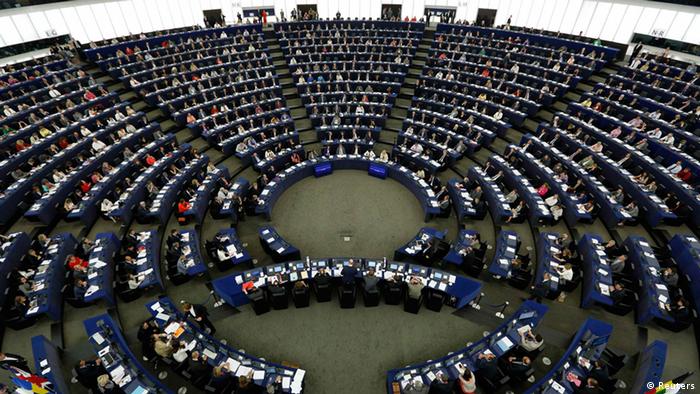 An overwhelming majority of European parliamentarians expressed their support of Jean-Claude Juncker as European Commission president on Thursday by rejecting a motion of no confidence against him. Juncker survived the vote 461-101. There were 88 abstentions.

The long-time Luxembourg premier took office less than a month ago, but has already weathered several political storms, most recently involving his time as the head of the Luxembourg's government and as its finance minister.

Investigative journalists alleged that Luxembourg had granted tax break worth billions of euros to hundreds of top companies, including Apple, IKEA and Pepsi.

Although Juncker has denied any wrongdoing, critics raised questions about the appropriateness of his holding one of the most powerful offices in the EU.

The no confidence motion, which primarily euroskeptic parties had brought forward, referenced the so-called Luxleaks scandal.

"It is intolerable that a person who has been responsible for aggressive tax avoidance policies should serve as President of the European Commission," the signatories said.

The vote adds to Juncker's already turbulent introduction to the upper echelons of the EU. The Luxembourg politician butted heads with UK Prime Minister David Cameron following EU elections in May, after the British premier questioned his legitimacy as a candidate. Several months later, Juncker found himself wrangling with MEPs over his candidates for the Commission, with critics pointing to numerous conflicts of interest.

On Wednesday, Juncker attempted to move the agenda forward by announcing an EU investment plan worth $315 billion euros, aimed at jumpstarting ailing the bloc's ailing economies.

The European Commission's new president, Jean-Claude Juncker, defended his record as prime minister of Luxembourg, amid mounting calls for his resignation over a brewing tax evasion scandal. (12.11.2014)