Jumping the barriers on the Paris metro | Europe | News and current affairs from around the continent | DW | 04.05.2010

Jumping the barriers on the Paris metro

A group of French fare-dodgers has come up a novel way of avoiding paying for their rides - by paying into a mutual aid scheme to pay members' fines if they are caught. 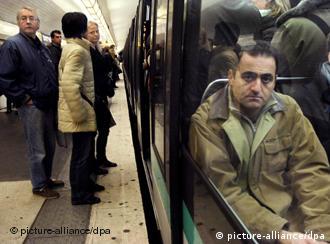 Fare-dodgers want public transport to be free of charge

A group of French fare dodgers have launched their own insurance system to pay members' fines if they are caught travelling on the Paris metro without a ticket.

The organized subway scammers are commuters, who never buy a ticket when they travel on the Paris metro subway system, but they don't consider themselves to be your ordinary ticket dodger. This group of French commuters meets on a regular basis. They exchange tricks on how to jump the barriers and pay a few euros a month into a kitty to pay the fines of those who are unlucky enough to get caught. 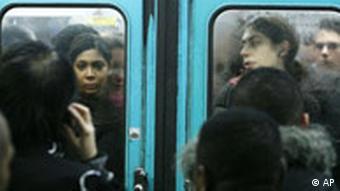 The Paris metro is considered one of the best subway systems in the world and, thanks to a generous public subsidy, it is also one of the cheapest at 1.60 euros ($2.11) per ride.

Fare-dodgers have to be fit and daring to climb over the turnstiles as the barriers have been built super-high. But every so often a fare-dodger gets through, pushing through, close behind a ticket-holder.

But even with fines as low as 50 euros, fare-dodging does not pay, says Olivier Cots of the company that runs the Paris metro, the RATP. He predicts that the fare-dodgers' insurance scheme will fail.

"The idea seems attractive enough," Cots told French public television "but after 10,000 or 20,000 fines, I'd be very surprised if they managed to keep it going."

But the fare-dodgers organizing this insurance scheme say saving money is not their goal. They say they want to spark a debate about making city transport free. Getting around town is a right just like going to school is a right, they argue. In other words, attending school is free, so public transport should be free too.

Free transport for all 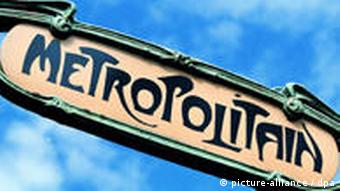 But metro users are divided on the issue. "This would encourage people to live further and further away from their workplaces," said Simone Bigorgne, the Paris region president of the public transport users' federation. "It would exacerbate urban sprawl, which is a real problem," she said.

Economist Cedric Durand argued that some transport systems were so heavily subsidized, you might as well go the whole way.

"In fact, revenues from ticket sales only represent a small portion of the true cost of public transport. In small towns it's usually 15 or 20 percent. In big towns like Paris, the percentage is higher but it's still less than half of the real cost, Durand said.

But even if ticket revenues are not as high as public subsidies, they still represent large sums in Paris. The RATP says four percent of its passengers are fare-dodgers which represents 80 million euros of lost revenue annually.

Overall, ticket sales bring in two billion euros per year, which municipal officials don't plan on giving up any time soon. Indeed their message to the fraudsters is watch out! Fare dodgers only risk a fine, but encouraging people to travel without a ticket is an offense that is punishable by law.

Cities are taking the lead in combating climate change

Cities have become the new testing grounds for international climate policies. This is where smart green ideas in the transport sector are developed and implemented - often with encouraging results. (27.04.2010)

Deutsche Bahn's agreement to help the United Arab Emirates build a rail system involves investments worth billions of euros. Four months ago, the German company signed an even bigger deal with Qatar. (01.04.2010)

German bus sector keen to catch up with Deutsche Bahn

Public transport in Germany is about to undergo a major overhaul as the govenrment moves to lift a special law favoring the national rail network over long distance bus lines. (19.03.2010)