The African human rights campaigner has helped convict 800 men of wartime sexual violence against women. She has been given a $1 million prize to help even more women in the Democratic Republic of the Congo. Lusenge said she would donate her grant to three organizations

As Julienne Lusenge's name was announced as the winner of the Aurora humanitarian prize and the $1 million (€860,000) that comes with it, she was left completely lost for words.

Through tears, she managed to say "thank you" to the audience, before promptly leaving the stage again.

At that moment, she had something else on her mind.

It was only a few minutes later that she jumped up again and interrupted the continuing ceremony in Venice, Italy, to deliver her acceptance speech. 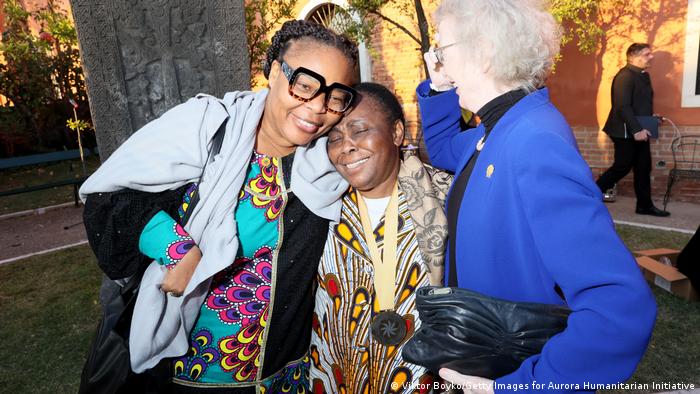 Lusenge is one of the most prominent human rights activists in Africa. She has spent 40 years supporting victims of sexual violence, often in times of war, and fighting for women's equality.

Most recently, Lusenge was co-chair of the commission that published a damning report into the sexual abuse committed by World Health Organization (WHO) workers during the 2018 Ebola outbreak in the Democratic Republic of the Congo (DRC).

"In our investigation we found that aid workers, including those from the WHO, had been demanding sex for their work," she said. "They recruited people without properly looking into their profiles.

"We are demanding reforms and deeper investigations to make sure the people who committed these crimes are prosecuted," she said. "We also want to see reparations paid to the victims."

Decades of fighting for women's rights

Born in 1958 in Watsa, in northern DRC, Lusenge became a journalist and focused on telling women's stories in rural villages. When the neighboring province of Ituri, which borders Uganda, dissolved into conflict in 1997, she began hearing devastating reports of armed groups of men raping women.

In 2000, she and seven other journalists founded Women's Solidarity for Inclusive Peace and Development (SOFEPADI) to help provide medical and psychological support to survivors, as well as legal representation in court. To date, SOFEPADI has given care to more than 7,500 survivors of sexual violence and helped bring 800 perpetrators to justice.

Then, in 2007, Lusenge helped set up the Fund for Congolese Women (FFC) to help raise money from international donors for grassroots groups that fight gender-based violence and work toward economic empowerment, . 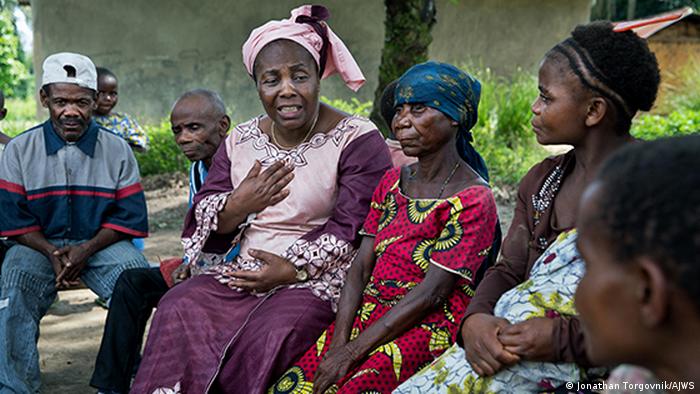 'I could really feel death coming'

Fighting for victims' rights has landed Lusenge in plenty of difficult situations. She is often threatened by armed groups and has to travel with security.

"On one occasion, I had went to Bunia to evaluate a project when armed men entered my hous,e demanding to know where I was, " she said.

"People from my organization, who were at my home, claimed they didn't know me and said they were just students renting the place.

"I was forced to hide instead of going back home, as were the people who were working with me. On that occasion I could really feel death coming," she said.

Winning the Aurora Prize for Awakening Humanity — named after Aurora Mardiganian, a survivor of the Armenian genocide — was a proud moment for Lusenge.

"I cried because it was very moving and emotional," she said. "I saw the whole path I had taken: 43 years of working, constantly looking for resources to help women.

"I was often a banker, meeting with people to try and raise money, and sometimes they have no empathy with what you are trying to do," she said. 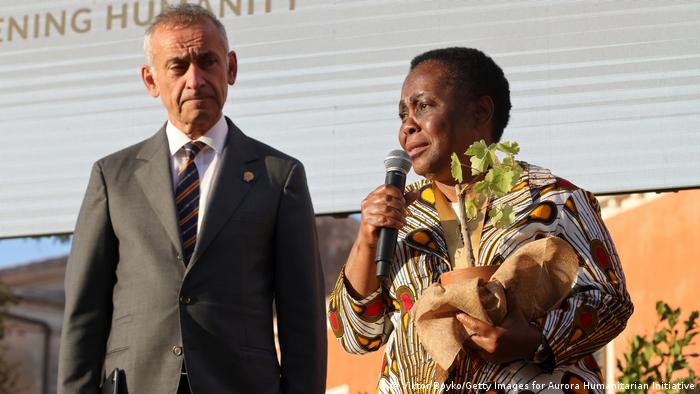 With her win, Lusenge becomes the sixth Aurora Prize laureate. She will donate the $1 million grant to three organizations: the Fund for Congolese Women, the League for Congolese Solidarity and the Association of Mothers for Development and Peace.

"There are lots of people with lots of needs still, through conflict and lack of security," she said. "It's sometimes difficult to decide exactly where it should go. But we will be able to help lots of people."

Aurora has also recommended that she donate $250,000 to people in need in Nagorno-Karabakh, following the 2020 conflict in the region between Armenia and Azerbaijan. Aurora has pledge to match her donation.

"Julienne Lusenge's exceptional achievements remind us of the impact one person can have, even when encountering the seemingly insurmountable pressure and risks," said Lord Ara Darzi, the chair of the Aurora Prize Selection Committee and co-director of the Institute of Global Health Innovation at Imperial College London.

"By recognizing her courage, commitment and selflessness, we are hopeful that she can also inspire each one of us to think about what we can do to stand up on behalf of those whose rights are abused and who are in dire need of our solidarity and support," Darzi said.

Editor's Note: This text was updated on October 20 to reflect the fact that Lusenge was nominated for the award and did not apply for it herself.