Julian Assange documentary to air in the US 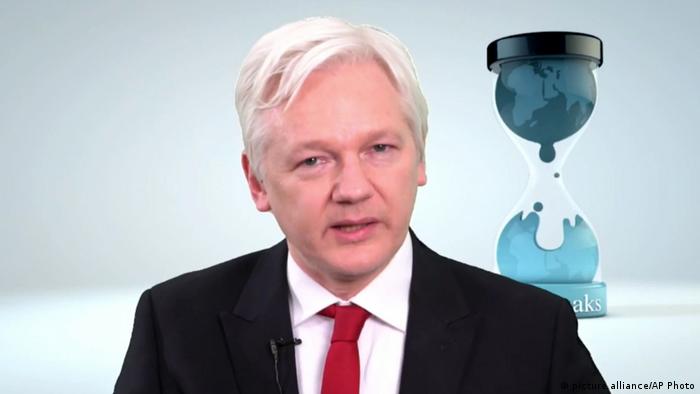 Cable network Showtime, in partnership with Neon distribution, said on Sunday it will release the Laura Poitras documentary "Risk," the inside story of Julian Assange, the world's most notorious whistleblower.

It's the American director's first film since "Citizen Four," her intimate portrayal of NSA whistleblower Edward Snowden that won her an Academy Award. She made "Citizen Four" in Berlin due to fear that American authorities would confiscate her footage. 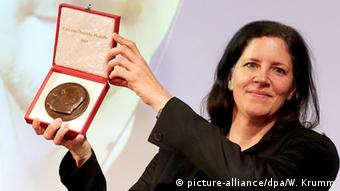 Six years in the making, "Risk” will initially be released in cinemas before premiering on the small screen in the US a few months later.

Though an unfinished version of "Risk” screened at the 2016 Cannes Film Festival and garnered positive reviews, the final cut of the film also takes an up-close look at Assange and his Wikileaks inner circle during the 2016 US presidential election, when the whistleblower leaked thousands of Democratic National Committee documents and emails that some say may have influenced the vote.

"With unprecedented access, Poitras gives us the WikiLeaks story from the inside, allowing viewers to understand our current era of massive leaks, headline-grabbing news, and the revolutionary impact of the internet on global politics," said Showtime, as quoted by AFP.

"'Risk' is a portrait of power, principles, betrayal, and sacrifice when the stakes could not be any higher. It is a first-person geopolitical thriller told from the perspective of a filmmaker immersed in the worlds of state surveillance and the cypherpunk movement."

Assange has been in asylum in the Ecuadorian embassy in London since 2012. He says he does not want to be sent to Sweden to be questioned in regard to rape allegations - which he denies -, believing he will be extradited to the US and imprisoned for his work with Wikileaks.

Julian Assange pledged earlier this month to accept extradition to the US if Chelsea Manning were set free. Now that Manning's prison sentence has been commuted, Assange says he'll "stand by everything" he said. (20.01.2017)

Prosecutors have been questioning WikiLeaks founder Julian Assange at the Ecuadorean Embassy in London. Investigations are linked to allegations that Assange committed sexual misconduct in Sweden in 2010. (14.11.2016)

Julian Assange has only offered clues like "war," "Google," and "US elections" but they still pack a punch. The WikiLeaks founder hinted at the bombshell while speaking to reporters at an event in Berlin. (04.10.2016)