After Recep Tayyip Erdogan fired a hawkish Central Bank governor and installed a like-minded critic of high interest rates, the new governor is expected to fulfill the president's wishes for lower interest rates. 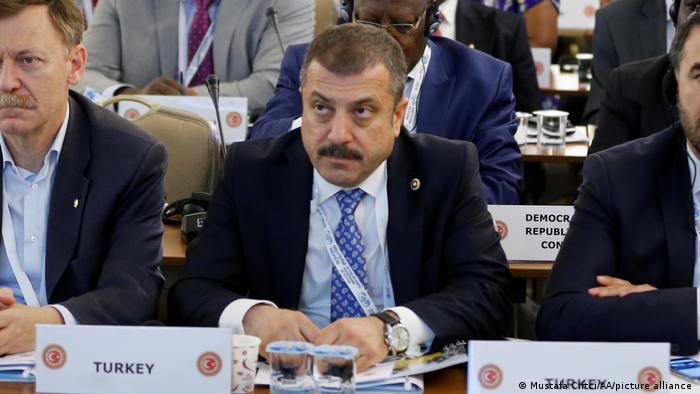 After being appointed as the fourth governor of Turkey's Central Bank in less than 20 months, Sahap Kavcioglu has tried to downplay expectations of an imminent rate cut.

Some find it hard to believe him, though, given that, only six weeks before his appointment, Kavcioglu conveyed the opposite view in his column in the pro-government Yeni Safak newspaper, where he supported President Recep Tayyip Erdogan's unorthodox ideas on interest rates.

The lira weakened as much as 15% after Erdogan's sacking of former Governor Naci Agbal amid fears of a reversal of the tight monetary policy. After the unexpected dismissal, foreign investors sold Turkish assets at the fastest pace in 15 years.

The decline in the currency and the new governor's promises of a tight policy combined with higher-than-expected inflation in March seem to have convinced the market that the bank will not announce a rate cut on Thursday.

The Central Bank is expected to keep its policy rate at 19% at its meeting on April 15, according to a Reuters poll published on Monday.

Rate cuts on the horizon

After Kavcioglu's appointment, expectations of a rate cut later this year have increased. Tahta Ghose, a foreign exchange analyst at Commerzbank, told DW that he did not expect a rate change this week, though.

"We focus more on the medium term. We do not base our forecasts closely on what Mr. Kavcioglu says from time to time," he noted.  "He is a decision-maker only in the near term. We assume that either he will ultimately lower rates or he will be replaced," Ghose said.

"The market will continue to anticipate a series of rate cuts at some point in the coming quarters," Ghose added, forecasting the lira to drop to 10 against the dollar by the third quarter this year. The lira was trading at 8.17 versus the dollar on Tuesday and 9.67 against the euro.

Erdogan had repeatedly criticized high interest rates and their impact on Turkey's economy, and stuck to his unorthodox view that higher borrowing costs are responsible for inflation. 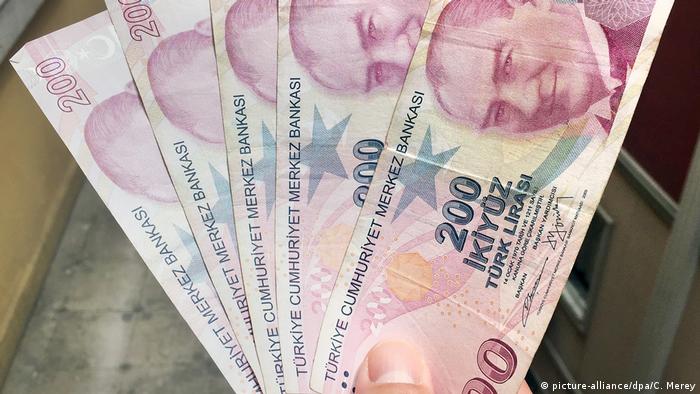 The Turkish lira has experienced hard times during the pandemic

"About this week's meeting, the market agrees there won't be a rate cut. In May there may be no cut either as inflation will still be high," Güldem Atabay, an economist who joined an investor call with the new governor recently, told DW. "But from June there will be a relaxation in food prices and headline inflation will fall and then the door for rate cuts will open."

Erdogan fired three Central Bank governors in less than two years, casting doubt about credibility and contributing to the currency's long-term decline, which in turn has driven up overall inflation via imports.

Some believe that the Central Bank will have to succumb to Erdogan's pressure and begin cutting interest rates this week.

Liam Peach, an economist at Capital Economics, expects that the bank will lower its one-week repo rate by 200 basis points, to 17%. "This is likely to mean that inflation stays high and the lira falls further, forcing the central bank to reverse course in 2022 if not sooner,” he said.

Former Governor Naci Agbal raised the policy rate to 19% from 10.25% in four months on the job in an effort to fight inflation. On his watch, the lira's value gained around 18%. He was fired just a day after initiating a sizeable interest rate hike.

Agbal's monetary orthodoxy made him popular among investors, although it annoyed some in Erdogan's ruling Justice and Development Party (AKP), who thought that the economy needed support as it emerged from the coronavirus pandemic.

Throughout 2020, unemployment was held down by a ban on layoffs that has been extended through mid-May.

The Central Bank is in a difficult position, trying to balance rising inflation and calls from Erdogan for lower rates to support growth.

The bank's depleted foreign exchange (FX) reserves alongside the country's large external financing needs mean that any effort to prop up the lira may not have a long-lasting effect.