A trial in Egypt of top Muslim Brotherhood leaders accused of inciting deadly violence at anti-Islamist protests has ended shortly after it started. It is the second time judges in the trial have recused themselves. 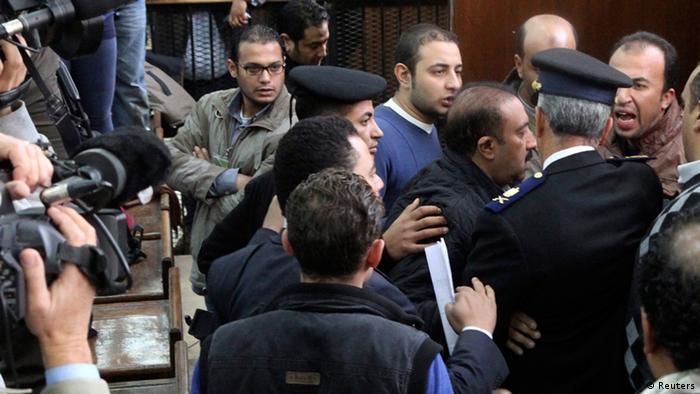 The three presiding judges in the trial of Egypt's Muslim Brotherhood leader and his deputies walked out a short time after the trial began in Cairo on Wednesday, citing chaos in the dock.

State-run newspaper al-Ahram reported that the more than 30 defendants had chanted slogans against the military and the government at the beginning of the trial. The military deposed president Mohammed Morsi of the Brotherhood in July.

The previous session of the trial on October 29 also ended when the judges withdrew, citing "reasons of conscience."

The defendants include Brotherhood chief Mohammed Badie and his two deputies, Khayrat al-Shater and Mohammed Bayoumi.

They are accused of inciting attacks on opponents in June 30 in Cairo in which nine people died and 91 were wounded.

Wednesday's trial comes two days after a court began hearing another case involving 14 Islamists, including Badie. They are also accused of inciting the murder of opponents.

Hundreds were killed in a military-backed crackdown on supporters of Morsi, who was Egypt's first democratically elected president.