As the year 2021 comes to an end, the One Free Press Coalition’s December list spotlights the ten most urgent cases of journalists’ imprisonments and killings around the globe. 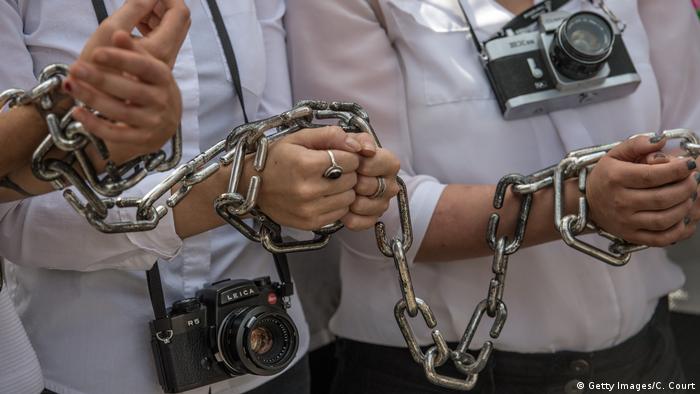 In December 2020, the Committee to Protect Journalists found that the number of 274 jailed journalists in the line of duty, had exceeded the high of 272 in 2016, according to their annual global survey. For the second year in a row, China was the ‘worst jailer’, followed by Turkey, Egypt, Saudi Arabia, Belarus, and Ethiopia.

As 2021 is coming to an end, the One Free Press Coalition spotlights ten cases of torture, harassment, and killings, from impunity to the imprisonment of journalists around the globe, in their “The Year in Press Freedom” December list.

Zhang Zhan has been on an ongoing hunger strike behind bars and is now in critically ill health. It has been nearly one year since the independent journalist was sentenced to four years in prison for “picking quarrels and provoking trouble” after publishing videos critical of the government’s COVID-19 response from Wuhan. 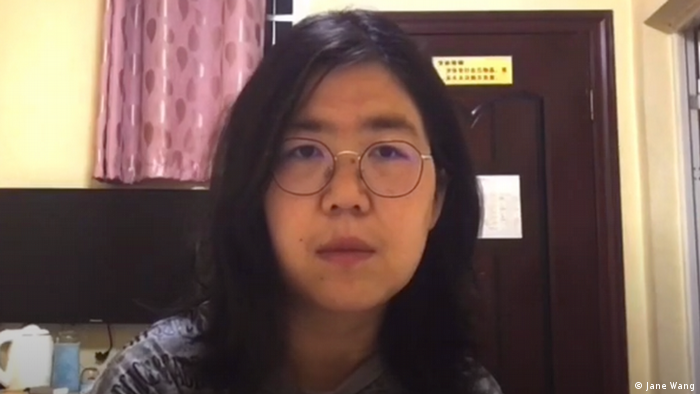 French journalist Olivier Dubois went missing in May while reporting on Al-Qaeda affiliated group Jamaa Nusrat al-Islam wal-Muslimin (JNIM). Days later, a video of Dubois was released, revealing he was held in JNIM custody. He remains missing, as his family continues to fight tirelessly to get answers as to his whereabouts.

In September 2020, police arrested local radio reporter April Ehrlich in Portland, OR, while she was covering evictions of people living in a city park. Police charged her with criminal trespassing, interfering with a peace officer, and resisting arrest. Some of these misdemeanors could come with prison terms up to 364 days and fines up to $6,250.

Cuban journalist covering social and political affairs in Cuba on his YouTube channel has been held in pre-trial detention for close to six months now on an investigation for the crimes of contempt and sharing enemy propaganda. The day before his arrest, he published a video reporting on pro-democracy leaflets being thrown off a Havana building.

Juan Lorenzo Holmann, publisher of La Prensa, and journalist Miguel Mendoza have been jailed since this summer—in a prison notorious for its poor conditions and torture—on sham charges in retaliation for their critical reporting and commentary. Their imprisonment comes at a time of escalated crackdowns on the press in the country, and as dozens of journalists have gone into exile.

News producer at Kayamut Media was imprisoned this past March under Article 505(a) of the penal code and another criminal charge for his journalism. His colleagues have said that while imprisoned, he has been tortured and deprived of food and water.

Ayşenur Parıldak, a court reporter for the shuttered daily Zaman, was arrested in 2016 as part of broader crackdowns against the press after the 2016 coup in Turkey. Her parole has been denied, despite the fact that other journalists with the same charges have since been released.

Ksenia Lutskina, an independent journalist, was arrested after participating in an event at the Press Club Belarus, where five club members were also arrested and all given spurious charges on tax evasion. If convicted, she could face seven years in prison. Lutskina, who has a brain tumor has been denied medical treatment while in detention.

Mina Khairi, an anchor at the local broadcaster Ariana News TV in Kabul, was killed this past June after unidentified attackers detonated an improvised explosive device attached to a van. Afghanistan ranks 5th on CPJ’s 2021 Impunity Index. 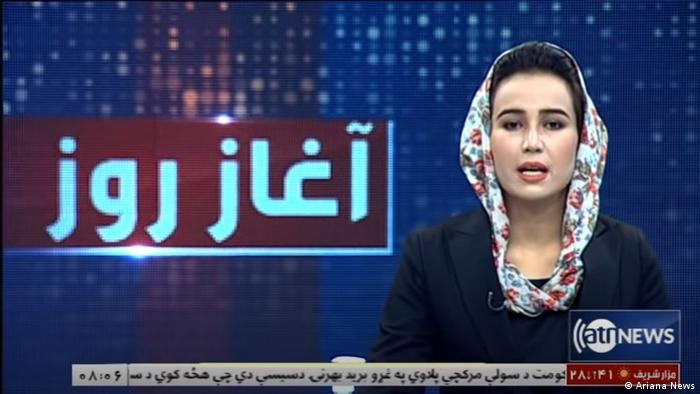 In June, Uttar Pradesh police filed a criminal complaint stating that they were opening an investigation into columnist and journalist, Rana Ayyub, as well as The Wire, and two other journalists. Ayyub has long been the target of online harassment and misinformation campaigns in response to her commentary and reporting.

*The One Free Press Coalition uses the collective audiences of member organizations like DW, Washington Post, Reuters and AP among others to stand up for journalists under attack for pursuing their work worldwide. The Coalition conceives and shares a list each month, highlighting journalists who are incarcerated, under threat or facing injustice.