For their multimedia project "Proyecto Rosa", three Colombian journalists won the German Development Media Award for Latin America. Marcela Peláez talks about giving a voice to those who do not have one. 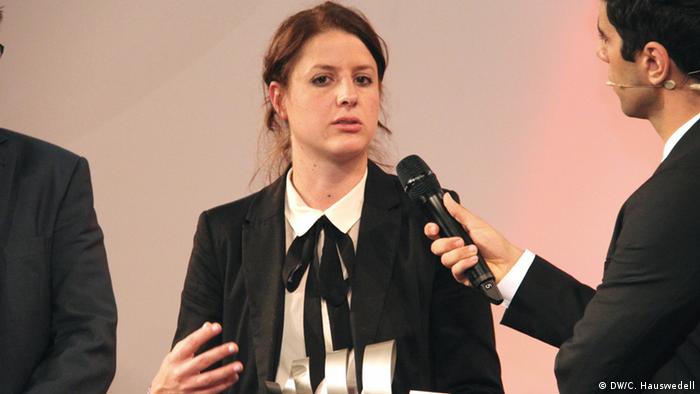 Tens of thousands of victims during Colombia's long and bloody civil war have never appeared in official records or statistics. They are the so-called "disappeared". The war has also resulted in thousands of others being forcibly evicted from their homes and land. "Proyecto Rosa" by journalists Olga Lozano, Marcela Peláez and Juanita León is named after Rosa Amelia Hernández. She was forcibly evicted from her land in 2001 and then, despite massive obstacles, decided to fight for her rights. Hers is a story shared by many others, explains Marcela Peláez.

What does it mean to have won the German Development Media Award for "Proyecto Rosa"?
It's meant a lot because one of the objectives of "Proyecto Rosa" was to cross international boundaries with Rosa's story and the reality of other victims in Colombia. We wanted to portray Rosa's experiences, and also those of thousands of other Colombians. Receiving this recognition in Germany means that we've been able to draw people's attention in other parts of the world to what's going on in our country.

What impressed you most during your stay in Germany? 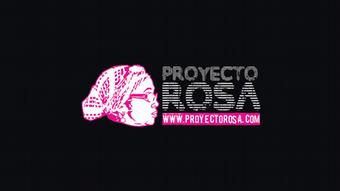 I was surprised to find that a project like "Proyecto Rosa" would be seen as "groundbreaking, original, and creative" in a German context, given that Germany is so advanced and progressive. I was also surprised by the great interest that Rosa's story, the situation of the Colombian victims, and the peace talks have generated.

Why did you focus on forced land evictions and disappeared persons?
We did a crowd-funding campaign with La Silla Vacìa's "super-users" to find out which subjects they wanted us to cover. Some of the money raised would then be used for working on the topic that won the most votes. We gave them some options and surprisingly the winning topic was about the victims - and that's never been the media's "best-seller". We thought about how to use different languages, forms, narratives and online tools to tell the story in a different way, and not just produce, for example, an article. We wanted to create a "living story" that would give a voice to those who don't have one.

"Proyecto Rosa" became a challenge because we needed to think outside the box. We wanted to prove that journalism didn't just have to be an information source, but that it could also be a piece of art. Prominent Colombian artists and musicians got involved, and with so many people willing to use their voice, fame and power to support the cause - well, that was motivating because we knew we had created something meaningful. Of course, Rosa Amelia Hernandez herself, her story and her courage have also been incredibly motivating for everyone involved in the project. 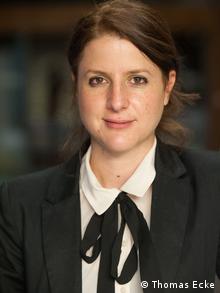 How are people in Colombia reacting to the project?
Extremely well. We launched "Proyecto Rosa" almost a year ago and we've been surprised by people's interest in supporting Rosa, in knowing more about her and about everything that relates to the victims' world. The project has also caught the attention of organizations and governmental institutions that focus on victims and land issues. The cultural scene is also interested because the project is original and creates ruptures in traditional guidelines that say what an online project should look like.

Do serious topics now have to be presented like this in order to draw people's attention?
There are many ways to present serious topics, but making them "friendlier" of course helps. "Proyecto Rosa" is just an example of what can be done, but it's certainly not the only way. One advantage nowadays is that the Internet offers so many possibilities and tools for creating a great piece that can be easily understood even if the topic is complicated. If we want to draw people's attention to topics like these, the most valuable tool is understanding digital storytelling and applying it creatively.

In terms of journalism, what are your future goals?

At La Silla Vacía we'll continue to be bold in analysing and informing the public about stories of power in Colombia, and in innovating how we understand and produce journalism. Countless projects are on the horizon - Colombia seems to be a never-ending source of unbelievable stories.


How difficult - or easy - is it to be a young journalist in Colombia?
There are thousands of journalists in Colombia and every year hundreds of students graduate, hoping to start a journalism career. It's very competitive and it's hard to get ahead. Plus, it can also be dangerous for journalists who are covering the armed conflict and other issues related to power.

How do you think the Colombian media will develop over the next five years?
I hope that we can have more independent and courageous voices that are relevant to the media and the public. And I'm hoping for a less biased and a more plural media.