Bayern Munich midfielder Joshua Kimmich defended his decision not to get vaccinated, insisting he is "not a COVID denier or anti-vaxxer." He was quizzed on the subject after his team's Bundesliga win over Hoffenheim. 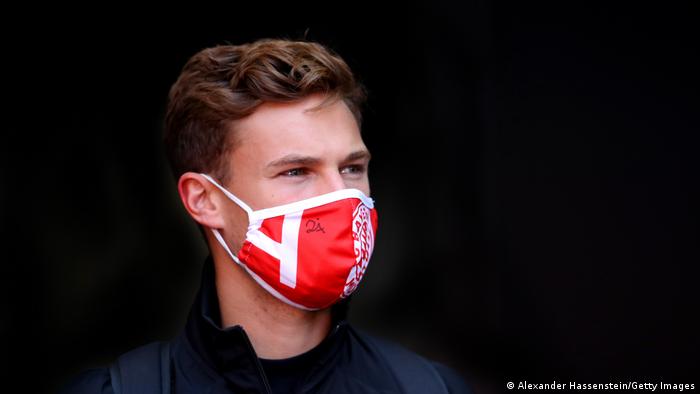 'Everyone should make the decision for themselves,' said Kimmich, regarding vaccines

For the second time in a week, Bayern Munich cruised to victory without Julian Nagelsmann watching on, the 34-year-old having tested positive for COVID-19 in Lisbon on Wednesday.

But, despite a comfortable 4-0 win over Hoffenheim, the subject of coronavirus still dominated, with Joshua Kimmich confirming pre-match reports in German tabloid Bild that he is yet to be vaccinated, with several other Bayern players believed to have refused the vaccine.

"I have concerns about the lack of long-term studies," he told broadcaster Sky Sport. "I am of course aware of my responsibility. I follow all hygiene measures and get tested every two to three days. Everyone should make the decision for themselves."

In March 2020, Kimmich co-founded a philanthropic initiative called WeKickCorona to support social and charitable organizations helping people struggling with the effects of the pandemic. "Solidarity is necessary because health is the most important thing, everyone can help," Kimmich is quoted as saying on the initiative's website.

Asked by Sky why he "doesn't practice what he preaches" with regards to his vaccination status, he responded: "That doesn't mean I don't practice what I preach. We've donated money to UNICEF so that they can make vaccines available in countries with no access to vaccines. If people decide they want to get vaccinated, we should do all we can to ensure that they can."

Kimmich: 'Not a COVID denier or an anti-vaxxer'

The Bayern and Germany midfielder also insisted that, despite his concerns, he is "not a COVID denier or an anti-vaxxer," saying: "I find it a shame that there is only vaccinated and unvaccinated in this debate. Unvaccinated then seems to equal COVID denier or anti-vaxxer. But there are other people who just have concerns, whatever their reasons, and I think we should respect that as long as they also stick to the measures." 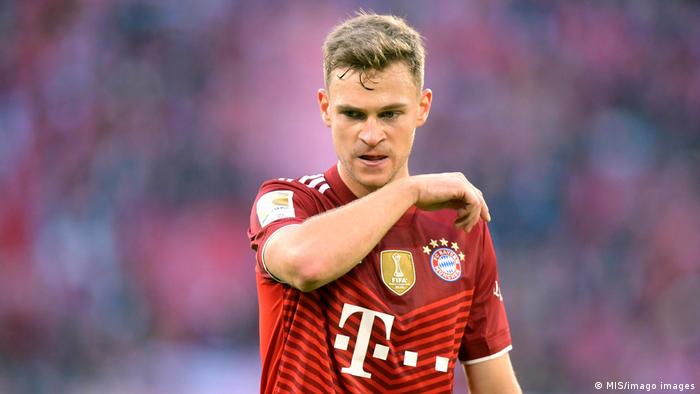 Kimmich is not vaccinated, but insists he is 'not a COVID denier or anti-vaxxer'

At the start of the season, Bayern coach Nagelsmann had claimed that Bayern Munich have "a significantly better vaccination rate than elsewhere in society," adding that that was "important and pleasing for us."

In May, the German Football League (DFL) officially recommended that all players get vaccinated and earlier said 94% of players in the Bundesliga and Bundesliga 2 had received a vaccine. For comparison, 95% of NBA players are vaccinated, and earlier this year the NFL announced that teams that experience a COVID-19 outbreak involving unvaccinated players would be liable to severe penalties, including fines and enforced forfeits.

No such pressure has been imposed by the DFL on the Bundesliga, or indeed on any of the top European leagues, leaving clubs vulnerable to outbreaks among unvaccinated playing and non-playing staff, of which the possible implications are obvious.

Kimmich: 'Possible that I will get vaccinated in future'

In Germany as a whole, approximately 70% of the population is vaccinated, and Kimmich didn't rule out getting vaccinated himself. "I'm not saying categorically that I won't get vaccinated, I just still have some concerns," he said, although he wouldn't elaborate. "It is absolutely possible that I will get vaccinated in future."

Also speaking on Sky, former Bayern Munich and Germany midfielder Dietmar Hamann questioned "how football can tell the fans that unvaccinated people can't go to the stadium while there are perhaps 10-15 players down there on the pitch who aren't vaccinated."

Though many German clubs, including Bayern Munich, operate a so-called 3G policy ("genesen, geimpft, getestet" or "recovered, vaccinated, tested") for admission to stadiums, some, such as Cologne, only accept "2G" — recovered or vaccinated — and don't accept negative test results from unvaccinated fans.

In recent weeks, fans of second-division clubs Dynamo Dresden and Hansa Rostock refused to travel to games away at Hamburg side St. Pauli because of the 2G policy. 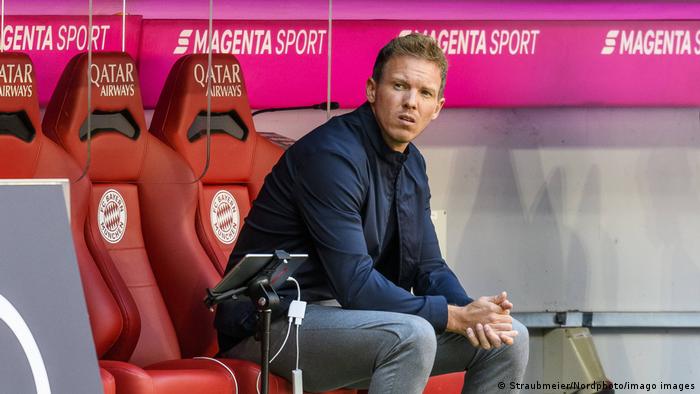 Nagelsmann: 'We encourage players to get vaccinated'

As for Nagelsmann, watching from isolation at home and reported to only be suffering mild symptoms, he reiterated his support for vaccines, but said: "There is still no obligation to get vaccinated in Germany or at Bayern Munich. We encourage it, and in my opinion it's a good thing, but I also won't force anybody."

His replacement on the touchline, assistant coach Dino Toppmöller, told press: "Every player has the chance to talk to club staff about the topic, where everything is explained to them. At the end of the day, Joshua has decided not to get vaccinated for the time being, and I respect his decision. That's the end of it for me."

On the field, Bayern remain imperious. In the past seven days, they have scored 14 goals and conceded just once. Title-winning form, of course, but on this evidence, this could be another one of those seasons where Bayern could sweep all before them.

The biggest compliment one can pay them is that they make winning routine, even expected. Only the greatest teams can reach that level of near-invincibility and the impact that has on the overall health of the league can be questioned again, but Bayern cannot be faulted for being this good. Since their hiccup against Eintracht Frankfurt two weeks ago, they've hit new heights. 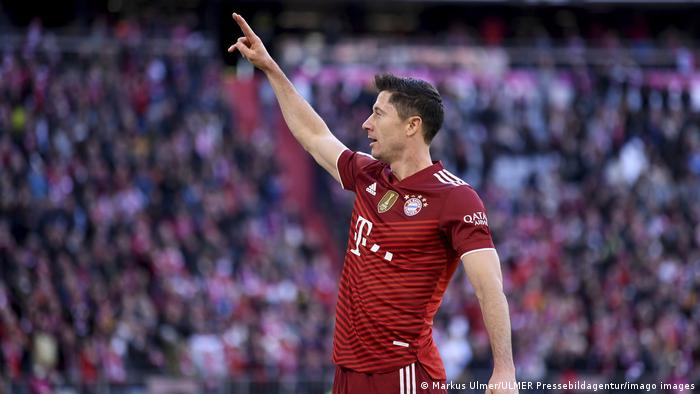 Lewandowski scored the pick of the goals against Hoffenheim, his eighth in 10 league games this season

This wasn't an explosive performance of the ilk seen last weekend in Leverkusen or in Lisbon in the Champions League, but it was another demonstration of efficiency. Leroy Sane came off the bench late on, with Leon Goretzka and Alphonso Davies given a weekend off. In came Jamal Musiala, Marcel Sabitzer and Omar Richards — and Bayern remained as effective as ever.

The pick of the goals was a first half bullet by Robert Lewandowski, but Serge Gnabry scored, too, with Eric Choupo-Moting and Kingsley Coman enjoying a confidence bump with goals off the bench. As for Hoffenheim, coach Sebastian Hoeness will reflect on how the team could have made life harder for Bayern, but in reality the quality gap was too great to bridge.