Jordan said on Sunday that it informed Israel's government that Amman would not renew an Israeli lease of two tracts of territory along the countries' border. Israel, however, said it intends to extend the deal.

"We are exercising our full sovereignty on our lands," Jordanian King Abdullah said.

As part of a 1994 peace treaty, Israel retained private land ownership and special travel rights in Baqura in the northwestern part of the kingdom and Ghamr in the south for 25 years, with a one-year notice period needed to keep the lease from automatically extending.

Abdullah was quoted by official news agency Petra as saying: "We have informed Israel [that we are putting] an end to the application of the peace treaty annexes regarding Baqura and Ghamr."

Baqura is a border area of 6 square kilometers (2.4 square miles) in Jordan's northern Irbid province, which is known as the Island of Peace, while Ghamr covers 4 square kilometers in the southern Aqaba province.

"We will enter into negotiations with the possibility of extending the existing arrangement. But there is no doubt, from a comprehensive perspective, that the entire agreement is an important asset, important and dear, to both countries," Netanyahu said. 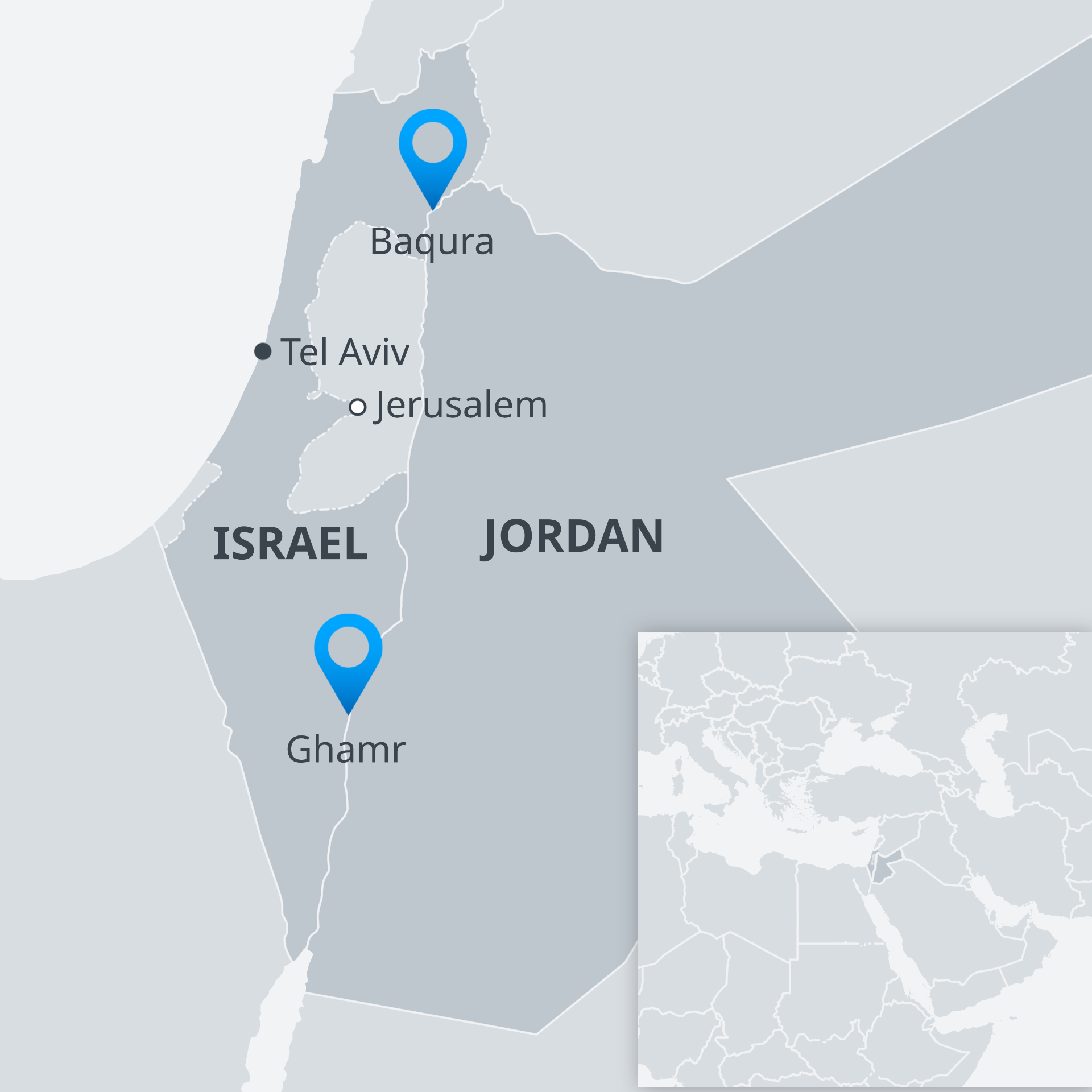 The monarch has been under increasing public pressure to end the leasing arrangements, which expire next year.

According to the Jordan Times, the issue is further complicated by Israeli citizens having "ownership rights" that date back to a 1926 concession given to a Russian-Jewish engineer to build a power station on part of the territory.

The newspaper cited former Jordanian Prime Minister, Abdul Salam Majali, who said that Jordan may be prepared to buy back the land.

Israeli Prime Minister Benjamin Netanyahu has suspended plans to demolish a Bedouin village in the West Bank amid international concern. The ICC has warned that evacuating Khan al-Ahmar could constitute a war crime. (21.10.2018)

The Quneitra crossing in the Israeli-occupied Golan Heights and a vital crossing between Jordan and Syria have reopened. The moves come as Syrian President Assad regains territory in the country's civil war. (15.10.2018)