The trial of six suspects who allegedly beat a 20-year-old man to death in Berlin last year, has begun. The prosecution’s main suspect was returned to Germany after fleeing to Turkey. 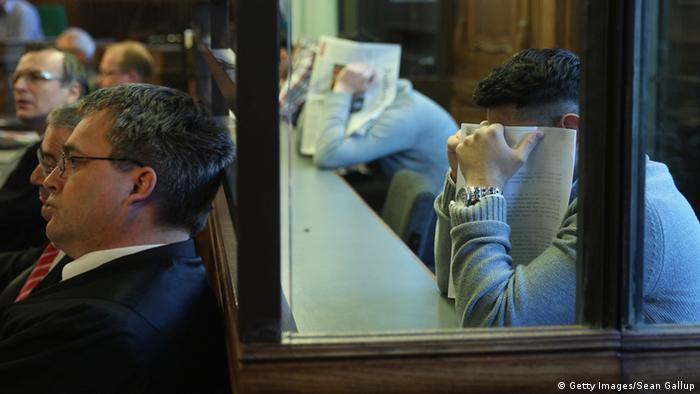 Seven months after the deadly attack and beating of Jonny K. at Berlin's Alexanderplatz, the trial of six suspects has begun.

The defendants, all between the ages of 19 and 24, must stand before a juvenile division of the Berlin District Court. Four are charged with grievous bodily harm resulting in death, and two are charged with aggravated assault.

Jonny K., a Thai-German student, was beaten so severely in October 2012 that he died shortly afterwards of a brain hemorrhage in hospital. A friend of Jonny K.'s who was also seriously injured in the attack will testify in the trial as a witness.

The case has sparked outrage nationwide and triggered a new debate on youth violence.

The victim's sister Tina K. will appear as a co-plaintiff. After the death of her brother, the 28-year-old has campaigned against violence and promoted civil courage engagement.

"I want to know who is to blame," she said before the start of the trial Monday. "I hope that this never happens again. These guys should tell you what happened and stop blaming each other."

A suspect on the run

Among the six defendants is the 19-year-old Onur U., whom the prosecution has indicted as the main perpetrator behind the attack.

After the alleged beating, he fled Germany for Turkey, where he holds citizenship. Following months of legal tug-of-war, the country handed Onur U. over to the German judiciary in April.

According to media reports, Chancellor Angela Merkel intervened on the topic in February while meeting with Turkish Prime Minister Recep Tayyip Erdogan.

The other four suspects were apprehended by the Berlin police.