The star choreographer presents his classic based on Shakespeare in a version that is more than just a ballet film.

No other artist was as creative and productive during the COVID lockdown period as 82-year-old Hamburg star choreographer, John Neumeier.

He and the dancers of the Hamburg Ballet took advantage of the performance-free time they had in the spring and summer of 2020 to create a touching piece inspired by social distancing, called Ghost Light.

Then, during the second Germany-wide lockdown in February 2021, Neumeier and his fellow dancers carried out another project that was long under wraps: a filmed version of the repertoire classic A Midsummer Night's Dream. 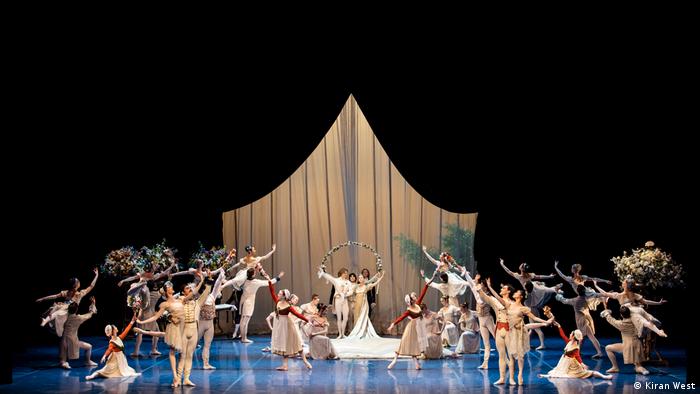 Shakespeare's classic as a ballet can now be seen worldwide

Directed by Myriam Hoyer, it was recorded under studio conditions and in 4K resolution in the empty Hamburg State Opera.

The film, just released on DVD, was screened in Hamburg on June 21, incidentally the longest day of the year. The exclusive screening was part of the program of the 46th Hamburg Ballet Days.

A ballet film of the highest quality

Neumeier's version of William Shakespeare's classic dates back to 1977 and features a dreamy choreographic tale about the trials and tribulations of love set to Mendelssohn Bartholdy's romantic music and spherical sounds by György Ligeti.

It became probably the most popular piece of the Hamburg Ballet. It saw more than 300 performances in Hamburg with different casts and entered the repertoire of other leading companies in the world, such as the Paris Opera Ballet and the Bolshoi Theater in Moscow.

"When the idea came up to film A Midsummer Night's Dream, I insisted that we plan a proper ballet film, which to my mind is something quite different from the cinematic documentation of a ballet," writes Neumeier in his short essay on the production. "I wanted to plant the audience into the ballet, to bring them closer to the action." 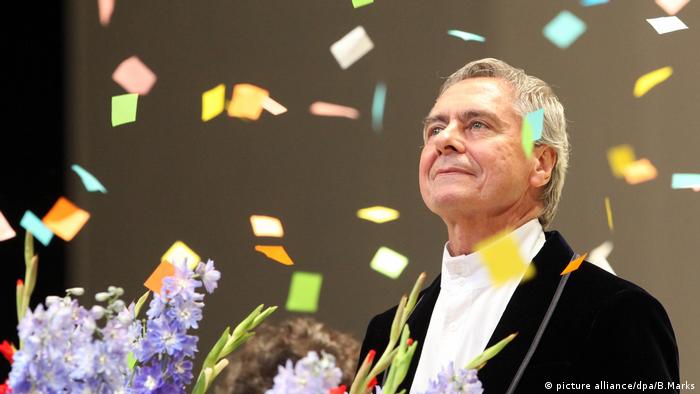 Up close and personal

This was perhaps the silver lining to the lockdown: The opera house was closed, and the dancers and the film team not only had plenty of time but were also able to use camera angles that would otherwise have been impossible in a live performance.

"We decided to produce like a kind of 'Hollywood movie,'" Elmar Kruse, the film's producer told DW. "That means that we executed every single scene on stage step-by-step and in different settings."

During the three-day shooting period, not a single run-through of the entire work was done. Work was done with multiple synchronized cameras. The rest was done during editing.

"What moves us when we watch a film is the immediacy of each moment," Neumeier explains. "We wanted every spark of truth flying toward us and touching us."

In a live performance, he says, you can only partially capture that, "apart from the fact that you act differently when you're performing in front of 2,000 spectators or in front of the one person looking at you in the film." 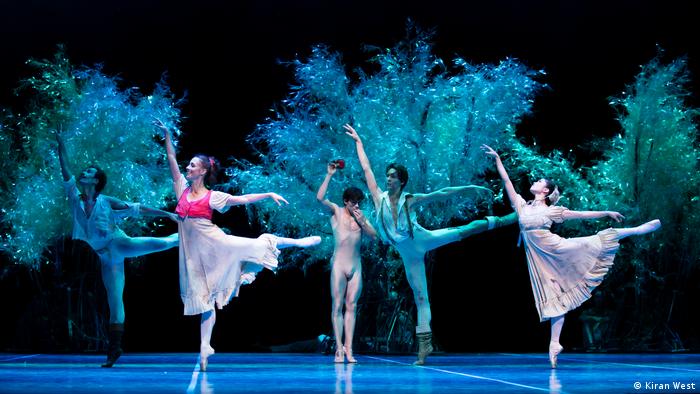 His brief to the dancers was "not to portray or imagine anything." You want to experience them just as they are — "here and now," he said. One literally zooms in on the dancers.

This approach was worthwhile especially for Neumeier's study of the mystery of love.

Neumeier's narrator distances himself from a romantic, schematic interpretation of Shakespeare's love drama and motivates the action psychologically by staging the whole plot as a personal dream of the character Hippolyta. 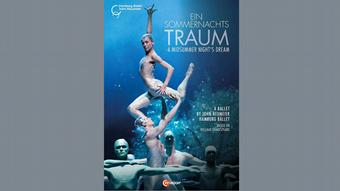 "The biggest challenge, of course, was that we had to make sure COVID didn't throw a spanner in the works," says Kruse. "And, of course, it was also important for all of us to maintain the suspense." The film team and the actors mastered both tasks. The result is a touching, delicate ballet film that also documents a piece of recent contemporary history.

And even if the audience, starved of live art performances, will soon be flocking to the opera houses and theaters again, this version of A Midsummer Night's Dream will certainly not lose any of its value. It is simply timeless — like Shakespeare's masterpiece itself.

On the Road with John Neumeier

On the Road with John Neumeier