Living together, dying together. In her debut book, Johanna Adorján explores the life of her Hungarian grandparents, compiling the fragments of their double suicide into a touching family story. 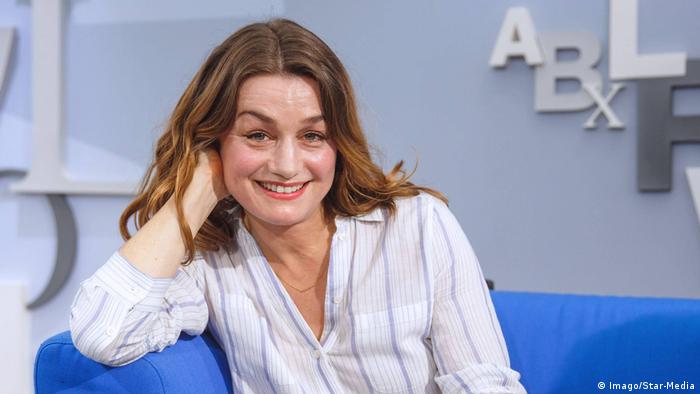 Not another family memoir written by a journalist, actor or celebrity. Another irreverent, navel-gazing biography, part of the flood of first-person tales of family life that include elegiac glorifications of personal neuroses.

Thankfully, when you open Johanna Adorján's memoir, such concerns disappear after only a few lines:

"On 13 October 1991 my grandparents killed themselves. It was a Sunday. Not really the ideal day of the week for suicide. On Sundays family members call each other, friends drop in to go walking their dogs with you. I'd have thought a Monday, for instance, much more suitable … I imagine that my grandmother was the first to wake that morning; I imagine her waking up, and her first thought is that this is the last morning she will ever wake up. She will never wake up again, and she will only go to sleep once more."

'An Exclusive Love' by Johanna Adorján

Adorján's sober, almost distant tone — concise and clear, yet complex — was her trademark as a journalist. Her debut novel not only maintains the writer's distinctive voice, but also the curiosity of a journalist as the narrator embarks on a search for clues. Driven by the hope of finding an explanation for this seemingly senseless double suicide, Adorjan interviews friends and relatives while traveling to the places in which her grandparents spent their lives.

Hungarian Jews who survived the Holocaust and emigrated to Denmark during the Budapest revolution in 1956, Adorján's grandparents were a dazzling couple who looked like aging Hollywood stars. They had style, elegance and throughout their lives cultivated their quirks — including chain-smoking.

"They step out of a cloud of perfume and cigarette smoke. They have the deepest voices ever heard."

When the grandfather Istvan becomes terminally ill, his wife Vera does not want to live without him. Even in death, they do not want to be alone. The couple are found two days after their joint suicide in their bed dressed in fresh nightwear. Everything is perfectly tidy. All was meticulously prepared in what was no hasty crime of passion but a deliberate and monstrous act.

How does such a double suicide affect the bereaved? What exactly happened? Could one have prevented it? Unremitting uncertainty, questions tainted with guilty feelings — Johanna Adorján seeks answers to placate her grief. Her novel is an attempt at reconstruction.

But in the end, there are no easy answers, no truths to guard against the horror. What remains is the touching story of an "exclusive" and unconditional love.

Johanna Adorján (born in Stockholm in 1971) worked from 2001 to June 2016 among the editorial staff of the Frankfurter Allgemeine Sonntagszeitung, then for the Süddeutsche Zeitung. She was named Cultural Journalist of the Year in 2017. An Exclusive Love has been translated into 18 languages.