The European Championships will be the final act of a defining era for the German national team under Joachim Löw. The 61-year-old is looking to set plans in stone, starting with Wednesday's friendly against Denmark. 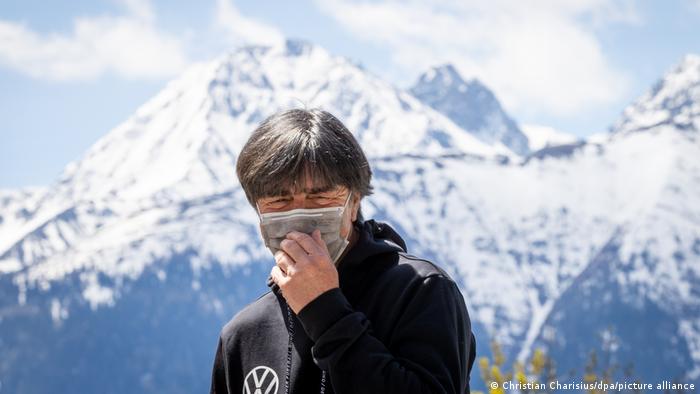 Joachim Löw and Germany have begun EURO 2020 preparations in earnest at their training camp in Seefeld, Austria.

In the final act of a defining era, Germany head coach Joachim Löw is looking to shape a tournament-winning side as he attempts to add the Euro 2020 crown to his famous World Cup win of 2014.

In Mats Hummels and Thomas Müller, the 61-year-old has recalled two members of the side that triumphed in Brazil, but doubts remain as to whether old blood can instill new hope following a run of form that has cost Germany's standing in world football.

Löw is aware that his popularity among German fans has waned in recent years. With the exception of the 2017 Confederations Cup, his side have flattered to deceive during a never-ending post-2014 transitional period.

With every unconvincing performance that followed, interest levels surrounding the Nationalmannschaft diminished in the same way their world dominance did.

Since announcing his decision to step down after Euro 2020 back in March, Löw has often talked about wanting "to win over the fans of German football" once again. When asked by a fan during a recent meet-up how he plans to inspire those at home, a measured and short response concluded that he feels the players "are ready to do something special."

It was an answer that feeds the narrative of Germany and Löw's being "all talk and no walk" at present.

The year 2020 was a calendar year to forget, culminating in a 6-0 humbling at the hands of Spain. Afterward, Löw admitted that his approach had verged on arrogance and promised to be less "considered" during his farewell tour. 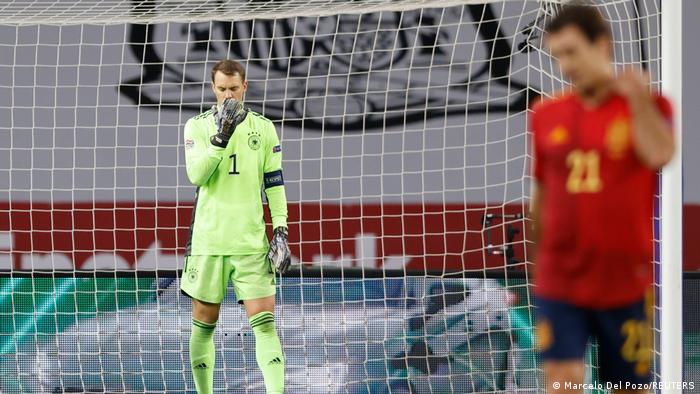 Yet Germany's performances in 2021 did little to paper over the cracks, as a loss to the minnows of North Macedonia robbed them of the momentum generated by wins over Iceland and Romania. Now with Euro 2020 preparations underway in earnest, Löw is attempting to burn up the form book to shape a tournament-winning side.

Germany has a squad capable of beating the world's best and adding an extra three Champions League winner's medals to their pedigree hasn’t hurt their cause.

"Games like that at the very highest level help advance every player: It was an incredible evening," Löw said of Chelsea's European heroics, inspired by the club's German contingent of Antonio Rüdiger, Timo Werner and match-winner Kai Havertz.

It's now up to the 61-year-old to stimulate that same winning mindset in a talented 26-man squad that is full of players keen to prove those that have written them off, wrong.

Müller wants to be 'the catalyst'

Chief among them is Thomas Müller. "My DFB quarantine lasted a little longer than 14 days, namely two-and-a-half years," joked the 100-time German international, whose last cap was earned for a substitute appearance in a 2-2 draw with the Netherlands in November 2018.

Müller and Hummels back in Germany squad

"I want to be the catalyst who can ignite the turbo in the team," Müller said as his more serious side emerged when talking about his own personal ambitions.

"I expect myself to reach my performance limits both physically, technically and tactically, and to bring in what has made me strong over the last year and a half," he said.

Whether Müller will play in the hole behind Germany's front three or as a lone-striker alternative, remains to be seen.

Löw has cycled through a host of formations in recent years, but settled on a 4-3-3 in each of Germany's outings in 2021. For the first warm-up act before their Euro 2020 opener against France on June 15, Germany will face Denmark in Innsbruck on Wednesday without seven big-name players.

Champions League winners Havertz, Rüdiger and Werner, plus Manchester City's Ilkay Gündogan, are yet to join up with the squad, while Bayern Munich pair Jamal Musiala and Leon Goretzka are recovering from muscular injuries. Elsewhere, Toni Kroos was a late arrival due to a 14-day quarantine period enforced following a positive COVID-19 test.

As a result, Wednesday's clash won't provide a full picture of Germany's standing pre-tournament, but the aim for Löw's final act remains clear.

"Tournaments are the be-all and end-all for me," Löw told reporters back in March. With the exception of the shambolic World Cup campaign in 2018, the Black Forest native has reached the semifinals of every major tournament during his 17-year tenure.

"I expect my side to put everything on the line, set the footballing tone and show that we are a passionate team that fights doggedly to win."