Jewish history, passed on from tenant to tenant | Germany | News and in-depth reporting from Berlin and beyond | DW | 08.05.2017

Jewish history, passed on from tenant to tenant

Berlin residents are taking part in an initiative called Denk Mal am Ort (Open Jewish Homes), which pays tribute to persecuted and deported Jewish families who once lived in their apartments. Silke Ballweg reports. 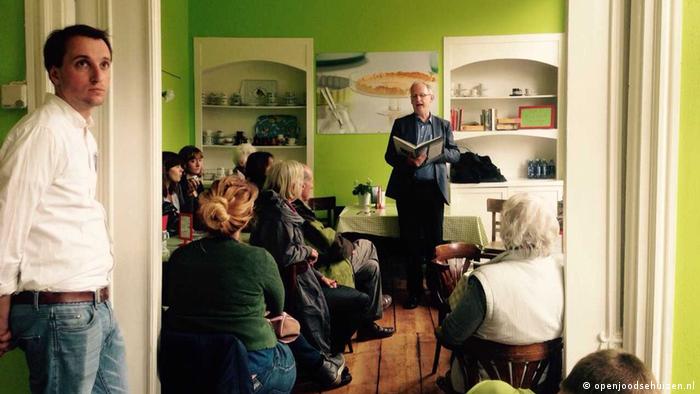 "Follow me," says Rachel R. Mann, as she goes down a few steps into an old cellar. "I hid back there for several months," the 80-year-old says, pointing to an old wooden door.

The little basement hideout now filled with mattresses and junk, located in an apartment building in Berlin's Schöneberg district, saved the woman's life 70 years ago. The then-7-year-old Jewish girl hid there during the final months of World War II, evading deportation by the Nazis.

On May 8, the anniversary of the end of World War II, the Denk Mal am Ort (Open Jewish Homes) project in Berlin is paying tribute to families who once lived in the German capital. Around 55,000 people were deported from Berlin between 1941 and 1943. Usually new tenants moved into the apartments shortly after the Jews had been driven away.

The project is based on an idea by Denise Citroen of the Netherlands, who started the "Open Jewish Homes" project in her home country in 2012. Project participants researched the history of Jewish families in their neighborhood. A few years ago, people in Berlin took an interest in researching the history of their apartments. "Denk Mal am Ort" presents several of the personal stories that have been uncovered. 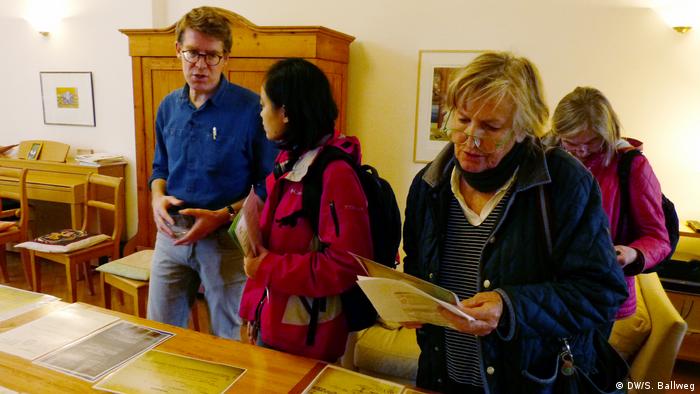 For the project, Holocaust survivors and tenants who live in apartments where Jews once lived open their homes to the public on selected weekends to honor the former inhabitants. Survivors like Rachel R. Mann recount their own experiences.

"We lived in the back building on the third floor," Mann tells the roughly 30 visitors who came to hear her story. "At the time, a big yellow star was stuck on our apartment door to show that Jews lived here, so I always talked about the 'star apartment' when I was a little girl."

The elderly woman only survived the Holocaust through luck and the help of others. Mann happened to be visiting a neighbor when the Nazis came to deport her mother. After her mother's disappearance, that same neighbor took Mann in and cared for her. At some point, however, the neighbor feared the situation had become too risky and she then hid Mann in the cellar. 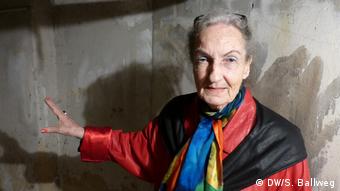 "She brought me something to eat every day, and sometimes she brought me up to her apartment so I could take a bath," Mann recounts in the dark, cool cellar 70 years later. "I was down here until the end of the war - until the Russians invaded Berlin in April 1945 and then found me in the hideout."

From Berlin to Buenos Aires

The journalist Hugh Williamson has extensively researched the history of past tenants of his apartment. The flat where he now lives with his wife Anke Hasse was once home to the Katzenellebogen family in the 1930s. "I feel deeply moved knowing who lived in these rooms and had to experience so much suffering," he says. 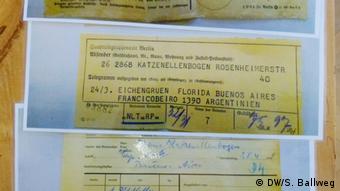 A telegram to the Katzenellenbogen family, who fled to Argentina

In 2011, Williamson, originally from England, found out more about the fate of the former tenants. "The family owned three household supply stores in the city; one of them was just around the corner," he explains. "In 1939, they fled to Argentina where they then lived in poverty." He said he was glad to have found out a bit about the fate of the family and to share the knowledge with others who were interested in the story.

In their apartment, Williamson and his wife displayed copies of documents they found about the Katzenellenbogen family in Berlin's city archives. Among the documents are a list of items confiscated by the Nazis and a letter in which the family demanded compensation from the German state after the Second World War.

"It is very touching to see the apartments from which Jews were driven away," says Hiltrud Lupjahn, a visitor who toured several other apartments that day. "It is something you can touch. You can openly view the people's old apartments; you can see everything they lost."