Former Florida Governor Jeb Bush has said he has decided to "explore the possibility of running for president" in the 2016 US election. His sibling George W Bush was US president between 2001 and 2009. 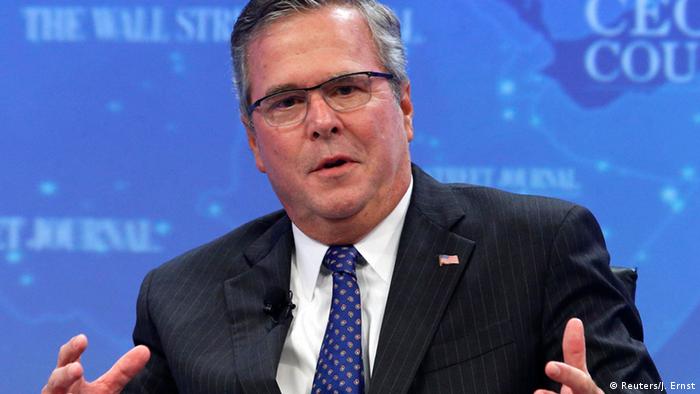 The Republican announced on Tuesday via Facebook and Twitter that he was considering throwing his hat into the presidential ring. His said his decision came after consulting his family "and thoughtful consideration of the kind of strong leadership [he thinks] America needs."

The former Florida governor said he also planned to establish a Leadership [Political Action Committee] (PAC) in January to help him "facilitate conversations with citizens across America to discuss the most critical challenges facing our exceptional nation."

"The PAC's purpose," Bush added, "will be to support leaders, ideas and policies that will expand opportunity and prosperity for all Americans."

"In the coming months, I hope to visit with many of you and have a conversation about restoring the promise of America," Bush wrote.

Should he decide to run for the presidency, Bush would be likely to tap into his family's vast political network and attract strong support from the same donor pool that other establishment-minded Republicans need to fuel their own prospective campaigns.

However, his largely centrist positions and seven-year absence from the political scene could be detrimental when vying for the support of the conservative Republican base in his party's primaries.

The former US Secretary of State and former First Lady, Hillary Clinton, is currently the presumptive frontrunner for the 2016 Democratic ticket.