Protecting sources is an important aspect of press freedom and journalism. The president of the European Newspaper Publisher's Association (ENPA) sees dangers in a new EU proposal for electronic data transfer. 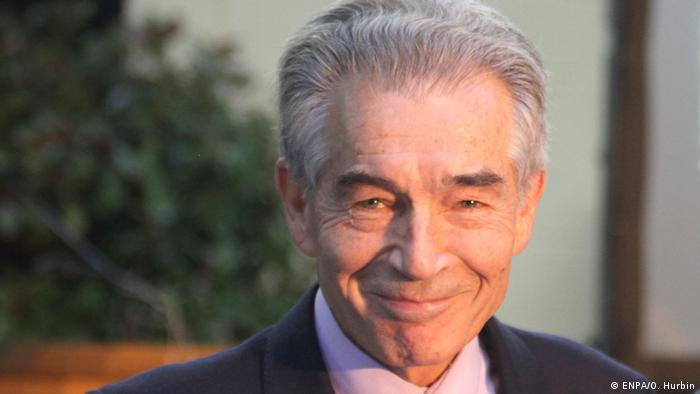 Media diversity is essential for the functioning of democratic societies. Is the European newspaper market diverse and innovative enough? And could the EU help with introducing more diversity into the fold?

Innovation requires sustainable revenues in times of ongoing digital transformation. Press publishers need a legal framework which allows and incentivizes the sector to thrive, to continue investing in quality content and to innovate in their online offerings.

This is why the Digital Markets Act, which the European Commission presented in December 2020, will be a key instrument for the press sector. It will introduce ex-ante regulation for "gatekeepers" of the digital economy in the form of a list of prohibitions on certain behaviors. It is crucial to safeguard the freedom of journalistic and editorial media against market dominant platforms before any proven harmful market abuse or abuse of dominant position has been determined by competent competition regulators.

The EU Commission also presented the Digital Services Act. Herein, we see a risk, if it creates additional burden for the publishers and the editorial and commercial platforms they operate. We advocate for publishers’ platforms to be left out of the scope of the proposal, because they would likely disappear should they be subjected to additional burdens, financial or otherwise.

The ENPA is looking at intermediaries like Google, highlighting their lack of fair competition. What exactly is it that you find to be unfair at present?

Increasingly, market dominant platforms decide if, where and how citizens can use and access journalistic and editorial offerings. Google, Apple and Facebook have now secured permanent and exclusive access to a vast majority of citizens by establishing and enjoying quasi-monopolies in key areas of our digital daily lives.

They decide which media or content is accessible and under which conditions. They determine, if and how the selected media or content is available, visible, findable and accessible. And they can access an unparalleled pool of user data and the technical capabilities to process it in-house, while simultaneously acting as competitors and controllers of the whole process. They have relevant and obvious advantages – especially in the advertising market.

Protecting sources is an important part of press freedom, and is seen as a vested right in democracies. To what extent does the EU Commission's proposal on electronic data transfer (the so-called E-evidence regulation) threaten this right?

The E-evidence proposal jeopardizes the protection of sources, editorial secrecy and press freedom. It would allow EU member states to obtain journalistic data directly from a service provider based in a different member state.

As such, the proposal would open the door for intentional and unintentional interference in press and media freedom. ENPA - among others - have therefore strongly opposed the possibility of such direct cross-border data requests without sufficient safeguards. Journalists rely on the use of electronic communication to conduct journalistic research, to interact with informants and sources as well as to store information online.

The possibility for a member state to obtain all sorts of often sensitive journalistic data without the necessary safeguards would lead to repercussions for publishers and journalists, while putting at risk informants and sources.

As the inter-institutional negotiations on this proposal will start soon, we call on European decision-makers to at least preserve the already limited procedural safeguards introduced by the European Parliament.

Press freedom is under threat around the world, including Europe. Authoritarianism is on the rise. How does ENPA defend media freedom under such circumstances?

When issues arise in individual EU member states, ENPA immediately raises its concern directly with the EU Commission, for instance when laws are abused. As for the worrying developments of media freedom in Eastern Europe, ENPA believes it is part of its duties to shed light on ongoing abusive practices and provide information on that.

Media freedom is also being undermined elsewhere: On the EU level, the Commission last December proposed through its European Democracy Action Plan tools to reinforce the collaboration between fact-checkers and platforms. We are deeply concerned about this approach where platforms and third parties would decide which of our publications are trustworthy, and are therefore promoted on gatekeeper platforms - and which ones pushed to irrelevance.

Instead, the audience should continue to decide which publications are trustworthy or not, and there should be a no-discrimination obligation in the ranking of dominant platforms.

Jean-Pierre de Kerraoul is the president of the European Newspaper Publisher's Association (ENPA). ENPA represents the interests of more than 5,200 newspapers and their publishers from 25 EU countries - including its dealings with EU policy and legislation. De Kerraoul is a French publisher and President of the Sogemedia Group, a group which publishes 18 regional weeklies. He is also the publisher of several magazines.