The exoneration of a Nepalese man who served 15 years in a Japanese jail for a murder he did not commit raises questions about the judicial system in a country that refuses to scrap the death penalty. 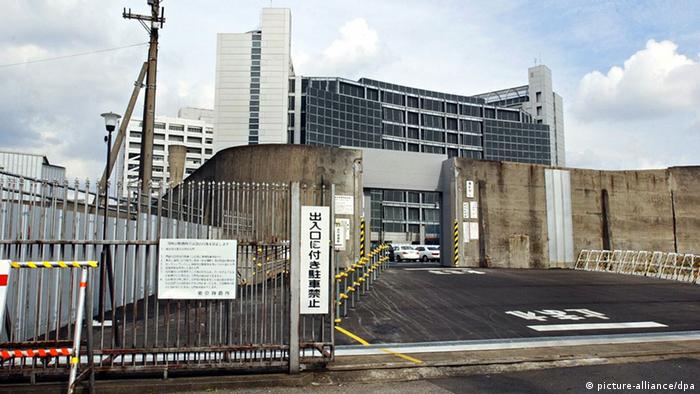 The Tokyo High Court on Wednesday finally acquitted 46-year-old Govinda Prasad Mainali of the murder of a Japanese woman in 1997. Prosecutors had already admitted at a brief retrial in late October that new DNA evidence proved Mainali could not be guilty of the crime. He returned to Nepal in June after the DNA test.

Prosecutors offered an apology to Mainali on Wednesday but insisted that they had acted appropriately in their handling of the case.

Speaking to the local media in the Nepalese capital Kathmandu after hearing the court's decision, Mainali was clearly not ready to accept the judicial authorities' expressions of regret. 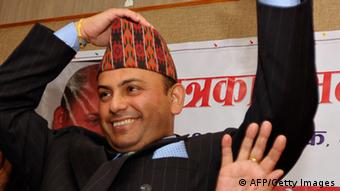 Govinda Prasad Mainali was freed after spending 15 jears in jail

He had been originally acquitted by a lower court only for a more senior judge to overturn that decision, and he was then denied repeated requests for a retrial during his 15 years in prison. Moreover, it was recently discovered that the authorities failed to provide his defense with evidence that could have cleared his name at the outset of the case.

"Japan's police, administration and all those responsible for my imprisonment that resulted from the concealment of crucial and decisive evidence and the absence of a fair trial should admit their mistake and apologize to me, my family and my nation," Mainali said at a press conference.

"If DNA tests had not been conducted on important evidence from the site of the crime, I would still be rotting in prison and would probably die there," he said.

It is only the eighth time since the end of World War II that someone sentenced to death or a life prison term has been granted a retrial and subsequently acquitted in Japan.

There are concerns that other cases have not come to light and that innocent individuals languish behind the bars of Japan's notoriously strict prisons.

In early 2010, Toshikazu Sugaya was released from prison after serving more than 17 years in prison on the strength of inaccurate DNA evidence and a coerced confession to the sexual assault and murder of a girl aged four in the city of Ashikaga in 1991.

In 2010, Haruhiko Kataoka completed a 16-month prison term after being involved in a collision with a police motorbike in which the motorcyclist was killed. Despite all the evidence and witnesses' testimony to the contrary, Kataoka was blamed for causing the accident and charged with professional negligence resulting in death. 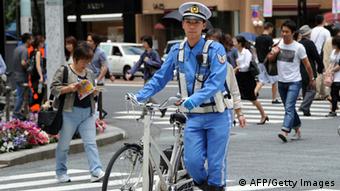 Japanese police officers are accused of committing crimes themselves

He continues the fight to clear his name and is supported by Toshiro Senba, a former police officer who acts on behalf of others wrongly accused of crimes and describes the Japanese police as "a criminal organization."

Senba retired from the Ehime Prefectural Police in March 2010, after 36 years on the force. After refusing to falsify expenses forms, he was never promoted again, was regularly transferred between unappealing assignments and had his pistol taken away on the grounds that he might pose a danger to others.

"The Japanese police are a criminal organization and the senior officers of the force are all criminals," Senba said. "Of all the companies and organizations in Japan, only the 'yakuza' and the police commit crimes on a daily basis. That includes building up slush funds."

In another notorious case, 76-year-old Iwao Hakamada has been in solitary confinement for over four decades after being sentenced to death in June 1966 for killing four people. Numerous appeals and requests for a retrial have been turned down.

The former professional boxer's lawyers say his mental condition has deteriorated to the point that he no longer even understands he is in prison.

"Sometimes he has better days, sometimes his mental condition is very bad," Hideyo Ogawa, his defense attorney, said at a press conference announcing another appeal in 2009. "There are days when he refuses to meet me or the members of his family. He refuses to come out of his cell and says he is too busy."

The case regularly attracts attention in Japan because Hakamada was questioned for 22 days without a lawyer. Sometimes he was interrogated for 16 hours a day. He finally confessed to breaking into a house in the town of Shimizu and killing a family of four.

Clothing linked to the case did not fit Hakamada and the alleged murder weapon did not match the wounds on the bodies. Prosecutors did, however, have a signed confession.

In court, Hakamada withdrew his confession and claimed the officers had slapped him, pulled his hair and threatened to summon his mother for questioning.

Two senior judges sentenced Hakamada to death; the third judge felt so strongly that a miscarriage of justice had occurred that he resigned and became a defense lawyer. 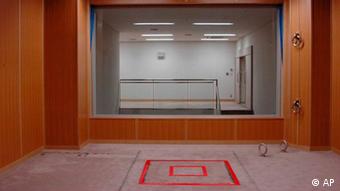 Over 80 percent of Japanese support the death penalty

There were 129 prisoners on death row in Japan as of the end of 2011. Many have developed mental health problems, the rights group Amnesty International claims, often stemming from the fact that prisoners only learn they are to be executed on the morning of their death. Relatives then receive a bill for the disposal of the body.

In a 72-page report, Amnesty has called on the Japanese government to impose a moratorium on hangings. The European Union and the United Nations have also brought pressure to bear on Japan to end its use of the death penalty.

The Japanese public remains broadly in favor of the death penalty - a recent survey put the support rate at 81 percent - and petitions have been started by relatives of victims of particularly gruesome crimes that quickly attract tens of thousands of signatures.

Japan has hanged three death-row inmates, ending the longest period in almost two decades where no executions were carried out. The men had all been charged with multiple homicides. (29.03.2012)

Human rights group Amnesty International has highlighted how prisoners on death row in Japan are being driven into insanity by the inhumane conditions of their confinement. Calling Japan’s practice of capital punishment “an anomaly” among the major developed nations, the international rights group is demanding the suspension of the death penalty there. (05.10.2009)

The execution of a Saudi Arabian protester, charged with crimes allegedly committed as a minor, could happen soon, right groups have said. They fear his death could be part of a larger upcoming mass execution.

At least 52 people now dead after a rocket strike in eastern Ukraine as civilians tried to evacuate to safer parts of the country. German and British leaders expressed horror over the attack.