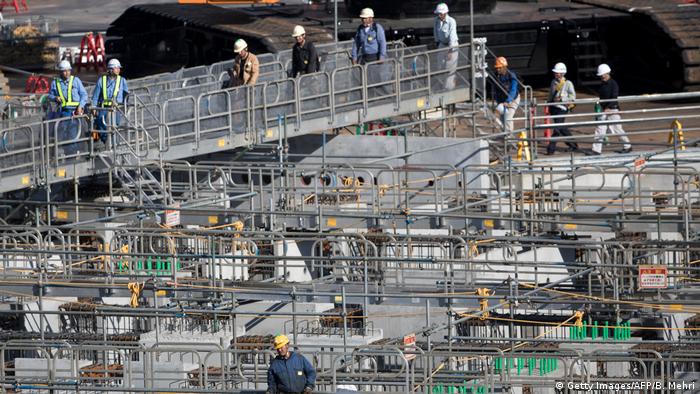 Under the new system, the government plans to bring in up to 345,000 foreign blue-collar workers in the construction, food services, nursing and other sectors.

Immigration has long been a sensitive issue in the homogeneous country of 127 million people, but businesses have pressed for more foreign workers due to Japan's shrinking and aging population.

The legislation, which goes into effect in April, was passed through parliament's upper house despite opposition concerns it does not address the impact on Japanese society and fails to protect foreign workers' rights. It passed the lower house of parliament in November.

The new system creates two new categories of worker visas. One type allows unskilled foreign workers to obtain a five-year visa, but they cannot bring their family. A second visa is for more skilled foreigners who pass a Japanese language test. They will be able to extend the visa indefinitely, bring their families and eventually apply for residency.

Japan already has a "technical training" program for about 260,000workers from mostly Asian countries. The program has been criticized for abusive labor practices.

"We should not create a new system hastily without reviewing the technical training program in which problems are mounting," Yoshifu Arita, an opposition lawmaker, told parliament.

Abe has been keen to help businesses find workers in a tight labor market with unemployment around 2.5 percent.

However, he has insisted the new system doesn't amount to an "immigration policy" amid concern from conservatives in his party that more foreigners will lead to crime and social divisions.

EU and Japanese officials have reached agreement "in principle" on a free trade deal. Both the EU and Japan have stressed that the pact is a rejection of the kind of protectionism US President Donald Trump advocates. (06.07.2017)

Japan's Labor Ministry has reported a record number of foreign workers for 2016 despite the Asian nation's general reluctance to accept migrants. But the labor-strapped country has no other choice. (27.01.2017)