Japan in longest economic expansion in a decade | Business | Economy and finance news from a German perspective | DW | 18.05.2017

Japan in longest economic expansion in a decade

The world's third-largest economy has grown again in the first quarter, marking a long string of gains since 2006. But analysts warned that the nation's long battle to conquer deflation was far from over. 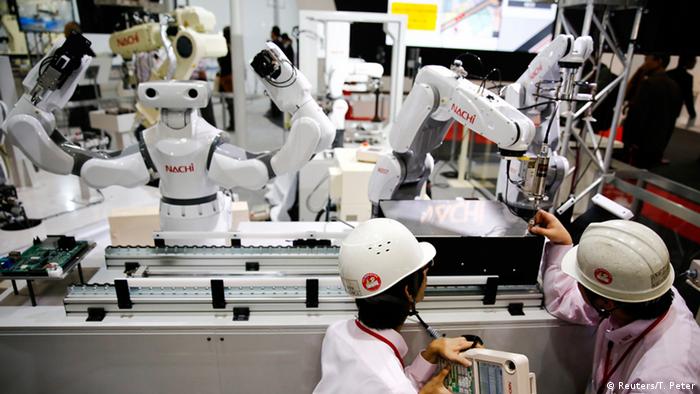 The latest reading meant the country had had its longest string of gains since 2006. The figures were good news for Prime Minister Shinzo Abe, who came to power in late 2012 on a pledge to reignite Japan's economy with a plan dubbed Abenomics.

The scheme is a mix of huge monetary easing, government spending and reforms and has stoked a stock market rally and fattened corporate profits. But there's been growing criticism about the plan's muted impact on the wider economy.

The specter of deflation

An improving global outlook with strong demand for Japanese smartphone parts, memory chips and construction machinery has been a positive sign. The same goes for the prospect of increased investment activities linked to Tokyo's 2020 Olympics.

Consumer spending remains tepid, though. "Public works spending is helping prop up growth this year, but it's tough to imagine that private spending is going to be a driving force for the economy," Norinchukin Research Institute economist Takeshi Minami said in a statement.

The Bank of Japan, aiming to achieve 2-percent inflation as a key part of the nation's growth bid, now expects to reach that goal by 2019, four years later than originally planned.