Japan's capital has held its first evacuation drill in decades, as residents scrambled for cover in subway stations and underground basements. Over 20 such drills have been held nationwide amid threats from North Korea. 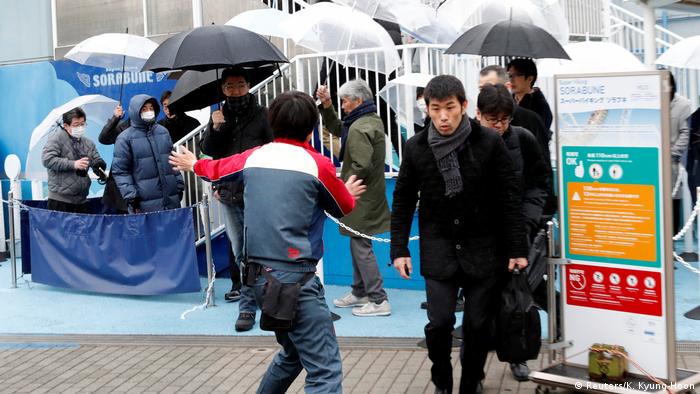 Hundreds of Tokyo residents huddled together into subway stations and an amusement park basement on Monday, as the Japanese capital held its first evacuation drill for a military attack since World War II.

Around 300 volunteers took part in the choreographed exercise, which was staged at the Tokyo Dome. 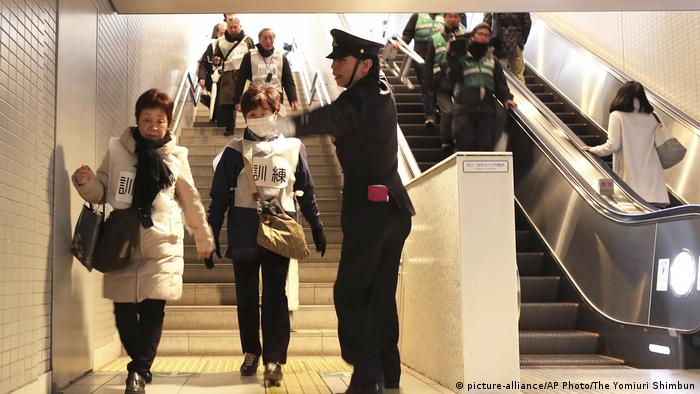 Tokyo Police ushered hundreds of volunteers into a subway station, one of the many designated shelters in the event of an attack.

A loudspeaker in the park rang out a terrifying warning, urging people to seek shelter indoors or underground as the drill began.

"An advisory about a missile launch was just issued. Everyone, please stay calm and seek shelter in the basement," the announcement blared. "Those who are already indoors, please stay there." A security guard ran across the complex, shouting "A missile was launched!"

Following the drill, Japanese government official Hiroyuku Suenaga told volunteers that "a missile from North Korea would arrive in less than 10 minutes and the first alert would come about three minutes after launch, which gives us only around five minutes to find shelter." 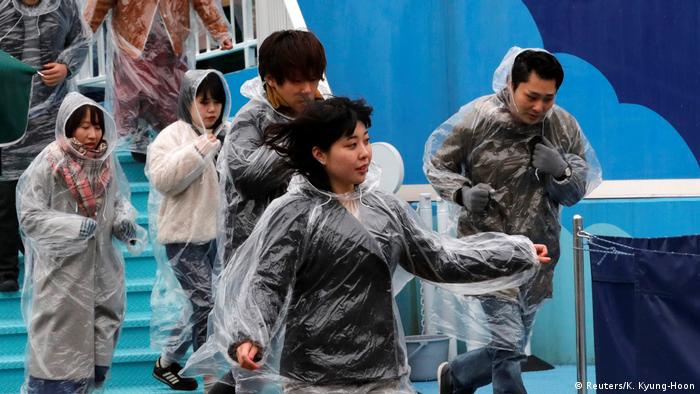 Volunteers were ordered to evacuate the amusement park as quickly as possible as attack scenario played out.

The drill received a mixed response. While some volunteers welcomed the idea, it also attracted a number of protestors who criticizes as part of the Japanese government's war games.

"I think it's better than nothing to have such a drill, but I am praying there is no missile attack from the North," said Shota Matsushima, a 20-year-old university student.

However, Mari Chihara, a 68-year-old protestor, accused the exercises of "fanning missile scare among the Japanese people and their animosity toward North Korea." Ikie Kamioka, 77, pointed that no amount of preparedness would help survive a nuclear attack. "You won't survive if a war occurs. A nuclear war would devastate everything," she said. 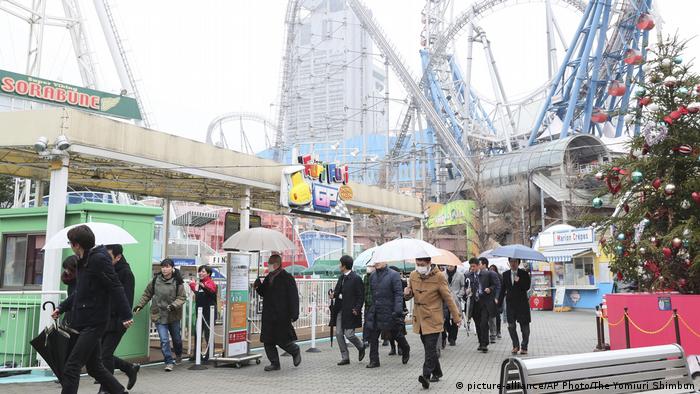 Residents and office workers evacuate during the drill

A new type of drill

Citizens in earthquake-prone Japan are familiar with drills simulating natural disasters. Such evacuations are even seen as seasonal rituals with schools, workplaces and care homes all taking part.

The North Korean regime has singled out Japan for being a key US ally in the region, threatening to "sink" the country into the sea and to turn it into "ashes."