Jamaican coral reefs get a helping hand | Environment | All topics from climate change to conservation | DW | 21.08.2014

Jamaica may be known for its sun and sea, but under the waves the country is batting to rebuild its coral reefs. Manmade reefs have begun to see success after the island's corals were decimated by disease and pollution. 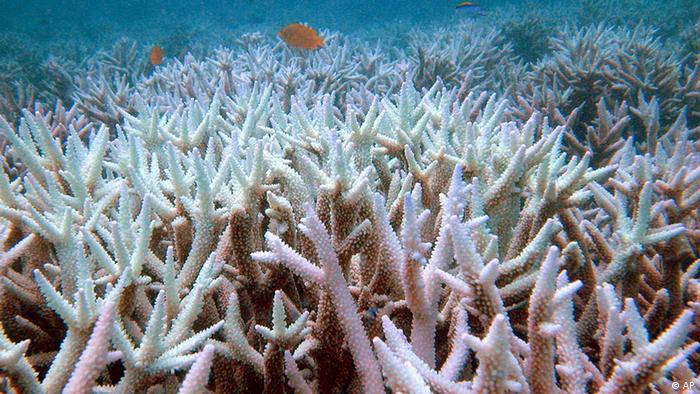 The warm waters of the Caribbean Sea were once rich in biodiversity - they teemed with marine life, and many holidaymakers who go there still expect to see the soft corals, mollusks and fish they've seen on other reef dives.

But beneath the waves off the coast of Jamaica, there's not much see. Only eight per cent of Jamaica's coral reef is still alive, and many of the fish that once thrived there have disappeared.

For an island trying to reduce its dependence on food imports, that's not an ideal situation. Fish is an important part of the local diet, and its disappearance from the ecosystem has changed nature's balance - which has not only implications for fishing, but also tourism. 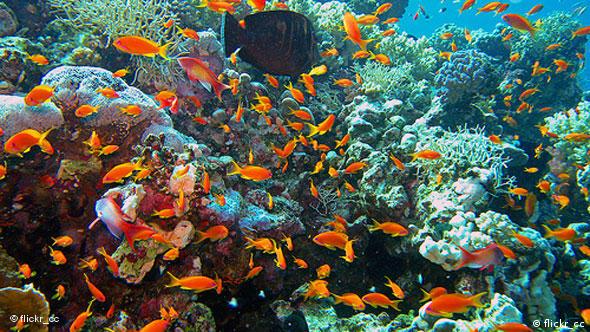 Like rainforests, coral can transform a nutrient-poor environment into a biodiverse wonderland

Some three decades ago, two types of coral were prominent across the Caribbean: But in 1980, Hurricane Allen - the worst storm to hit Jamaica in the past 100 years - smashed the reefs to smithereens. Everyone expected the corals to recover, but the storm ended up decimating the ecosystem.

Coral are the building blocks for marine life; it’s a habitat for herbivorous species like adult Parrot Fish who use it as somewhere to sleep, to provide protection and as a nursery.

But overfishing of algae-eating fish, and a mystery disease which wiped out the sea urchins that also grazed on the algae.

Coral and algae are in constant competition, and without these two grazers, there was nothing left to slow algae growth, which smothered most of the coral.

But there is some hope. Marine biologist Andrew Ross runs Seascape Caribbean, a firm helping to re-grow the island's reefs bit by bit. He's created an artificial reef made of metal, which has proven to be successful. Over the past nine months, it's slowly become covered with coral.

He and his team do the work that algae-grazing species used to take care of. "Until the coral gets established, you have to pick it off by hand - there's not enough fish on the structure to keep it going," Ross told DW.

SeascapeCaribbean locates areas where the reef is recovering naturally. "We take very small samples from each of those corals, and we put them into a nursery and we grow them," Ross said.

It takes from six to 12 months for the coral fragments to grow 10 times in size. At this size they're then used to repopulate existing nurseries and start new nurseries. Any leftover coral is replanted onto the reef.

As the artificial reef grows, so does the fish population that feeds on the worms, snails and algae on the coral. But until then, if Ross and his team didn't remove the algae by hand, the coral would die. 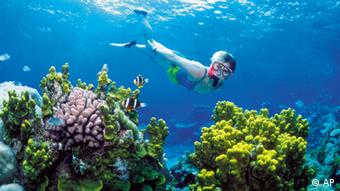 Since Jamaica is one of the most indebted nations on the planet, funding for Seascape comes from the private sector.

The local hotels understand how coral gardens help attract holidaymakers - by donating money to the coral projects, they are securing a future for their own businesses.

Caribsave, an environmental organization, is trying to work with the country's 32,000 fishermen and women to help the islands' reefs. Caribsave coordinator Michelle McNaught said the private sector has a vital role to play in educating the wider community.

Government funding, she said, "has to be prioritized with other things like education or justice - which is understandable. So private partnership is the way to go now," McNaught told DW.

Globally, 75 percent of coral reefs are under threat from overfishing, habitat destruction, pollution and acidification of the seas due to climate change. Peter Gayle from the University of the West Indies explained how a changing ocean PH level dissolves calcium carbonate, which makes up coral structures. 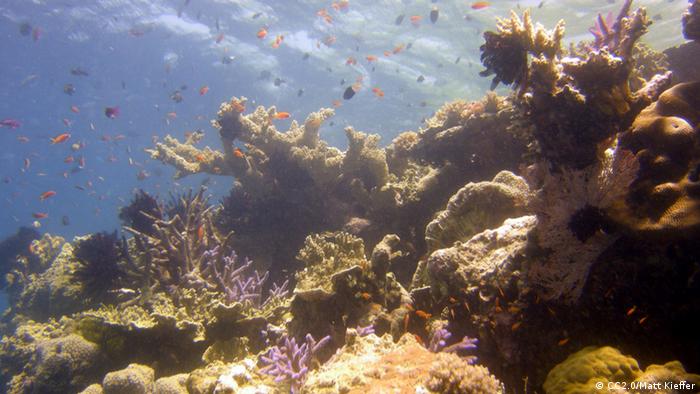 "It becomes less dense and is more susceptible to things like wave energies, and has a smaller chance to protect coastal areas from sea level change," Gayle described. This can even become a vicious cycle, as more reefs die and become ever more susceptible to destruction.

Dayne Buddo, a lecturer at the UWI Marine Lab in Jamaica, said that despite the threats to coral reefs, things are thankfully improving.

"It's not all doom and gloom, there are areas in Jamaica where I still enjoy diving, there's a lot of coral and the fish are coming back - but it takes time," Buddo said.

Often referred to as the rainforest of the seas, coral reefs are among the most diverse ecosystems in the world. One that Jamaica depends on so much for food, income and leisure - and with help, one that will recover and benefit the country in the process.

The Pacific island state of Palau is famous for its biodiversity and rich marine life. Residents are learning to keep things that way with a campaign involving diving, sustainable fishing and lemongrass planting. (03.06.2014)

A tourism operator from the Great Barrier Reef has come halfway around the world in a last-ditch attempt to save his business. He's hoping to convince European banks not to fund a coal terminal expansion on his doorstep. (28.05.2014)