New Zealand's Prime Minister Jacinda Ardern has announced the country no longer has any coronavirus cases. It has also seen very few COVID-related deaths. What has been the key to New Zealand's success? 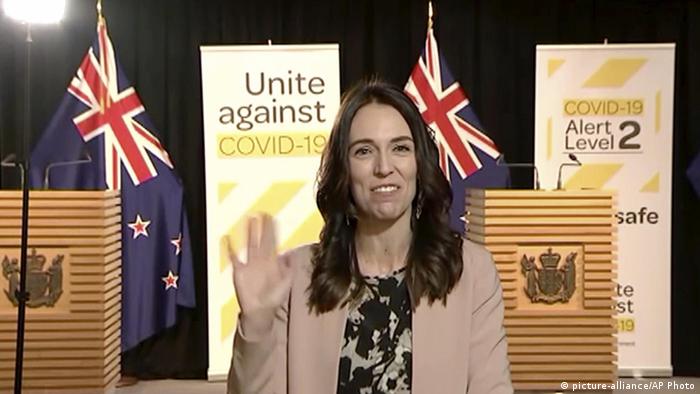 The rest of her country has a good reason to celebrate along with her. It has one of the world's most effective responses to the COVID-19 pandemic.

According to the Coronavirus Resource Center at Johns Hopkins University, New Zealand has had 1,504 cases of COVID-19 and only 22 deaths.

As a quick comparison the Republic of Ireland, another island nation with a similar population, has had over 25,000 cases and 1,679 deaths.

So how was New Zealand able to establish one of the most effective strategies for beating COVID-19?

The lockdown was swift and tough

"We must go hard and we must go early," was Prime Minister Ardern's message.

On March 15, when New Zealand had only 100 confirmed cases and no deaths, it closed its borders to foreign travelers and made people coming home quarantine for 14 days.

Then 10 days later, it introduced full lockdown measures, which were strict by international standards. Only grocery stores, pharmacies, hospitals and gas stations could stay open, vehicle travel was restricted, and social interaction was limited to within households. 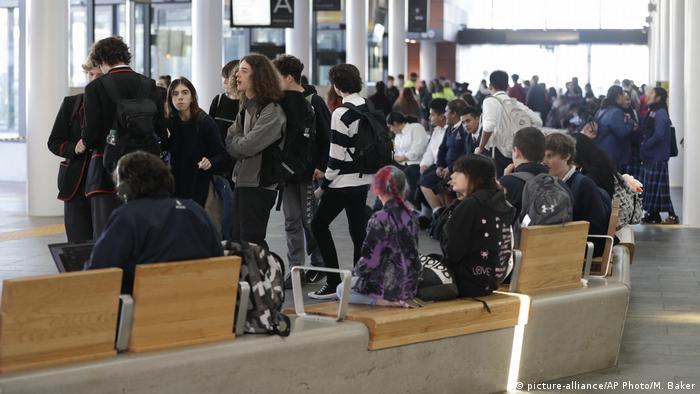 Those restrictions lasted for over a month before they were slowly eased again. Now, all social and economic restrictions have been lifted, and only border restrictions remain.

The lockdown rules were vital as they "suppressed the spread of the virus early and bought precious time that other countries wasted," Oksana Pyzik, senior teaching fellow at University College London's School of Pharmacy, told DW.

The rules were communicated effectively

Shortly before the strict lockdown, the government sent emergency text messages to residents. "This is a message for all of New Zealand. We are depending on you," it read. "Where you stay tonight is where you must stay from now on ... it is likely [the strictest] measures will stay in place for a number of weeks."

As the situation progressed, Ardern was clear about the approach she wanted to take in the COVID-19 fight. "We have the opportunity to do something no other country has achieved: elimination of the virus," she told the nation in a briefing on April 16.

"The government was really good at managing people's expectations," a resident from the capital city Wellington told CNBC. "We were told it would take two weeks for signs that the lockdown was having an impact on the numbers. This made the purpose of the lockdown easy to understand and accept."

Pyzik also believes the government got its messaging right. "Consistent messaging about prioritizing health and frequent communication and daily PM press conferences directly to the population — including children — helped to achieve buy-in from the public."

The country ramped up its testing capacity

Last week Ardern announced the country could process up to 8,000 tests per day, one of the highest testing rates per capita in the world. In total, it has tested just under 295,000 people, again giving it a comparatively high per capita rate of testing.

Pyzik agrees it has been effective. "Following the WHO advice around mass testing and robust contact-tracing has been key to limiting the death toll," she told DW.

Geography was an advantage

The fact it is a relatively isolated island has greatly helped New Zealand's pandemic response. It has more control over who can enter than other countries with large land borders.

It also has a relatively low population density, meaning the virus cannot travel as easily through the population, as fewer people encounter each other. 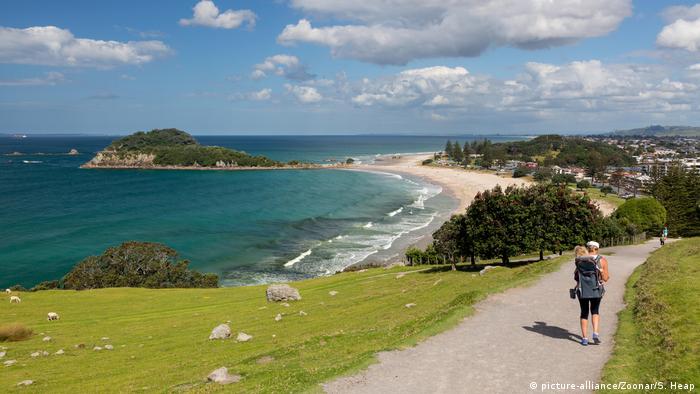 Pyzik argues this has helped New Zealand. "As a remote island nation that is sparsely populated, mass testing and closing the borders to drive out COVID-19 would be difficult to replicate elsewhere to the same degree of success," she says.

However, it does not mean New Zealand cannot be used as a benchmark by other countries. "Despite the advantages of New Zealand's small population and remote location, the lessons that other countries can, and should learn from, are around the importance of moving swiftly," she adds.

It followed the pandemic guidebook properly

New Zealand's government was following the best guidelines for dealing with a new virus.

"The cornerstone of a pandemic response for every country must be to find, test, isolate, and care for every case, and to trace and quarantine every contact," says Pyzik.

"That is every country's best defense against COVID-19 and it is how New Zealand succeeded in overcoming COVID-19."

Stopping the virus also means the country can begin its economic recovery sooner. Ardern said the economy would now operate at just 3.8% below normal.

"We now have a head start on economic recovery because at level one we become one of the most open, if not the most open, economies in the world," she said.

In many countries, fewer COVID-19 patients are dying than in earlier weeks of the pandemic. But scientific experts say we should be looking at all-cause death numbers instead — they tell a very different story. (07.05.2020)

Updates and background information on the coronavirus