An Italian party dispute over the EU-funded rail project linking Italy's Turin to the French city of Lyon threatened to bring down the government. The prime minister has now halted the launch of Italian tenders. 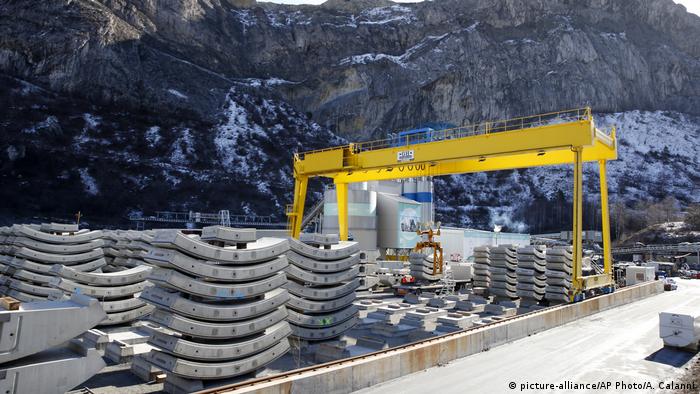 The parties in Italy's ruling coalition have been at odds over building the rail link, which includes a 58-kilometer (36-mile) tunnel through the Alps.

Conte said in a post on Facebook he had asked the TELT company overseeing the project to stop the tenders as his government was "totally rediscussing" the project.

Conte said tenders could not be finalized without explicit government approval.

TELT said it would call for expressions of interest from potential contractors for the French part of the link on Monday — effectively launching the tender process — in order to avoid losing European Union funding, but would not define contracts without consent from the Italian and French governments. The process would probably take six months.

One party for — one against

The rail project is backed by Matteo Salvini's League party but opposed by the 5-Star Movement, which argues the Italian funds in the project would be better used upgrading existing roads and bridges.

The project had secured EU funding for 40 percent of the €20 billion costs, with Italy responsible for 35 percent and France for 25 percent. On Friday, French Transport Minister Elisabeth Borne said the European Commission would increase its share to 50 percent, with France and Italy paying 25 percent each. 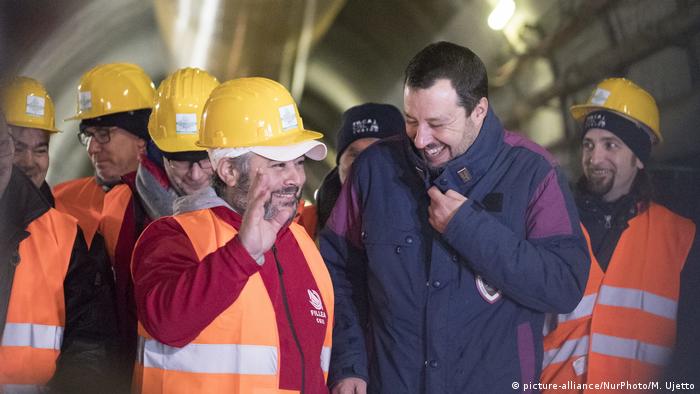 Interior Minister Salvini was still insisting on Friday that his far-right League party would never vote to block the project, as his coalition partners wanted, although he did say more could be asked of France and the EU.

Luigi Di Maio of the 5-Star Movement said Italians' money should not be involved in the project, which should be renegotiated with France and the EU. "Now we need to work, the technicians must study everything and if we reach an agreement between us we will find the technical solutions," Di Maio said.

"We will find a solution ... with our 5-Star friends," Salvini told SkyTG24 news on Saturday. "There will be no government crisis," he added.

Part of the tunnel has already been dug from the French side.

The high-speed line would halve journey time between Turin and Lyon to two hours. Travel from Milan to Paris on connecting lines would take just four hours, down from the current seven, taking a million trucks off the road and reducing greenhouse gas emissions. Plans were started 20 years ago and the line was scheduled for completion in 2025.

A critical review of the project, commissioned by the Italian government and published last month, estimated the line and tunnel would lose €7 billion up to 2059.