Italy moves to rescue its banks | Business| Economy and finance news from a German perspective | DW | 21.12.2016

Italy moves to rescue its banks

Italy has moved to rescue banks teetering on the edge of insolvency - by agreeing to inject billions of euros on the public tab. A long period of economic stagnation has left banks holding a lot of distressed debt. 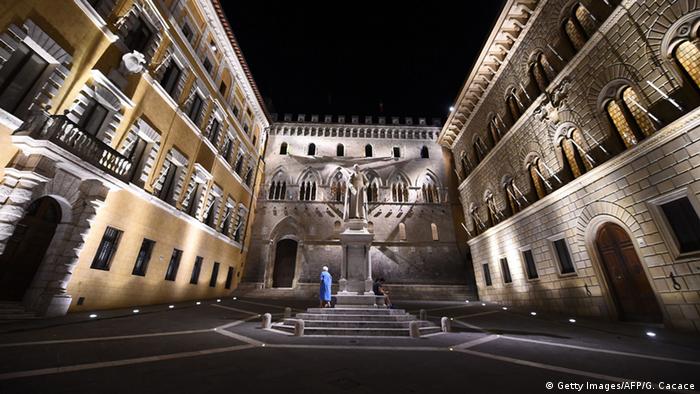 On Wednesday, Italy's two houses of parliament approved a government request to increase the public debt by up to 20 billion euros (20.8 billion dollars) to fund a rescue package for ailing banks. It will likely begin by recapitalizing Monte dei Paschi di Siena (MPS - its headquarters in Siena are pictured above).

MPS, founded in 1472 and considered the world's oldest lender, is struggling to complete a 5-billion-euro recapitalization by year's end, as required by the European Central Bank after recent stress tests showed it was grossly undercapitalized in view of a heavy burden of billions of euros in uncollectable debts on its books.

MPS was set to announce on Thursday its failure to find sufficient private investment money to bolster its capital base. In the night before Thursday, MPS announced it had been able to collect less than 2.5 billion euros through debt-equity swaps, and that no major investor had responded to its recapitalization bid, which started Monday and was due to close at 2 pm Thursday.

A resolution in the lower Chamber of Deputies, which was in favour of the government's plan, was approved in a 389-134 vote. There were 8 abstentions. A few minutes later, the Senate also gave its go-ahead in a 221-60 vote, with 3 abstentions.

The 20-billion-euro sum "is sufficient" to solve the problems of an Italian banking sector that "is solid, healthy, but with some well-known critical cases with specific characteristics for each," Minister for the Economy and Finanaces, Pier Carlo Padoan, told the Chamber of Deputies.

The money will fund a "precautionary" safety net, and could be used to inject capital into lenders needing to increase their capital buffers, or to reimburse retail savers caught up in the new European Union 'bail-in' rules. Those rules are meant to ensure that private investors - including retail clients - will bear most of the costs of bank bailouts, rather than taxpayers bearing the cost as was the case in the wake of the banking crises that occurred in the wake of the 2008 financial system meltdown.

MPS on the brink

Ipek Ozkardeskaya, senior market analyst at LCG, said that "failure to save the bank [MPS] could aggressively shake up the Italian and European banking sector."

MPS was due to close its four-day recapitalization bid on Thursday, and there were strong expectations that it was going to fall short of the 5-billion-euro target, prompting the need for a top-up from the government. In an updated filing on its rights' issue, the Tuscan bank had said it had only four months of liquidity left, down from 11 months communicated last week. By noon Wednesday, its share price was down by 6.4 per cent to 17.36 euros.

Last week, MPS launched a last-ditch attempt to find, through private investors, the funds the ailing lender needs to shore up its balance sheet and stave off a government intervention. The plan entailed selling off 27.6 billion euros in bad loans. A first debt swap offer raised over 1 billion euros. The new Prime Minister of Italy, Paolo Gentiloni, confirmed last week that the government was prepared to come to its aid if the private rescue failed. His government saw itself having to make good on that commitment just a week later. 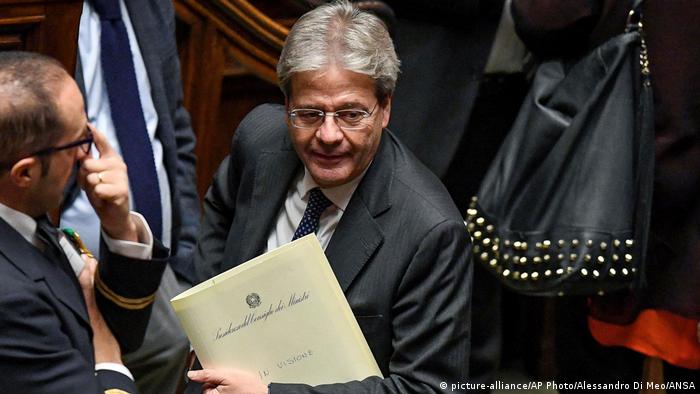 Paolo Gentiloni became Italy's new Prime Minister on 13. Dec. 2016, replacing Matteo Renzi. Gentiloni took the reins in a country that has been in economic stagnation for several years, with a banking system burdened by an enormous amount of distressed debt.

It's not just MPS that's in trouble

Italy's ailing banking sector is buckling under bad loans estimated at a combined 360 billion euros, around a third of the eurozone's total. Analysts said Gentiloni's 20 billion euro injection into the sector is not enough to sort out Italy's banking problems.

"Whatever happens in the next few days, whatever plan is implemented, won't resolve the underlying problem in Italy, which is it has too many banks and too much bad debt, across the entire sector," said Michael Hewson at CMC Markets.

Data compiled by Bloomberg suggests that Italian banks need at least 52 billion euros to clean up their balance sheets. This casts doubt on Finance Minister Carlo Padoan's remarks to Parliament on Wednesday, saying the 20 billion euros are "sufficient," and that the Italian banking system "is solid, even if there are some crisis situations."

Padoan added that the government's financial injection would strengthen the system's capacity to "consolidate and develop."

The dire state of Italy's banks has several causes - too many banks chasing too few clients, careless lending decisions, a severe double-dip recession that left many businesses and households insolvent and unable to service their debts.

Fundamentally, the mountain of bad debts are due to 15 years of economic stagnation, caused by Italy having a relatively inflexible, overly bureaucratized economy. The Italian economy has been locked into the euro currency zone since 1999, and therefore unable to devalue its currency. Its industries have been unable to compete on price with industries in more economically dynamic and flexible northern Europe.

Before adopting the euro, Italy had regularly devalued its previous currency, the lira, to maintain price competitiveness for its goods on international markets. A major populist opposition party, Cinque Strelle (the Five Stars Movement), has called for Italy to abandon the euro and return to the lira.