Italian prosecutors are investigating rescue workers from international NGOs, including some from the German NGO Jugend Rettet. The investigation comes as Italy's populist government cracks down on private sea rescues. Prosecutors from the Sicilian town of Trapani opened an investigation on Wednesday into more than 20 sea rescue workers accused of assisting with illegal immigration, according to a report from German newsmagazine Der Spiegel.

The rescuers work for various international nongovernmental organizations, including Doctors Without Borders and Save the Children. Prosecutors have not pressed any charges and the preliminary investigation is a "technical process" in order to gather information from computers and phones, a spokesperson for Doctors Without Borders told German press agency DPA.

"We are sure that these technical reviews confirm what we have always said: that we operate at sea in accordance with the law," the spokesperson said.

Italy has intensified its fight against private sea rescuers. In June, it turned away a migrant rescue ship that belonged to the German NGO Sea Watch and was carrying more than 600 refugees. The country's populist government has promised to curb the massive influx of migrants from Africa — more than 600,000 have entered the country in the past five years. 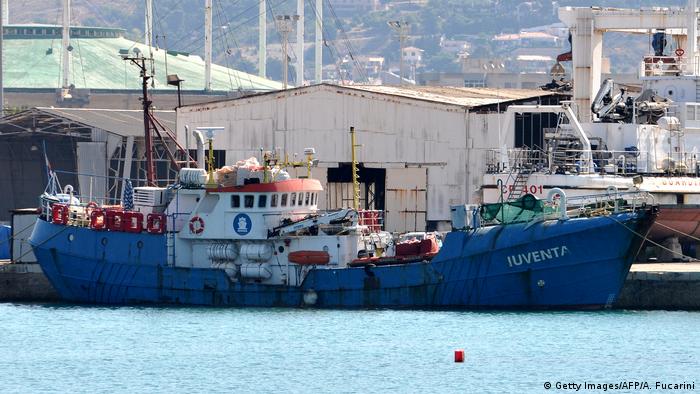 Ten of the rescue workers who are part of the investigation are crew members of the rescue ship Iuventa, which belongs to the Berlin-based NGO Jugend Rettet (youth to the rescue). Iuventa was impounded by Italian authorities last August under the suspicion that the organization was aiding illegal immigration and working with Libyan smugglers.

Some crew members received subpoenas to search confiscated items, a spokesperson for Jugend Rettet told DPA. Those items include computers and telephones that have been in the possession of Italian authorities for the past year.

The Iuventa was not a ship that brought people to land, instead transferring them to NGOs who then take them to land. Jugend Rettet insisted it operated according to the United Nations Convention on the Law of the Sea.

Last year, Jugend Rettet was one of six NGOs which refused to sign a new code of conduct by the Italian government covering migrant rescues in the Mediterranean, saying the code failed to prioritize human lives.

Since the Iuventa was impounded last year, there have been no indictments and there has been no information about a possible investigative process.

"In the context of the measures against other NGOs, we wonder why, after months, these steps are now taking place," the Jugend Rettet spokesperson said.