A bomb-squad expert has sustained serious eye and hand injuries after a package exploded in front of a bookshop with ties to a neo-fascist group. Florence's mayor has vowed to bring the perpetrators to justice. 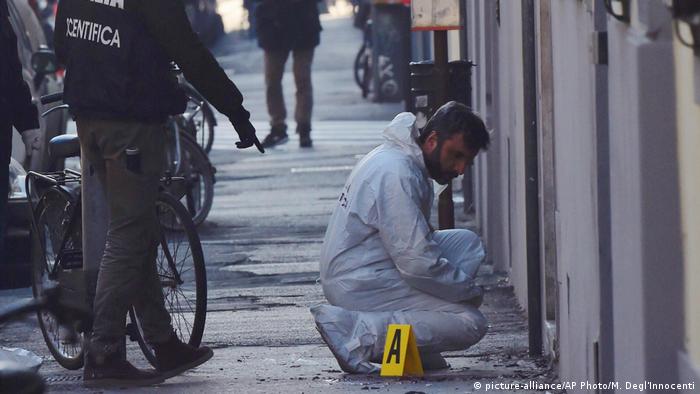 Italy's leaders have launched a push to increase ID checks, deportations, and the construction of detention centers. The tough migration stance is the first major policy departure for new premier.

Authorities noticed the package with wires and a timer around 5.00 a.m. local time (0400 UTC).

The disguised explosive had been placed in front of a closed bookshop with links to the neo-fascist activist group Casa Pound. The bomb "is certainly political in nature with its objective and the characteristics of the building," police said, reported Italian newspaper "Corriere della Serra."

Florence Mayor Dario Nardella said authorities will seek out the perpetrators of the attempted bomb attack, although no group has claimed responsibility.

"What happened is very serious: the perpetrators must be brought to justice. Florence stands in solidarity with the injured officer," Nardella said

Italy has occasionally witnessed explosions blamed on right-wing and left-wing extremist groups since the 1970s, a decade marked by domestic terrorist attacks, including assassinations, kidnappings and bombings.

Emerging in Rome in 2003, the neo-fascist Casa Pound group has an estimated 5,000 members. Although it rejects the left-right dichotomy, the group is known for staging protests against the EU and immigration.