Istanbul attack: ′We′ve all walked down this street′ | Europe| News and current affairs from around the continent | DW | 19.03.2016

At least five people have died in an apparent suicide bombing in Istanbul's busiest shopping district. In a DW interview, Middle East expert Kristian Brakel looks at who could be behind the attack. 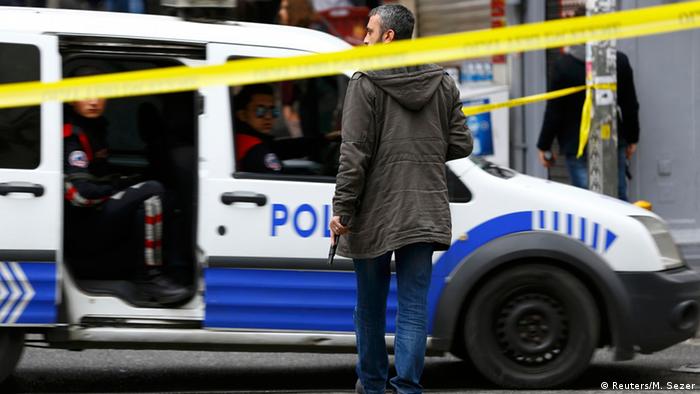 Kristian Brakel: The mood has been quite gloomy for several days already. Now, after this most recent attack, people here are especially concerned. Even if it's fairly unlikely that you yourself will become the victim of an attack, the site of this incident is, of course, particularly striking. After all, we've all walked down this street at one time or another.

Are the people in Turkey afraid?

That's difficult to say. Istanbul is a huge city. This means that the chances of getting caught up in an attack like this are very slim. But, of course, as the number of attacks grows, so does the concern of the people, especially those who go to large public events, to demonstrations. 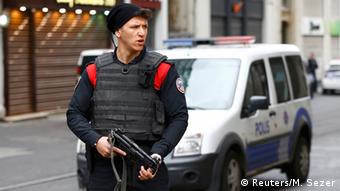 Security has increased in recent weeks, following previous attacks in Istanbul and Ankara

Do Turkish security forces still have the situation under control?

From what I've observed, for a long time little was done in this respect. The police that one sees in the center of Istanbul were deployed more to keep people from demonstrating.

After the attack in January, however, when German tourists in Istanbul lost their lives, something noticeably changed. In particular, there are more security checks at the airport and on the underground transport. These measures very strongly resemble those that we've seen in European capitals. But it's not possible to maintain absolute security, as we also know in Europe.

Do you have any suspicions as to who could be behind this latest attack?

There are three options that initially come to mind. First, there is the "Islamic State" (IS), which tends to mostly target tourist sites in its attacks. Almost all the tourists who visit Istanbul walk along Istiklal Street, the site of today's attack. However, a fact that speaks against IS is that the attack, in my opinion, was carried out in a somewhat amateurish fashion. For example, if they had waited for the evening hours, they would have been able to hit many more people.

The second option - the PKK [the outlawed separatist organization Kurdistan Workers' Party] and associated Kurdish organizations such as the [Kurdish militant group] Kurdistan Freedom Falcons - are also a possibility. They were responsible for recent attacks in Ankara.

The fact that Newroz - the Kurdish spring festival and a time of political rallies and extreme tensions - begins on Monday speaks for the possible involvement of these groups. The PKK had even announced that it wanted to extend its attacks to the entire country. But what goes against this theory is that these groups tend to target security forces in their attacks. Even after the attacks in Ankara, they went to the press and emphasized that they had wanted to hit police forces. They more or less just callously accepted that civilians would also die. 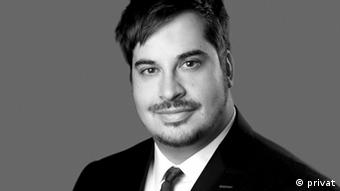 "It's not possible to maintain absolute security": Brakel

The third option is a leftist extremist breakaway faction. What speaks for this group's involvement is that its attacks are often carried out by very young, often untrained attackers. But, on the other hand, the group normally targets Turkish security forces or foreign diplomatic missions.

Considering the unstable situation in the country, should the European Union rethink its attitude toward Turkey on the refugee issue and the deal struck on Friday?

We should make precise distinctions here. There are many questions raised by this deal with Turkey. They include issues regarding the rights of refugees and European asylum law. But I can't see any connection between these issues and such attacks. However, if the security situation in Turkey should continue to worsen, the attitude on the European side should be reconsidered. It's now very important to make it clear to Turkey that the Turkish state and the PKK should restart the peace process.

Kristian Brakel is an expert on Middle Eastern affairs and currently heads the office of the Heinrich Böll Foundation in Istanbul. 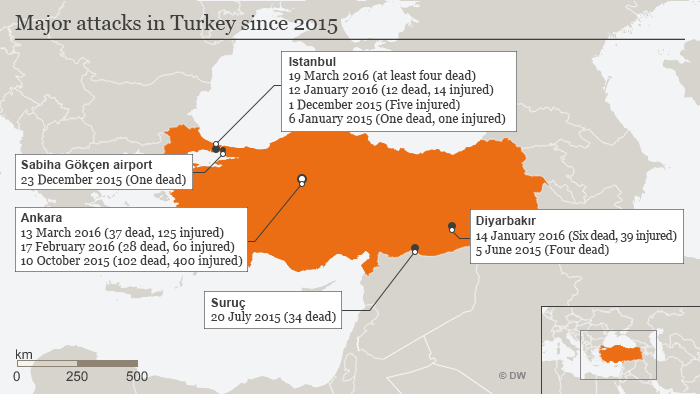