President Issoufou's first term has not impressed most Nigeriens. They are unhappy with the continued presence of foreign military bases in the country and his failure to fulfill his promises. 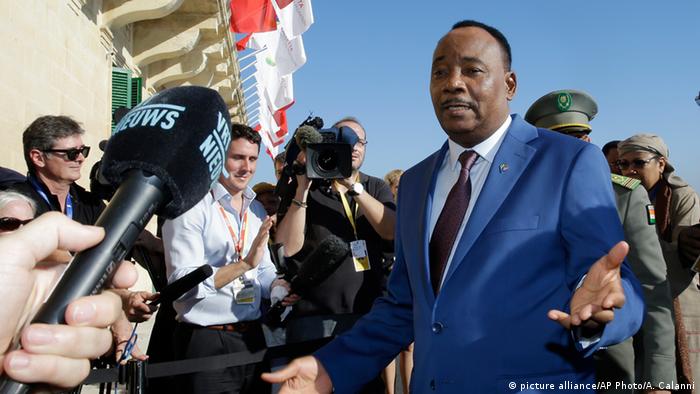 Many former supporters of Mahamadou Issoufou are frustrated. They had pinned their hopes on him when he joined the opposition in 2011 after decades of serving the previous regime. Albert Chaibu, a civil rights activist who previously worked alongside Issoufou, summed up his disappointment. "When politicians are in opposition they talk of human rights, democracy and other values, but once they are in power they forget all that. I personally do not believe it any more, these are just nice words because they want power.''

During his campaign, Issoufou promised to fight corruption and hunger, improve national security and boost the economy, but five years later many people in Niger are frustrated. Corruption is more rampant than before, the country is threatened by terrorism, and freedom of the press has not improved. In an interview with DW, Nouhou Arzika, a prominent civil rights activist in Niger, spoke his mind. "Issoufou had promised many things that made the people of Niger dream of a bright future. They hoped that this time round things would be better. Now the time is up and nothing of what was promised has been implemented. " 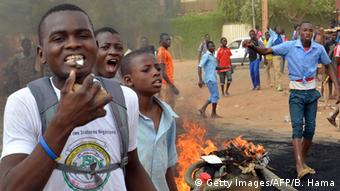 Issoufou himself is satisfied with his performance. "I have kept my promise to bring about the renaissance of Niger without exception," he said recently. "We have invested 7,000 billion CFA francs (about 11 billion euros) in infrastructure, education, health, access to drinking water, food security and the modernization of our armed forces."

Referring to the latest Corruption Perception Index published by Transparency International, government spokesman Marou Amadou said the country had improved since 2011, moving up 35 slots to occupy 99th position. He said some goals had even been exceeded. "We have been able to build 15,000 classrooms instead of the planned 2,500. We have also recruited all unemployed physicians and effectively doubled the number of doctors in the country. We have constructed drinking water fountains."

However the United Nations Human Development Index does not reflect this. In its 2015 report, Niger ranks last at position 188, meaning it is one of the poorest and least developed countries in the world. Government spokesman Amadou tried to put this in a positive light. "We have come a long way and have made tremendous achievements. Of course people would have liked to see us in position 100 or 112, but the work that we have accomplished in the past years will pay off economically."

Civil rights activists Albert Chaibu disagrees. "The health sector and food security have not improved,'' he said. "The state of our schools is a serious problem. For decades, the public school system has not been working." Most recently, teachers went on strike because of inadequate salaries and poor equipment. He says it is no surprise that parents who can afford it send their children to private schools. The UN recently warned that some two million Nigeriens were under threat of hunger. This brings back memories of 2005, when famine killed up to 50,000 people.

The current crisis stems mainly from the fact that tens of thousands in southeastern Niger fled their villages in fear of the Islamist sect Boko Haram. The sect is waging war in neighboring Nigeria and operates beyond the country's borders. The region is extremely volatile. In Mali, Islamists have become established despite the presence of some 10,000 UN peacekeepers. Since the overthrow of Gadhafi, Libya is hardly a state any more and in Algeria the aged Abdul Azziz Bouteflika no longer has control over the situation. "In my opinion, we have managed to turn Niger into a relative haven of peace," says government spokesman Amadou.

In fact, there have been no major attacks since 2013. After terrorist attacks in Bamako and Ouagadougou in 2015, security forces in Niger were put on higher alert. The fact that the country is stable mainly has to do with the large US and French military bases there. 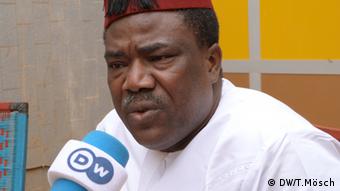 But for civil rights activist Nouhou Arzika these are a problem. "Issoufou has done very little to ensure that Niger remains independent," he says. "The French used their intervention in Mali in 2013 as an excuse to expand their presence in Niger. Their central command is not here, but in France where no one knows what's going on, neither our the president, nor our defense minister or army chief - none of them."

Spokesman Marou Amadou rejects this. It was not an easy decision to work together with the Americans and French, he says. But Niger did not have its own drones or air defense forces. "And how sovereign would a state be when it is overrun by terrorists?" Amadou questions. "As far as the French and the Americans are concerned, they are our allies. When we no longer need them, they will leave."

The opposition and civil society groups have their doubts about this. France in particular has strong economic interests in Niger. The French energy company Areva has been mining uranium in the north since 1968. This covers 40 percent of the demand for electricity in France's nuclear power plants. When the old contract expired in 2013, the Nigerien government wanted to ensure that the country benefited more from its own resources. The people of Niger had high hopes in their president, a trained mining engineer who had himself worked at an Areva uranium mine.

Critics say the president has not kept his word. "Instead of implementing the mining law, the government continues to grant Areva tax exemptions," said Ali Idrissa, coordinator of a network of organizations working against corruption (ROTAB). The Mining Act stipulates higher license fees, meaning more revenue for the state. Idrissa is angry with his former colleagues, including government spokesman Amadou, who was a founding member of ROTAB. "Areva is polluting the environment," he says. "They should pay for that. The population is affected by radiation, but there is not even a decent health center in the area."

Areva even rejected the proposal to contribute 30 percent to maintain the roads on which the uranium is transported. For Ali Idrissa it is clear, "Niger is not a poor country, Niger is badly governed."

Intense campaigns in Niger ahead of elections

On 21 February Nigeriens go to the polls to elect a president and a new parliament. It is the second election after the last military coup in 2010. President Mahamadou Issoufou hopes to be re-elected for a second term. (15.02.2016)

Fighting for a change through community radio in Niger

Human rights activist Chatou Mahamadou is using her radio platform to fight for change in Niger. Her program gives local communities the opportunity to air their grievances – and know they’ll be heard. (03.02.2016)

The country's president told national TV viewers that several suspects have been detained for attempting a military takeover. Earlier this week, at least four senior military officers were arrested. (17.12.2015)