Israeli police say a security guard has shot dead a Jewish man mistaken for a Palestinian militant. The incident happened at Jerusalem's Western Wall, one of Judaism's holiest sites. 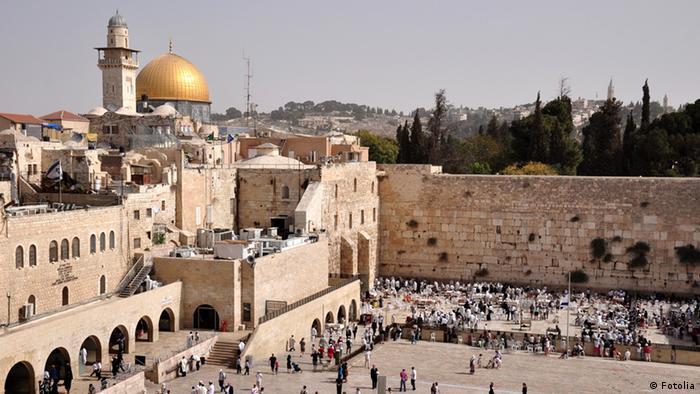 The shooting took place just before 8 a. m., local time (0500 GMT) on Friday as people had started to gather for morning prayers, ahead of the start of the Jewish Sabbath at sunset.

Police spokesman Mickey Rosenfeld said the deceased had aroused the suspicions of the private security guard, who fired a number of shots after the man started to shout in Arabic. The man died at the scene.

"There was a Jewish guy, an Israeli guy, who was in the bathroom area," Rosenfeld said.

"He for some reason shouted 'Allahu Akbar.' A security guard drew his weapon and fired several shots at the suspect."

Rosenfeld said the man's shouting led the guard to believe he was a Palestinian militant, but man turned out to be an Israeli Jew aged in his 40s.

Israeli public radio reported the security guard told investigators he thought the man was pulling something from his person as he was shouting and was about to attack. The radio service said police found no suspicious items on the man's person.

"We are looking into what [the dead man's] ... motives were," said Rosenfeld.

The Western Wall is one of the holiest sites where Jews can pray. Thousands gather at the wall each week to worship.

The plaza around the wall is next to the Temple Mount, revered by Jews as the place where two biblical temples stood, as well as the site of the Al-Aqsa mosque, Islam's third-holiest site.

The compound is a highly sensitive area, which in the past has sometimes been a flashpoint for clashes between Israelis and Palestinians.