Both countries’ successful vaccination rollouts could soon result in the return of fans to sports stadiums. Though Germany lags far behind on coronavirus vaccinations, a new concept offers supporters cautious hope. 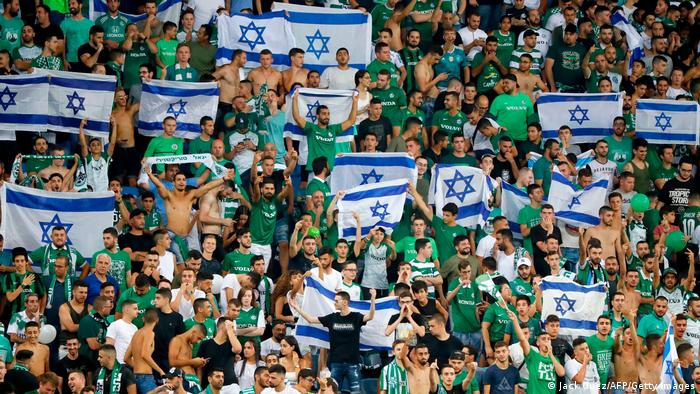 Football fans could soon return to the terraces in Israel

Matchgoing fans were among those to have been hit fairly early on by the pandemic. Now, about a year into life with COVID-19, mass crowds are largely still banned from sports games.

But many fans are now hanging their hopes on the newly-developed vaccines. With Israel and the UK among the countries with the world's highest vaccination rates, both provide a glimpse of how sports events could soon be carried out with mass crowds in attendance.

Those who received their second dose are entitled to a so-called Green Pass, which initially lasts six months and allows its holders wide-ranging privileges such as booking hotels, being able to enter gyms and attending music concerts. Several gigs have already taken place in Israel in the past week, for the first time in a year. The Green Pass is also given to Israelis who have had COVID-19 after their recovery.

The system is likely to have implications on the return of fans to the country's football stadiums. The Israeli health ministry has already given its approval to 500 supporters attending football games, while basketball venues can host up to 300 spectators. Some Israeli football clubs have criticized the number of fans being allowed to attend, citing high security costs, and demanded that the authorities give the go ahead for the third of stadiums to be used.

The Israeli football league's original goal was to have 10,000 fans in attendance as two of Israeli football's household names, Maccabi Tel Aviv and Beitar Jerusalem, face each other on March 8 at Tel Aviv's 30,000-seater Bloomfield stadium. The health ministry, however, is reportedly against such a move. A decision on having a maximum of 5,000 fans is expected next week.

Another Israeli club, Maccabi Haifa, will test out a new ticketing system. This would require fans to upload a photo of their Green Pass, or any other document proving they've been vaccinated or recovered from COVID-19, before being able to buy tickets. According to the club, the information will only be used to allow entry and will not be kept in any other database.

Another country where the COVID-19 vaccination rollout has been hailed a success is the United Kingdom. About 18 million people have already received the first jab, more than a quarter of the country's 66 million population. The UK is ranked third in vaccination doses administered per capita after Israel and the United Arab Emirates, and there, too, fans could return to stadiums soon.

In light of the UK government's plan to allow grounds to host 10,000 or 25% of their capacity beginning from May 17, English Premier League clubs are to vote on whether to allow fans to attend the league's last game of the season. Should the clubs vote in favour of the move, up to 10,000 fans would be able to enter Premier League grounds for matchday 38. Fourteen of the English top flight's 20 clubs need to vote in favor of the move for it to go ahead, according to UK media. The games would take place on May 23, six days after the date in which the British government intends on further lifting the COVID19 restrictions as part of its phased "roadmap" to leave lockdown.

Reports in Britain also say the English Football League could apply to have fans in attendance at London's Wembley Stadium for the Carabao Cup final on April 25, which could serve as a pilot ahead of May.

Euros to be held in England?

The vaccination campaign's success in Israel and the UK is likely to have implications on the Euros, too.

Italian journalist Tancredi Palmeri says the postponed tournament is "very likely” to be held in England due to COVID19, though others have poured cold water on the suggestion. UEFA had originally planned to host the tournament in twelve different cities across the continent and have remained tight-lipped on the rumors other than to say they will definitely be played.

The Israeli FA, too, recently made a proposal to host the tournament, as well as the latter stages of the Champions League and Europa League. UEFA confirmed it has received the Israeli offer, but said it still plans on holding the tournaments "in the cities that have already been chosen."

Germany's vaccination campaign has been anything but a success so far. Roughly 3.8 million people have received the first dose, only four percent of Germany's 83 million population, with 1.9 million of them receiving the second dose. The number of vaccinations administered per capita is at 6.62, miles behind the likes of Israel and the UK.

Despite that, German football is trying to plot the return of fans to its stadiums. The German Football League (DFL) and the German FA (DFB) joined forces with other sports associations and Germany's culture scene to propose a plan to the return of spectators to sports halls and football grounds. 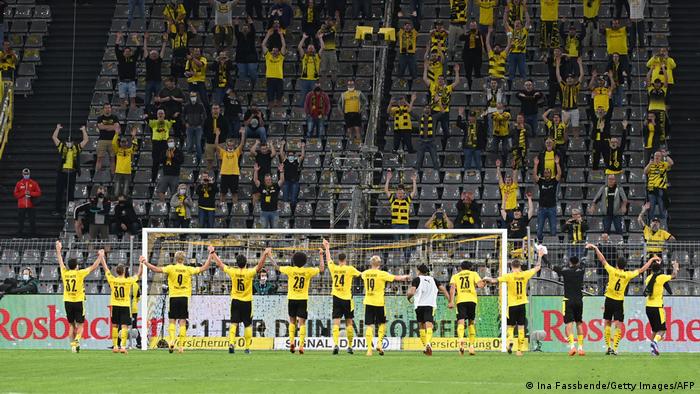 Reduced capacities at the Westfalenstadion and others may be possible.

According to the plan, open-air venues will be given the approval for between 35 and 40 percent of their capacity to be used. For example, Germany's biggest football stadium, Borussia Dortmund's Westfalenstadion, would then hold at least 28,000 fans. No alcohol will be sold at games with more than 1,000 fans in attendance, with supporters being obliged to wear medical masks. Tickets would be personalized, with spectators having to present an ID at the gate.

According to the concept, quick tests could be used in the future to allow grounds to be used at full capacity, with a positive test resulting in the person being excluded from the event. While there is acknowledgment that the so-called 'quick tests' would not entirely prevent infections, it is believed they would contribute to minimizing the risk of infections. The plan doesn't include a specific timeframe, and reports in Germany say no fans are expected to return to Bundesliga stadiums for the time being.

Germany's government is expected to make an announcement next week as to its plan of easing the lockdown measures, currently in place until March 7.