Israel has settled a major regulatory dispute over the development of a huge offshore gas field in the Mediterranean Sea. Critics feared a deal would give the firms involved too much power over Israel's gas reserves. 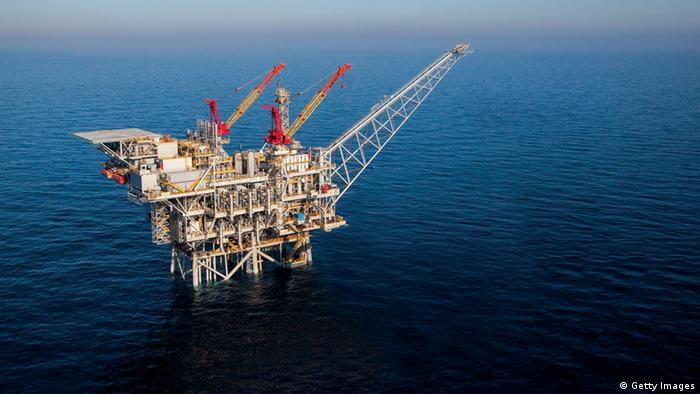 Israeli Prime Minister Benjamin Netanyahu said Thursday that his government had reached an agreement with an American-Israeli oil and gas consortium to complete the development of the country's largest natural gas field, known as Leviathan.

Leviathan is considered to be the largest offshore gas field in the Mediterranean and was one of the most significant energy discoveries in the world in the last decade.

But its development by the consortium, which includes Texas-based Noble Energy and Israel's Delek Group, had sparked a major cabinet and street-level debate over worries that overly lax regulations would prioritize the companies' interests over those of the public.

Israel has begun receiving gas from a large off-shore reservoir, four years after drilling initially started. The project is designed to reduce the country’s energy dependence and boost the economy. (31.03.2013)

For years, Turkey has been growing in importance for Europe when it comes to the delivery of oil and natural gas. In light of the Ukraine crisis, the West is hoping the country can become an additional energy supplier. (05.05.2014)

The Egyptian partners in a joint natural gas endeavor with Israel have cancelled a deal governing commercial relations between the two sides. The gas deal with Israel has long been a source of controversy in Egypt. (23.04.2012)

There were concerns that a deal would mean higher gas prices for Israeli consumers. The new agreement foresees imposing a price ceiling on sales of gas from the Leviathan field to Israeli companies. It also commits Noble and Delek to invest $1.5 billion (1.35 billion euros) in developing the field by 2020.

Energy stocks jumped 5 to 6 percent in Tel Aviv on the news.

An earlier proposal by the government to grant the consortium permission to begin readying Leviathan for production was hotly debated and led to a rift in Netanyahu's cabinet.

The quarrel reached a peak last May when Israel's antitrust commissioner said he was resigning in protest of the companies' dominance in the country's offshore gas sector.

Israel was once energy dependent but now gets enough gas for electricity from an offshore deposit to the country's northwest called Tamar. As Noble and Delek already have a stake in that field, they would be forced to sell some of those assets before developing Leviathan to prevent them from having a monopoly.

Netanyahu recently won the backing of Israel's central bank head, Karnit Flug, who said a deal would lift the country's economy even if it wasn't perfect.

The prime minister has been pushing for the deal ever since Leviathan was discovered 80 miles (130 kilometers) off Israel's coast in 2010.

"The agreement will bring in hundreds of billions of shekels to Israeli citizens over the coming years," Netanyahu said, adding that he would put the agreement to a cabinet vote on Sunday.