Israel plays cat and mouse game over settlers | World | Breaking news and perspectives from around the globe | DW | 01.07.2012

Officially, Israel stands by the two-state solution envisaged by the Oslo Accords - an Israeli state next to a sovereign Palestinian state. But the policies of Benjamin Netanyahu's government speak a different language. 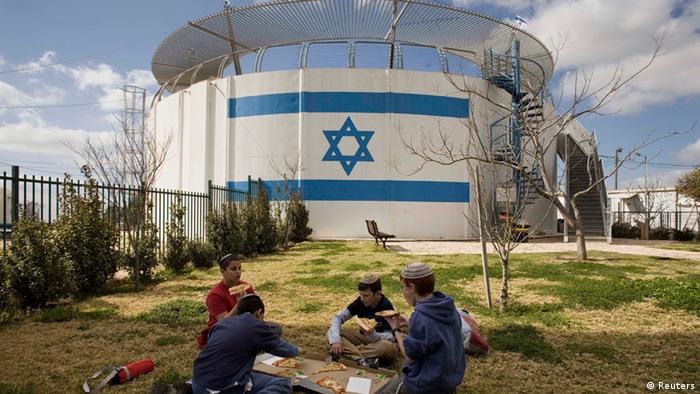 "At first, we were only eleven families. We lived in a hut with our children for five years. Then we built this house - with Arab workers, by the way," says Rabbi Yehuda Bohrer, describing the Israeli settlement of Beit El, located around five kilometres north of Ramallah in the West Bank.

The 69-year-old retired archaeology and history lecturer is one of the pioneers of the settler movement, which, following Israel's victory in the Six-Day War in 1967, set out to found Jewish villages beyond the green line. Bohrer was born in Gailingen, southern Germany, in 1943. His family emigrated to Palestine in 1946, and he studied in Jerusalem and New York, where he met his wife. They returned to Israel together and founded a family with seven children.

In 1977, they re-settled in the occupied West Bank, or the Judea und Samaria area, as the Israelis call the region. The state supported them, building roads and installing an electricity and water supply. Bohrer was motivated by religious Zionist ideals. "We are continuing the tradition of the settlement of Palestine started by the first Zionist pioneers under the Turks before the First World War." 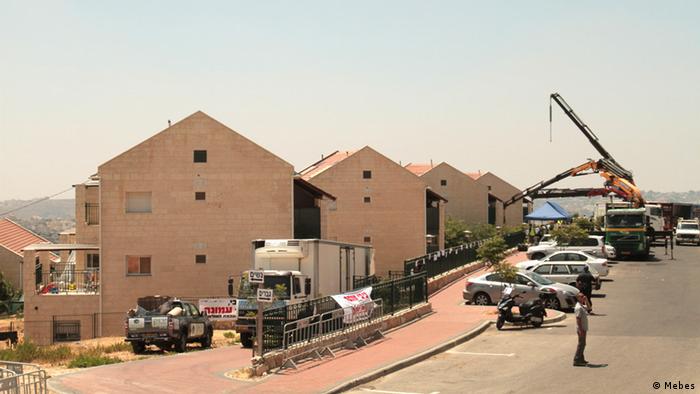 Nearly 7,000 people live in Beit El today. There are around 300,000 Jewish settlers in the whole of the West Bank, and a further 200,000 in East Jerusalem. And Israel has come under pressure because of them. International law forbids an occupying power from settling in an occupied region. The Israelis argue that this does apply in this case, since the Palestinians have never had a sovereign state - before 1967, the Gaza Strip belonged to Egypt and the West Bank to Jordan.

Officially, the Israeli government coalition made up of the Likud and Kadima parties backs the two-state solution, which is supposed to lead to a sovereign Palestinian state next to Israel. But the negotiations between Israelis and Palestinians have stagnated for years. The Palestinians are demanding a complete end to the construction of settlements, while the Israeli government keeps announcing new housing units, attracting condemnation from Europe and the US. But Israel simply continues while the international community looks on.

The settlers are seen as one of the main obstacles on the path to a peace agreement - which they themselves are aware of. "We are always portrayed very negatively. They try to present us as a little crazy, fundamentalist, violent and full of rage. But that's just not true," says Judy Simon, 46-year-old mother of six and tourism manager of Beit El. She emigrated from Chicago to Haifa, and moved to the settlement 12 years ago.

"My friends in Chicago thought we were crazy to emigrate to Israel," she said. "They said it wasn't safe to start a family here. The ironic thing is that my friends from Haifa then said I was crazy to move to Beit El."

But as she walks through the neat and tranquil village, she says she has never felt so safe in her life. She arrives at a vantage point some 900 meters above sea level that overlooks the surrounding Palestinian villages. It looks idyllic. The view extends far over the hills of the historical region. A fresh breeze alleviates the early summer heat and carries up the calls to prayer from the muezzin of a mosque in the valley. 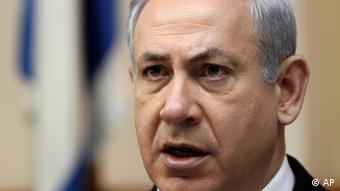 The vantage point also overlooks the district of Ulpana, which sparked headlines in recent weeks after Israeli authorities evacuated five buildings where 33 Jewish families lived. The buildings are now to be bulldozed after Israel's highest court ruled that they had been built on private Palestinian land. But in compensation, Netanyahu promised 300 new residential units in Beit El. The move is simultaneously bowing to international pressure and continuing settlement expansion - so the cat and mouse game with the international community continues.

Bohrer rejects the two-state solution. "The so-called Palestinian state is a fiction," he says. "The Palestinians could have gained autonomy before 1967, when the West Bank belonged to Jordan. But now that the Israelis are here, there suddenly has to be a Palestinian state."

He wants a one-state solution, as does Judy Simon. "I am loath to trust all the Arabs, because there are some who want to kill us," she says. "I think that if this area were to be annexed, and those Arabs who are good citizens were granted the same rights, there could be peace here."

Israel votes down legalization of settlement on Palestinian land

Israel has quashed legislation that would have stopped the eviction of Jewish settlers from an outpost on private Palestinian land. But Prime Minister Netanyahu has promised to build 300 new homes in the West Bank. (06.06.2012)

Following the shooting down of a Turkish plane by Syria, Turkish Prime Minister Recep Tayyip Erdogan has begun rattling a few sabers. DW's Baha Güngör thinks this only adds to the risks the region is facing. (27.06.2012)

An Iranian claim that just-elected Egyptian President Mohammed Morsi is planning to move his country closer to the theocracy in Tehran may have been a false alarm. But it showed just how jangly nerves are at the moment. (26.06.2012)

Israel is planning to build more than 1,300 more homes in the occupied West Bank. The number adds to some 2,000 approved in August and increases fears for an already elusive peace process.

Amid Israel-Gaza conflict, a two-state solution seems utopian to some 17.05.2021

US denounces Israel's illegal settlement building in the West Bank 26.10.2021

The Biden administration has said it "opposes" the advancement of Israeli settlements in the West Bank. The move is a shift from the open support of settlements from ex-President Trump.