Israel launches airstrikes on Gaza after sealing off enclave 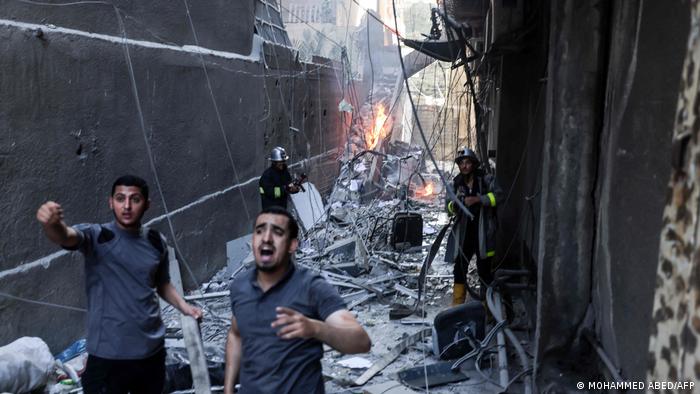 "The IDF is currently striking in the Gaza Strip. A special situation has been declared on the Israeli home front," it said in a statement.

The "special situation" comes after days of heightened tensions and the arrest of a senior member of Islamic Jihad — a militant group with a strong presence in Gaza — during a raid in the West Bank on Monday.

Islamic Jihad said another senior member was killed during Friday's airstrikes. The Palestinian Health Ministry said that at least 10 people had been killed, including a 5-year-old child, and more than 50 others were injured.

Later on Friday, Islamic Jihad said it fired more than 100 rockets at Israel from Gaza in response.

Israel also closed off its two border crossings with Gaza on Monday, seriously restricting the movement of goods and people in and out of the enclave, after the arrest, citing security concerns.

Reinforcements were also deployed to the border region because of fears that Islamic Jihad would carry out a retaliatory attack.

Defense Minister Benny Gantz was also on the scene on Friday, visiting Israeli communities near the border. Schools and other activities within 80 kilometers (50 miles) of the border have been restricted.

He said authorities were preparing "actions that will remove the threat from this region."

"We will operate with internal resilience and external strength in order to restore routine life in Israel's south,'' he said. "We do not seek conflict, yet we will not hesitate to defend our citizens, if required.''

Islamic Jihad rejects the existence of Israel and has carried out deadly attacks in recent years.

It said on Thursday that it was "on alert" following the arrest in the West Bank city of Jenin. Israeli soldiers also killed a 17-year-old, whom Islamic Jihad claimed as a member, during the raid.

Tensions soared earlier this year, with Israeli forces stepping up raids in the occupied West Bank after a series of attacks inside Israel.

The manager of Gaza's only power plant said border closures had left the facility running short of fuel and a shutdown was imminent.

Israeli security forces say they have arrested two Palestinians suspected of carrying out a deadly attack in the town of Elad last week. The detentions come after a massive manhunt.