Israel-Hamas cease-fire: Who are the winners?

An Egypt-brokered cease-fire has put an end to the latest fighting between Israel and Hamas. Who are the immediate winners and losers? 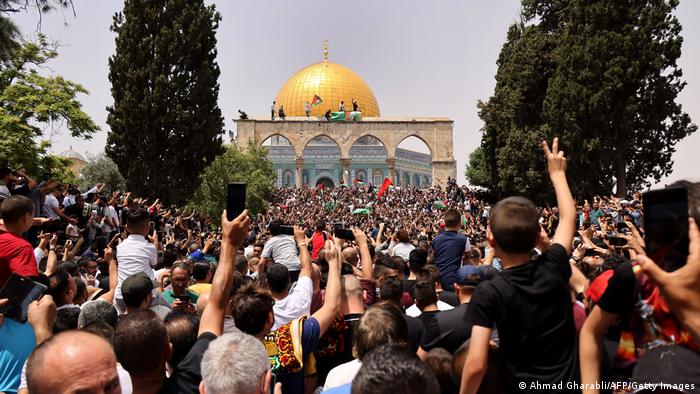 Barely 12 hours after the cease-fire began, clashes between Palestinians and Israeli police broke out at Jerusalem's Al-Aqsa Mosque compound

As a cease-fire agreed on Thursday night goes into effect, both Israel and the Palestinian Islamist group Hamas are claiming victory after 11 days of military conflict.

"However, the true winners of this conflict are Benjamin Netanyahu and Hamas," Professor Eckart Woertz, director of the German Institute for Global and Area Studies (GIGA) in Hamburg, told DW.

In the case of Netanyahu, Woertz said, the military intervention has diverted the focus from his inability to build a new government after the country's fourth inconclusive election in two years, while also putting a preliminary hold on the corruption trial against him.

And Hamas, in contrast to long-time Palestinian President Mahmoud Abbas, has been able to present itself as the guardian of Palestinian interests in the West Bank and in the intra-Palestinian dispute, said Woertz. 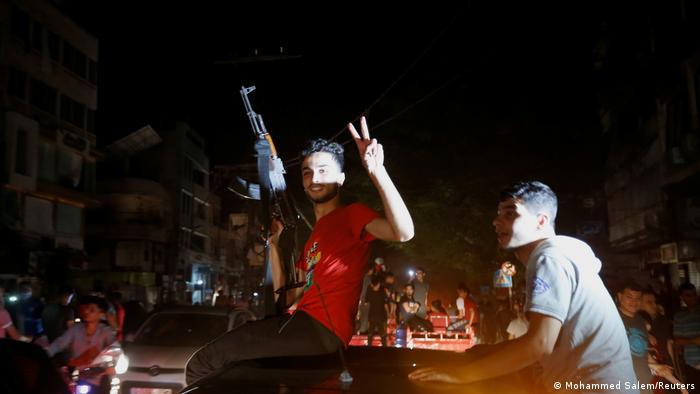 It will certainly not please Abbas that international players have started considering direct or indirect negotiations with Hamas, despite its being classed as a terrorist organization by the German government, the EU, the US and some Arab states.

Even German Chancellor Angela Merkel stated after Thursday night's ceasefire that it was necessary to maintain indirect contact with Hamas.

At any rate, one thing is very clear: Abbas, who postponed the first Palestinian elections in over 15 years in late April this year, came out weaker than before from this military operation.

Several Arab media outlets, as well as Israeli newspapers, have described Abbas as the "biggest loser." They claim that he has lost the attention even of the Palestinians and that many in the international community no longer see him as a player of influence in the Israeli-Palestinian conflict. 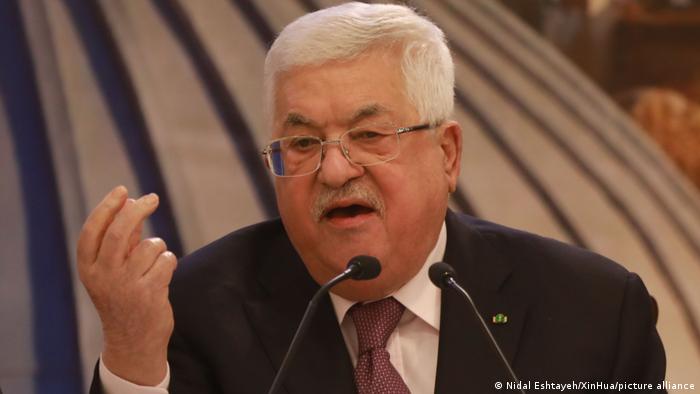 Is Abbas' position weaker after the conflict?

One of the regional winners of the Gaza crisis is Egypt. It is likely that its role in mediating the conflict will boost the way the US sees Egypt as a regional power player in the future. Egyptian media outlets, at any rate, are quite sure of it.

Yasser al-Hudaibi, deputy head of the national liberal Al-Wafd Party and professor of constitutional law and human rights, told state media he firmly believed that Egypt has been a role model in dealing with the Palestinian issue.

But Neil Quilliam, associate fellow at the London-based think tank Chatham House, told DW: "I think the most we can say at this point is that Egypt has once again demonstrated its ability to leverage its relationship with Israel, though limited." 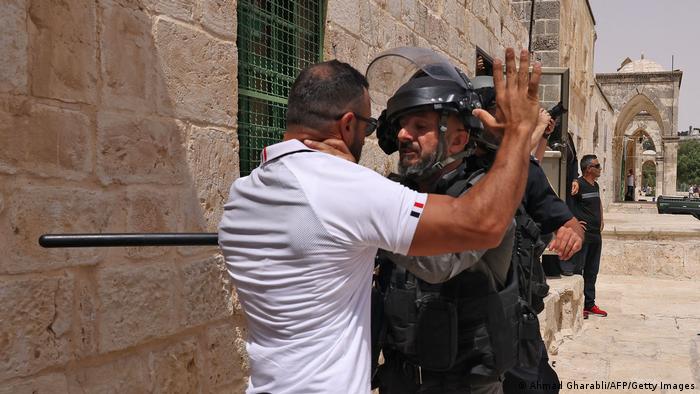 It remains to be seen if Arab allies of Israel will maintain their diplomatic and economic relations with it. "Despite the recent establishment of the Abraham Accords, it is now fairly unrealistic to assume further deepening of Arab-Israeli relations without solving the Palestinian issue beforehand," Woertz said.

At a global level, the past 11 days have brought the discussion about a two-state solution back to the focus of attention. Only minutes after the cease-fire went into effect, US President Joe Biden tweeted: "I believe that Palestinians and Israelis equally deserve to live in safety and security and to enjoy equal measures of freedom, prosperity, and democracy."

Biden further promised that "my Administration will continue our quiet and relentless diplomacy toward that."

Civilians are the losers

Political issues aside, however, it has been normal civilians who have borne much of the brunt of the conflict.

According to the United Nations Office for the Coordination of Humanitarian Affairs (OCHA), the humanitarian situation in the Gaza Strip is extremely difficult, with up to 71,232  internally displaced people in the Palestinian enclave. The death toll in Gaza was 243 as of Friday, while 13 people in Israel died as a result of the fighting.

"The losers of the war are civilians on both sides," Woertz told DW.

The situation in Israel was further exacerbated by a hitherto unseen level of domestic tension between Jewish Israelis and Arab Israelis that has brought the country close to a civil war.

Protesters have thrown stones and soldiers fired rubber bullets and tear gas amid unrest around the holy site in Jerusalem. It comes just hours after Israel and Hamas agreed a cease-fire.

US President Joe Biden's first year weighed down by disappointment