Malka Leifer faces 74 charges of child sex abuse from her time as a teacher at a Jewish school in Melbourne. Leifer, who was born in Israel, has been fighting her extradition to face trial since 2014. 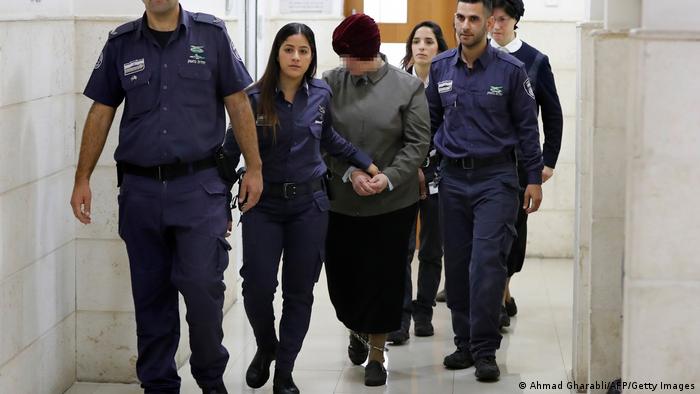 Malka Leifer (C), a former Australian teacher accused of dozens of cases of sexual abuse of girls at a school, is escorted by police as she arrives for a hearing at the District Court in Jerusalem on February 27, 2018.

Leifer faces as many as 74 abuse charges that she allegedly committed while teaching in Melbourne.

She is accused of abusing three sisters during her time as headmistress of Elsternwick's Adass Israel School between 2001 and 2008.

The Israeli-born teacher left Australia in 2008 when the accusations first began to surface.

She maintains her innocence and has been fighting her extradition since 2014.

One of her accusers took to Twitter on Monday to respond to the news.

Dave Sharma, a former Australian ambassador to Israel who is now a Liberal MP, tweeted the pictures of Leifer as she prepared to leave the country.

He said "justice was a step closer" for her alleged victims.

“This clearly did not happen given the fact that photographs of her being led in handcuffs and legcuffs were leaked to the press,” he said.

Leifer's extradition was hit by delays

Extradition proceedings stalled in 2016 when an Israeli court ruled she was mentally unfit to face trial.

Critics, including Leifer's alleged victims, had accused Israeli authorities of dragging out the case for far too long, while Leifer claimed she was mentally unfit to stand trial.

But evidence later emerged she was lying about being catatonic and incapacitated by anxiety. 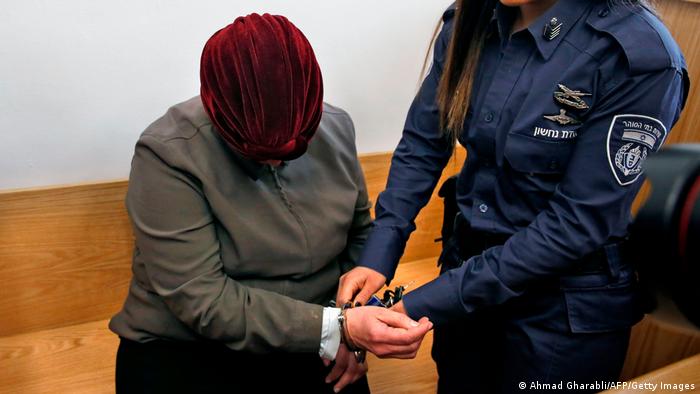 An Israeli policewoman removes handcuffs from Malka Leifer, a former Australian teacher accused of dozens of cases of sexual abuse of girls at a school, as she arrives for a hearing at the District Court in Jerusalem on February 27, 2018

In January 2020, a panel of psychiatrists concluded the 54-year-old was faking her mental illness to avoid extradition.

The country's Supreme Court rejected her final appeal against the extradition in December.