Turkish Prime Minister Erdogan is under pressure as the radical Islamist group ISIS advances in a region of Iraq with close ties to Turkey. The group took nearly 50 people hostage while seizing a Turkish consulate. 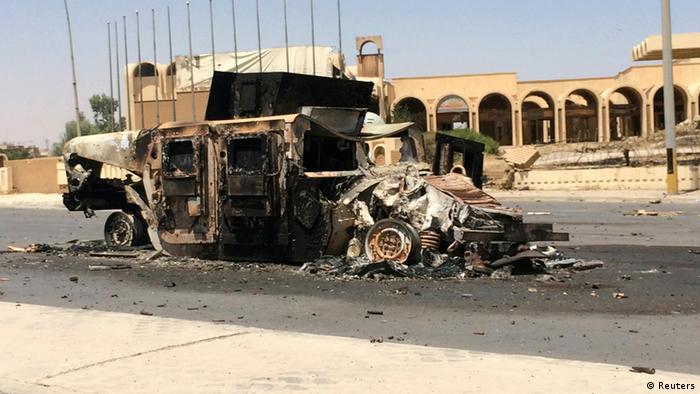 Militants of the Sunni terrorist group the Islamic State of Iraq and Syria (ISIS) seized the Turkish consulate in Mosul without firing a single shot, taking about 50 people hostage. Only one day before the attack, Turkish Foreign Minister Ahmet Davutoglu wrote on Twitter that all security measures to protect the mission were in place.

Turkish Prime Minister Recep Tayyip Erdogan called emergency meetings in Ankara with advisors and President Abdullah Gul. Several Turkish media reported that military operations to free the hostages were not an option at this time, but that Ankara had chosen to negotiate via intermediaries.

Crisis in a key region

All of northern Iraq and in particular the autonomous Kurdish areas to the north and west of the city are of immense strategic importance to Ankara. Iraqi oil is pumped to Turkey through pipelines from this region. The prosperous northern Iraqi Kurdish oil region is the second only to Germany as a market for Turkish exports. Turkey also feels close to the ethnic Turkmen people settled in an area that long was a part of the Ottoman Empire. Ankara relinquished its territorial claim to Mosul in 1926. 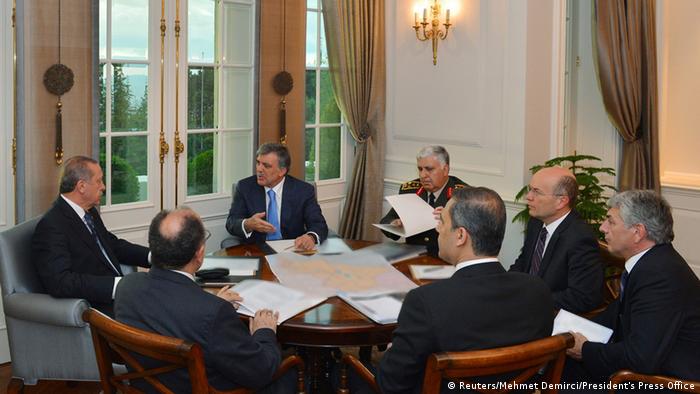 In a crisis meeting, Turkish leaders threatened to retaliate if any of the hostages are harmed

The ISIS group's successful advance in northwestern Iraq is a threat not only to Turkish interests in the region. Some observers have warned that the jihadists could also pose a threat to Turkey itself. Turkish columnist Rusen Cakir wrote summed up his column in the "Vatan" with the words "Al-Qaeda at the doorstep." ISIS is active in areas along the border with Turkey, and the group might even try to expand its sphere of influence into southeastern Turkey, Cakir added.

The Turkish opposition accuses Erdogan's government of having missed this alarming development. The cabinet is focused only on Erdogan's expected presidential candidacy, Oktay Vural, an opposition parliamentarian from the nationalist MHP party, told the "Hürriyet" daily. Fellow party member Sinan Ogan told CNN-Türk that security officers at the Mosul consulate surrendered to the ISIS attack without a struggle on orders from Ankara.

The accusation that ISIS caught Turkey off guard in Mosul is just one of many allegations. Erdogan's government backed ISIS radical Islamists in Syria for years to speed up the downfall of Bashar al-Assad in Damascus while at the same time fighting Kurdish moves toward autonomy in Syria, Turkish journalist Hasan Cemal wrote on the T24 news website on Thursday (12.06.2014). Now ISIS is turning on its Turkish supporters, Cemal warned.

Maliki has his back to the wall

The terror organization ISIS has taken over more and more of northern Iraq. Prime Minister Nouri al-Maliki is facing accusations that the security catastrophe is his fault. (12.06.2014)

Militant fighters have pushed toward Iraq's capital Baghdad after capturing several towns and cities in a bold offensive. The Iraqi parliament is due to meet to consider imposing a state of emergency. (12.06.2014)