Syria is the most dangerous country for journalists, according to the Committee to Protect Journalists. Middle East program coordinator Sherif Mansour estimates about 20 foreign reporters are being held hostage. 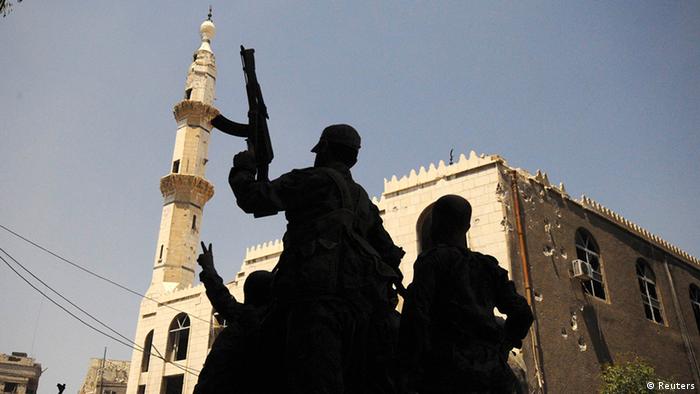 DW: How much do we know about the journalists who have been abducted in Syria?

Sherif Mansour: We have reported on many of those cases. We actually believe that as many as 80 and more were kidnapped since the civil war started. That includes 65 who were kidnapped last year alone - that's more than one journalist every week. And we at the time said this is an unprecedented number.

We are trying to keep track, but it's very difficult, because some of these cases go unreported, and in other cases it's the family or the media organization that employs the journalist who ask that there will be a blackout on the case. That's why we couldn't reveal a lot of information.

Who is targeting these journalists?

At the beginning, the [Syrian] regime was doing all these violations against journalists. It wasn't until 2012 that we saw the opposition then, or IS [the "Islamic State"] - which was ISIS back then - starting those violations. By the end of 2012, ISIS became the greatest threat to journalists - they've killed journalists, they've kidnapped more journalists than anyone else. And they were very brutal about it. They've also targeted foreign journalists to serve as leverage in negotiations with other parties, including foreign governments. 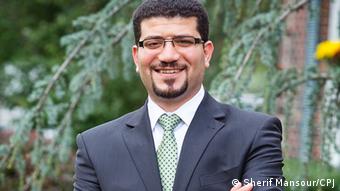 Mansour, an Egyptian-American, is a democracy and human rights activist

Overall, they treat journalists as enemy combatants - they accuse them of being spies. And that's, of course, a complete disregard of international law, which is not strange for ISIS.

Syria has been the most dangerous country for journalists for several years now. We know that since 2012, some media outlets have already started withdrawing their reporters and have stopped contracting local journalists in order to serve as correspondents for them. We also know that many international organizations in the past have addressed several branches in the opposition and in the regime saying that the kidnapping of journalists has to stop if they want to show the truth of what is happening there. Unfortunately, this has not been given much traction.

We think it is going to continue to be the most difficult and the most dangerous situation for journalists and we warn journalists if they really need to go there that they should do all the preparation needed and make sure that they work with their employers and other groups to ensure their safety.

What kind of preparation can one take when going to a place like Syria?

Regardless of how difficult the situation is, there are a lot of things that we detail in our security guide. But what we've found is that those journalists always get into trouble only when they, for example, let go of being cautious. Many of them were kidnapped on their way out of the country after they started to discard a lot of their security tips.

How is it impacting the reporting on Syria? Is it still possible to find reports that are giving us a good, objective picture of the conflict?

Unfortunately, [there is] a very small minority of journalists than can be considered independent right now. What we've seen in the past is that the more polarization happens, the more atrocious civil wars become. Propaganda by the regime and also by some of the opposition forces has made it impossible for any independent voice to speak up.

Sherif Mansour is the Middle East and North Africa program coordinator for the Committee to Protect Journalists.

As Gaza and the rise of Islamic State militants in Iraq seized international headlines, Syria dropped off the media radar. But just because no one is talking about it, doesn't mean it has gone away. (20.08.2014)

Islam expert on IS: 'The main message is revenge'

A video depicting the beheading of a US journalist is part of a highly professional media strategy by the "Islamic State," Islam expert Christoph Günther tells DW. (20.08.2014)