Is capitalism a runaway car veering off a cliff? | Business| Economy and finance news from a German perspective | DW | 29.05.2020

Is capitalism a runaway car veering off a cliff?

As the coronavirus pandemic has brought economies to a halt all over the world, Kate Ferguson examines the idea of capitalism as a runaway car on the edge of a cliff.

A few years ago, while browsing in a secondhand bookshop in Edinburgh, I stumbled upon a title so irresistible that I scooped it up immediately and brought it to the till.

Since then, George Bernard Shaw's The Intelligent Woman's Guide to Socialism, Capitalism, Sovietism and Fascism has been gathering dust on my bookshelf. During lockdown, I finally picked it up.

I must admit that I enjoyed being addressed as a "learned lady reader" and couldn't help but think that if more authors of economic theory adopted this trope, the readership for their dry treatises might increase.

Aside from excelling in the art of flattery, the work — first published in 1928 — is astonishingly timeless.

One chapter in particular sounds depressingly contemporary. In "The Runaway Car of Capitalism," Shaw employs a series of metaphors to describe the ceaselessness, impenetrability and incomprehensibility of capitalism:

"Fancy yourself in a car which you do not know how to steer and cannot stop, with an inexhaustible supply of petrol in the tank … on an island strewn with rocks and bounded by cliff precipices! That is what living under capitalism feels like when you come to understand it."

Yes! Almost a century later, that is still what it feels like. These days we have other metaphors. We talk about hamster wheels and rat races. But these are only other ways of describing constant, senseless motion.

Shaw's work was published the year before the stock market crash that precipitated the Great Depression. Already then, the folly of speculation was more than apparent:

"Our rulers," he writes, "are full of the illusions of the money market, counting 5 pounds a year as 100 pounds."

As I read this, US President Donald Trump shoots out another Tweet about how the stock market is destined to reach even dizzier heights next year.

The truth is we all know deep down that it's nonsense. It makes no sense for a company's value to fluctuate wildly from one day to the next and for a select few people to become extraordinarily rich from the labor of many. But we accept the system because things have always been this way and to advocate for something else would be, well, a bit radical, wouldn't it?

And even if there were an alternative, how would it look? Wanting to exit the rat race is all well and good, but is the idle life of a sloth really the one you want?

But as Shaw argues, it's not motion itself that is the problem. It's our failure to manage it:

"Nobody who buys a motor car says 'the slower the better.' Motion is delightful when we can control it, guide it, and stop it when it is taking us into danger." 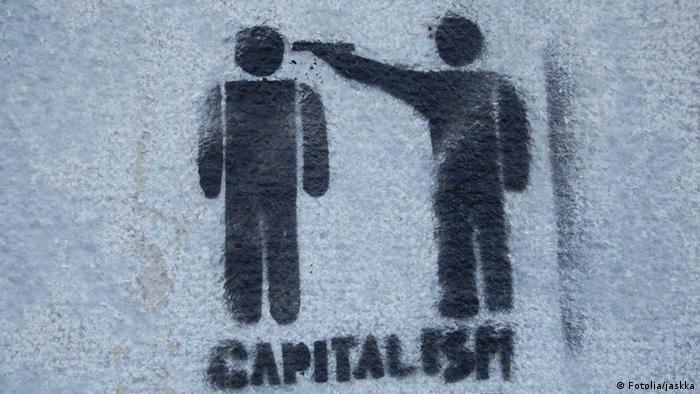 To put it in other words, there are two forces at play: the overwhelming, impervious power of capitalism and those tasked with taming it.

Having a runaway car is a big enough problem. Without a sensible person at the wheel, you might as well resign yourself to your fate.

The terrifying thing about the world now is that the forces feeding the system are invisible. The runaway car is, for all intents and purposes, fully autonomous.

In the age of the internet, no two people see the same blend of messages. These foundational differences have lowered the standard and possibility of public discourse. Advertising has become so tailored that individuals cannot unite in their response.

Corporate structures are opaque and designed to foster subtle competition among employees. This makes it harder for labor movements to materialize.

Many of the things we use every day are the product of supply chains so complex that they are nearly impossible to recreate. Efforts to understand them make us feel guilty and fatigued. Resignation often seems to be the only response.

Capitalism-induced ignorance isn't new but it is certainly entering its heyday now. As we spend more time working and less time thinking, our demand for simple messages has peaked.

Even Shaw in 1928 was driven to the cynical and — one might say prescient — conclusion that those destined to govern in a runaway capitalist system are:

"… those who do not know and cannot think … They sometimes make the best rulers, just as the best railway signalman is he who does not feel his responsibility enough to be frightened out of his wits by it."

The message is stark. Capitalism is a force so terrifying that only the ignorant have the temperament required to take it on.

There are antidotes to the madness though. Chief among them is time.

In Shaw's era, the miners were fighting for a seven-hour working day instead of eight. These days, we are engaged in larger-scale psychological battles. Can we afford to turn our phones to airplane mode as we sleep? What if we miss an important notification and get stuck on the lower rungs of the corporate ladder?

Shaw described leisure as the space for "romance and infinite possibilities" and worktime as "the sphere of cut and dried compulsory reality."

For the lucky among us, the pandemic has provided some respite from the drudgery of the working world. Some have seized the opportunity to pull the brakes on the runaway car and observe just how close they had been to veering off the edge.

Others have taken to the streets to demand the right to get back in the passenger seat.

Who, if not us? How to save the world

Who, if not us? How to save the world