Outgoing UN secretary general Ban benefits from being away from the scandals that have plagued Korean politics and a reputation for being clean. But is he strong enough to reunite the nation? Julian Ryall reports. 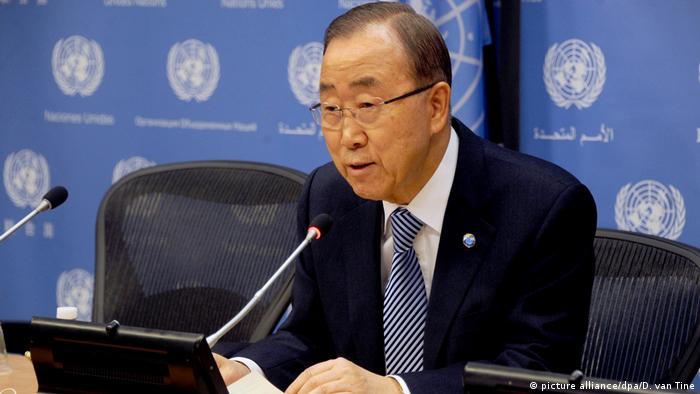 In his final speech as secretary general of the United Nations, Ban Ki-moon hinted at his next ambition. Speaking on December 16, Ban confirmed that he would return to his native South Korea in 2017, after his second four-year term in New York is concluded, and would "consider seriously" how he might best serve his country.

As a new UN secretary general is sworn in, how will the outgoing chief Ban Ki-moon be remembered in history? DW examines his record in office and the unresolved challenges he leaves behind for his successor. (13.12.2016)

The trial of the "Rasputin" of South Korea has begun in Seoul. Choi Soon-sil is accused of far-reaching political corruption. (19.12.2016)

Tens of thousands of people have filled the streets of Seoul to both protest and show support for President Park Geun-Hye. The South Korean leader is challenging her impeachment. (17.12.2016)

Given the political and social turmoil that has gripped the nation in the last two months - and brought about the impeachment of President Park Geun-hye - South Korea's next presidential election will arguably one of the most important in its history.

As well as deep concern over the state of the national economy and the threat posed by a nuclear-armed and deeply unpredictable regime in North Korea, the winning candidate is likely to be the one who convinces the voting public that he is best equipped to unite a divided and angry society.

Ban could be the man

The suggestion is that Ban believes he is that man.

"I have never seen the nation so divided and I feel that the general public would like to see a candidate who is able to serve as a central point to reunite public opinion, as well as embracing the differences in our society and the different political factions," a former South Korean diplomat told DW.

"Ban has not declared that he will be running for the post of president, perhaps because he is still UN secretary general, but he is quite popular and has a high name recognition," said the retired diplomat, who requested that he not be identified.

"If he can find a strong political movement or organization to support him, then I would have to say that he would be one of the most promising candidates," he added.

For the moment, Hwang Kyo-ahn is serving as both president and prime minister of South Korea after parliament voted to impeach Park. Her term was due to end with presidential elections for her successor in December 2017, but that process will be brought forward if - as expected - the constitutional court confirms her impeachment.

As soon as that decision is announced, an election must be held within 60 days. Analysts say that the vote could take place as early as March. 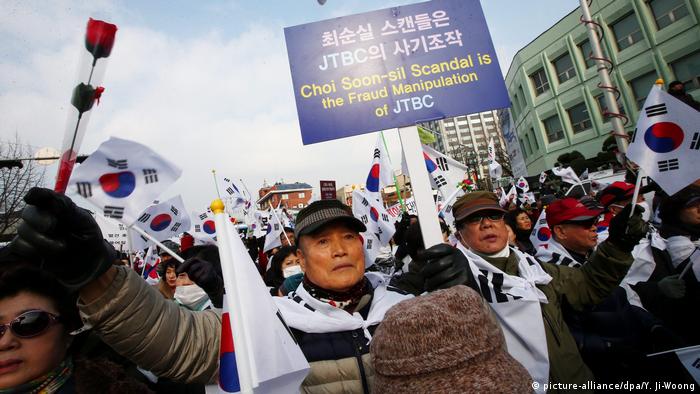 That, however, was before a scandal involving allegations of influence-peddling and corruption engulfed Park's presidency and damaged - perhaps fatally - the image of the ruling Saenuri Party.

"I do not believe he can run under the banner of the Saenuri Party because it is so unpopular with the public and it is going through such vicious in-fighting," the former diplomat said. "My feeling is that he would stand the best chance by running as an independent or forming a completely new party that is not tainted by what has gone on before."

Jeff Kingston, director of Asian Studies at the Japan campus of Temple University, agrees that the ruling party has been "deeply tarnished" by the Park scandal, but says Ban needs a political machine if he is to be successful.

"Saenuri has a solid party organization and is able to mobilize the vote, which are significant positives, but he will need to position himself as the person who will clean up Korean politics," he said. "And that will be a very tall order."

As he considers his options, Ban will be weighing the positives and negatives of running for the presidency, Kingston said.

"He has zero political base in Korea and is not considered knowledgeable about domestic policy issues," he pointed out. "On the other hand, and this is a major plus, he is seen as an outsider who has not been involved in domestic politics for the last eight years and is therefore not tainted." 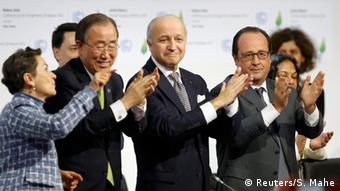 "Another positive is that he has a high name recognition value because of his time with the UN, and is considered clean and credible as well as being an outsider," Kingston said. "He could position himself as the president who brings all parts of society together while allowing the prime minister to get on with the nitty-gritty of policy issues."

The only problem is that Ban has slipped back in the polls and is now behind Moon - who only lost narrowly to Park in the previous election, with some saying that he was only defeated because the intelligence services intervened to swing the vote in Park's favor.

Rah Jong-yil, who has served as South Korean ambassador to London and Tokyo, believes that Ban's biggest appeal is that he has held a global post for eight years and has been away from South Korea for virtually all that time.

"He is the first ever Korean secretary general of the UN and he didn't do too badly," he said. "He served two terms and he is held in high regard in Korea because of that. And that means he has been able to avoid scandal or accusations of ideological bias."

"People here are looking to him as a kind of savior," Rah said. "They expect someone from outside the present political system to come in and deliver them from the confusion that has taken over Korean politics."