Is an interest rate change on the horizon? | Business | Economy and finance news from a German perspective | DW | 22.05.2017

Is an interest rate change on the horizon?

For nine years, interest rates have fallen and the European Central Bank has fired up the economy with a flood of money. It is becoming increasingly clear that this cannot last forever. 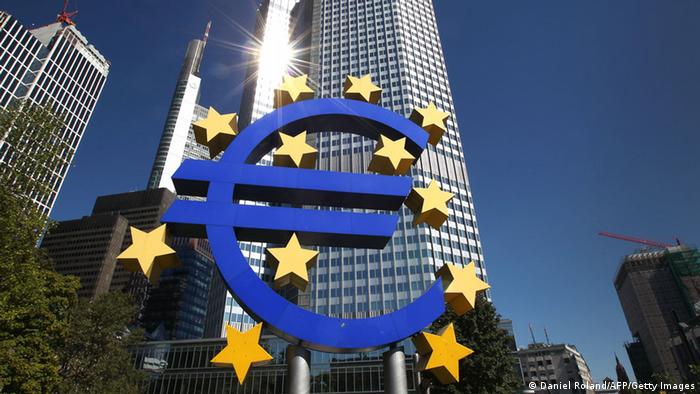 "With a sense of foreboding” – the phrase used when someone has a feeling something is going to happen before it does. That must be how the monetary policy makers at the European Central Bank (ECB) are feeling, as the signs of an interest rate reversal - that is the turn away from the low-interest monetary policy - are growing.

The inflation rate in the eurozone rose to 1.9 percent in April, according to the European sttaistics office Eurostat. In March, consumer prices had only increased at an annual rate of 1.5 percent, but this was linked to the timing of Easter, with an inflation rate of 2 percent logged in February. It is becoming increasingly difficult for ECB President Mario Draghi to justify his interest rate policy and his gigantic loan purchase program with deflation.

"I have never considered the risk of deflation to be particularly great," said Clemens Fuest, the director of the Munich-based Ifo Institute. He added: "It cannot be that the ECB does not react at all to the changed economic situation."

With its zero interest rate policy and bond purchases, the ECB wants to pump liquidity into the markets in order to stimulate the demand for credit from the economy and raise the inflation rate to the value it considers ideal: just below 2 percent. This has clearly been achieved, but Mario Draghi is still hesitating. He argues that energy prices have pushed inflation upward and that the rate of core inflation, which does not take into account fluctuating energy prices, remains largely unchanged. 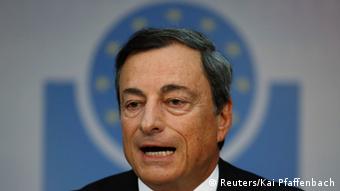 At the beginning of May, German Finance Minister Wolfgang Schäuble publicly stated that now almost nine years after the financial crisis, there were the first signs of an end to low-interest policy. "As the economic situation in the eurozone has improved overall and the concern for deflation has disappeared, there are indications from the ECB Governing Board that the gradual departure from the low-interest monetary policy will begin."

The ECB's assumptions about a change of direction are no coincidence: at the end of April Draghi had cautiously expressed optimism about economic developments in the eurozone. At the beginning of May, however, Draghi told the Dutch parliament that the moment for an interest rate change was not yet ripe, saying "this time has not come yet."

Others see it differently. The interest rate experts at the Federal Association of Public Banks (VÖB) are already expecting a tighter ECB course over the next 12 months. The first decisions by the central bank for a gradual departure from the low-interest policy are to be expected around the turn of next year, according to the VÖB pundits. "While key interest rates have already been raised and will continue to rise, the ECB must prepare the markets for a change of course."

One of the sharpest critics of Draghi 's loose monetary policy is German central bank (Bundesbank) President Jens Weidmann, who already described a discussion on the normalization of monetary policy as "legitimate” in April, and is now seeking an adjustment in the ECB's communication: "The strengthening economic development in the euro area and its robust outlook help bring normalization into view, "he said at the meeting of the seven leading industrial nations in Bari, Italy.

Nevertheless, the ECB will act cautiously in terms of interest rates, says BayernLB strategist Norbert Wuthe. Although the election of Liberal Euro-advocate Emmanuel Macron as French president had triggered relief on stock exchange floors, "a rate hike would endanger the sustainability of the highly indebted Italian state". This is the crux of the ECB's low-interest monetary policy, its critics say. While pushing the economy and inflation only moderately, it gives the heavily indebted states in the south of the eurozone time to carry out reforms. 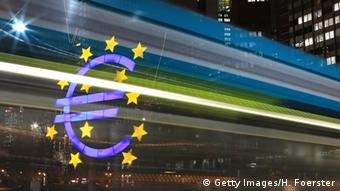 ECB will act cautiously before changing interest rates, according to many analysts

"It is high time for the ECB to put an end to the low-interest rate policy," says Lutz Goebel, President of the Association of Family Businesses. "With the risk of buying government bonds and corporate bonds, the ECB prepares the next finance bubble, above all it finances reforms in Europe."

Above all in Germany, discontent over the ECB's policy is growing. Banks are alarmed and are increasingly passing on the disadvantages of the low-interest policy to customers, who are required to pay new fees. The International Monetary Fund (IMF) warned of persistently weak economic growth.

"The disadvantages of an expansive monetary policy - the distortion of capital markets, the uncertainty for savers, the burden on banks - increasingly outweigh the benefits,” Fuest told financial newspaper "Börsen-Zeitung." He added: "A redistribution of income between creditors and borrowers in Europe is a side effect of this policy.”

Fuest goes on to make the sober prediction that German savers will continue to get a rough deal: "Savers will have to live with a clearly negative real interest rate in 2017."

The euro has hit a three-week low after the European Central Bank (ECB) chief said he saw no need to deviate from accommodative policies, including zero interest rates and massive bond-buying until the end of the year. (06.04.2017)

Despite pressure on the European Central Bank to raise interest rates, any amendments seem unlikely until after June. And not even an Emmanuel Macron presidential victory may hurry the ECB into a change. (27.04.2017)