Is an art fair war on the horizon in Germany?

Where to best show art? The Art Cologne, Germany biggest art fair, plans to expand to Berlin, while Art Basel's organizers are eyeing Dusseldorf. Germany could be headed for a major conflict between art fair locations. 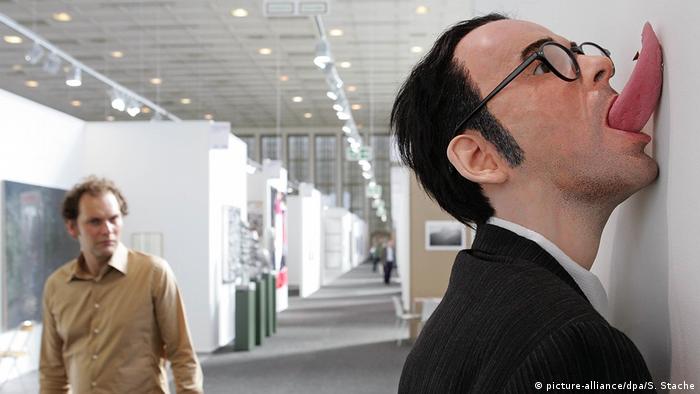 It certainly looks like the German art scene could be in for some skirmishes since the Swiss MCH Group announced it is starting a new fair, the ART Düsseldorf, in November in the capital of the western state of North Rhine-Westphalia.

The move not only fuels the long-standing rivalry between the art fair venues Dusseldorf and Cologne, just 50 kilometers (31 miles) apart from each other on the Rhine River. Cologne seems to feel its top dog position among wealthy collectors in the region is under threat to such a degree that Art Cologne Director Daniel Hug remarked that if the Swiss "decide to build outposts in all corners of the world, they will consolidate such power over the art scene that a great deal of regional art will be pushed off the market."

"This, too, is a form of colonialism," Hug said.

In fact, the MCH Group is not simply a trade fair corporation - the Swiss group organizes the renowned Art Basel, the leading marketplace for contemporary art worldwide. Notable artists and collectors head to Basel every year. Nowhere in the world are sales of top-ranking, expensive art as brisk as in this Swiss city.

MCH founded successful branches of the Art Basel in Miami and Hong Kong, and expansion continues. However, an MCH spokesman said the venue in Dusseldorf wasn't planned as another Art Basel, but as a regional event.

The Art Cologne director's language kicking off the 51st Art Cologne exhibition was surprising and so was Hug's plan to expand the fair to Berlin. With the cooperation of the Art Cologne, a new show called Art Berlin is scheduled to present art from September 14-17, a follow-up to the "abc art berlin contemporary" held for the past nine years at the Station venue in Berlin's Kreuzberg district.

"Berlin is the art hotspot, and many gallery owners would like to see a real art fair here," says ABC Director Maike Cruse, also responsible for the Gallery Weekend Berlin event.

"So we needed a partner, and that's why we're talking to Cologne," she told DW. 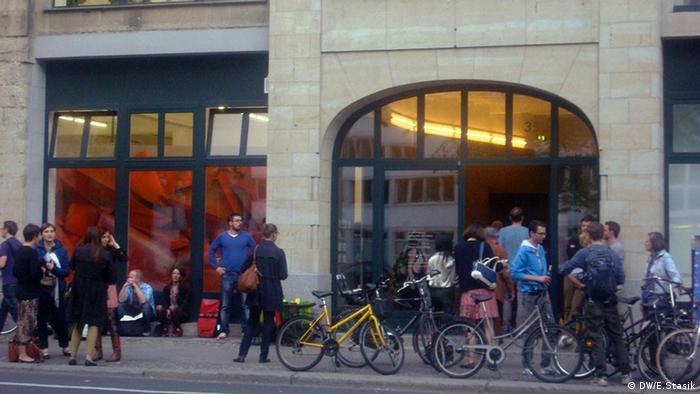 Kristian Jarmuschek, chairman of the Federation of German Art Galleries and Art Dealers (BVDG), welcomed the plan to launch an Art Berlin fair, but argued that it all depends on the costs the galleries would face in the end, adding that he "greatly doubts" the planned fair would be an economic success.

The Cologne trade fair would be operating on "foreign terrain" in Berlin, without access to its own technical and personnel resources, Jarmuschek argued. "Let me remind you of the Art Cologne's efforts to branch out to Mallorca."

The 2007 Art Cologne Palma de Mallorca was a flop, and the costly adventure on Spanish soil ended the career of then-Art Cologne director Gerard Goodrow.

What is the secret to Cologne's success?

Seven years ago, a Berlin art fair by the name of art forum berlin shut its gates. Do fair managers in Cologne do a better job than their colleagues in Berlin? That is a question ABC's Maike Cruse has also asked herself. Will the booming young gallery scene in the capital be able to afford participation in the Art Berlin? How can a Berlin art fair survive in the long run, also from a business point of view?

Unlike the Koelnmesse Group, Cruse's event firm is a consortium of about 50 Berlin art galleries, and as such is not profit-oriented. "I'm not quite sure yet how the Art Berlin is going to make money," Cruse said, adding that negotiations about the conditions of cooperation on ongoing.

Daniel Hug meanwhile has pointed out that since the Art Cologne exists to strengthen and support the German art market, closer cooperation with Berlin is a "logical step to bundle our forces and develop the venue in the long run."

The Art Cologne opens on Wednesday. With September and the Art Berlin just a few months down the road, the Berlin gallery owners will have to come up with a decision soon.

Does expanding art fairs abroad constitute a form of colonialism? The director of Germany's largest art fair, Art Cologne, accused Art Basel of putting profit over art, while planning his own expansion to Berlin. (25.04.2017)

Best known for designing the glass pyramid in front of the Louvre, Chinese-American architect I. M. Pei has left traces of his inimitable modernist style all over the world. He turns 100 on April 26. (26.04.2017)