An exceptional performance from Ireland gave them a deserved 1-0 win over group-winners Italy and qualification for the last 16. Belgium will join them after they beat Sweden, who are out, 1-0. 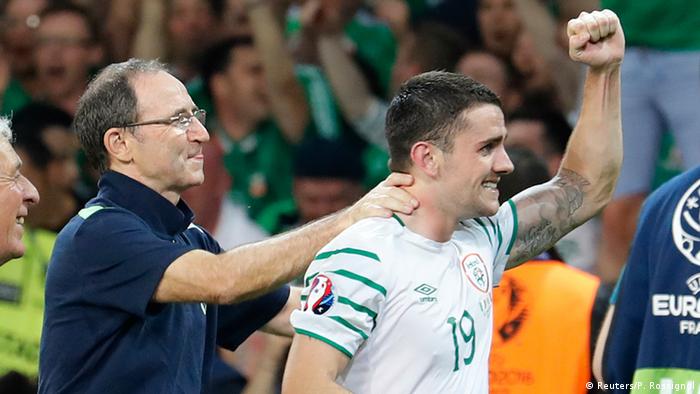 When Wes Hoolahan missed a one-on-one with six minutes to go, even the most optimistic of Irish fans must have been fearing the worst. Just a minute later Irish eyes were smiling and Irish mouths were singing as a thumping Robbie Brady header secured their qualification and a last 16 tie against hosts France.

Ireland made a mockery of their underdog tag with a spirited, direct and skillful performance against an Italy team who weren’t at the races. Italy, guaranteed top spot in the group and a last 16 clash with Spain before the game, made a raft of changes including resting goalkeeper Gianluigi Buffon, who had previously started each of Italy’s Euro games since Euro 2000 to play Salvatore Sirigu.

The Paris St. Germain keeper was called in to action in the 20th minute, tipping over Daryl Murphy’s header from an Irish corner as Italy’s second-string struggled for find any rhythm against a determined Irish outfit. Ireland then had claims for a penalty turned down by Romanian referee Ovidiu Alin Hategan after Leonardo Bonucci left Shane Long in a heap in the box as Italy continued to struggle to cope with their opponents. 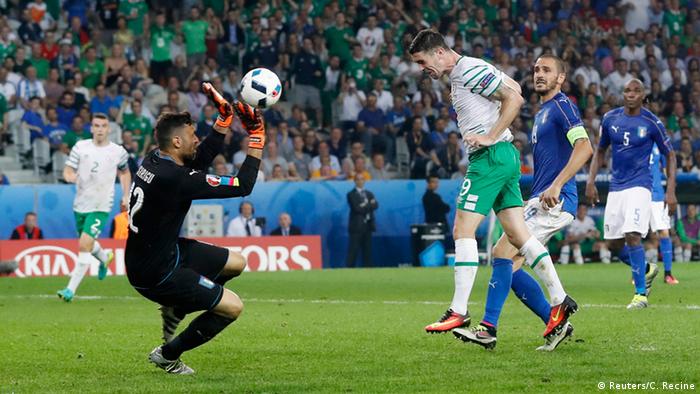 Italy’s first display of genuine attacking threat came just before the break when former Borussia Dortmund frontman Ciro Immobile shot wide from the edge of the box. Ireland then had another strong penalty claim turned away – James McLean bundled for the floor by Andrea Barzagli. Again, the referee saw nothing wrong with the challenge and the game was goalless at the break

The sides exchanged chances in a more even start to the second half, with Simone Zaza just missing for Italy. Sirigu then palmed away a Murphy shot from a tight angle before Seamus Coleman’s shot was blocked from close range.

As the half wore on, Ireland regained control of the match but when Hoolahan hit Sirigu from close range, it looked all over for Ireland. But then their moment came. Hoolahan crossed from deep on the right and Brady timed his gut-busting run from the opposite side of the pitch to perfection. nodding home and causing pandemonium in the stands. 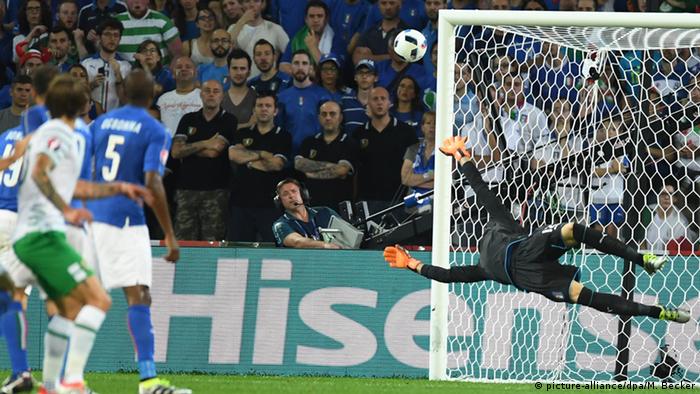 A stunning late strike from Radja Nainggolan sent Sweden home from Euro 2016 despite a much-improved performance.

Even with Zlatan Ibrahimovic – who recently announced he would retire after this tournament – Sweden had barely threatened in the tournament before Wednesday night’s match. But the signs were better for the Swedes early on in this one, Marcus Berg testing Thibaut Courtois in the Belgian goal after five minutes. But the Red Devils looked confident going forward in an engaging opening 15 minutes.

The Scandinavian side continued to show improvement from their earlier efforts, Ibrahimovic shooting wide from just outside the area after half-an-hour. One of the game’s other superstars, Kevin De Bruyne, started to dictate proceedings towards the end of the first half but neither side could make the breakthrough. 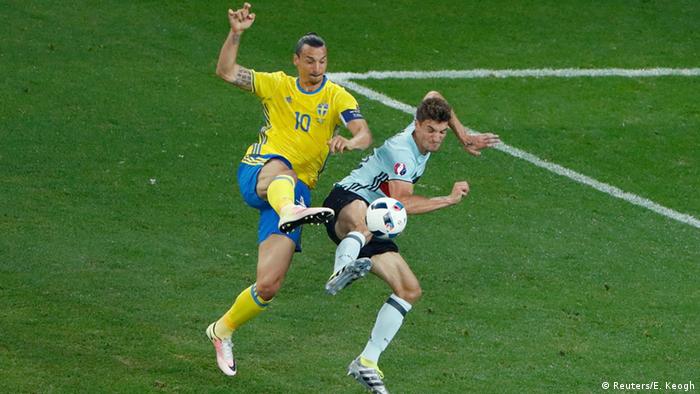 With time ticking down, Sweden – and in particular Ibrahimovic – started to show more attacking intent. The side in yellow needed three points to qualify, and their talismanic captain nearly secured their qualification with a trademark acrobatic volley in the 63rd minute, only for it to be correctly ruled out for offside.

The 34-year-old almost extended his international career for at least 90 more minutes with a 75th minute free kick that had Courtois scrambling to make a save but it wasn’t to be for Ibrahimovic or his country.

Nainggolan’s excellent arrowed drive six minutes from time confirmed that the Swedes would finish fourth in group E and gave his side a little extra momentum heading in to their game with Hungary on Sunday.