The Baghdad museum, looted 12 years ago, reopened ahead of schedule on Saturday. The reopening was in response to the destruction of priceless antiquities by "Islamic State" jihadists in Mosul, officials said. 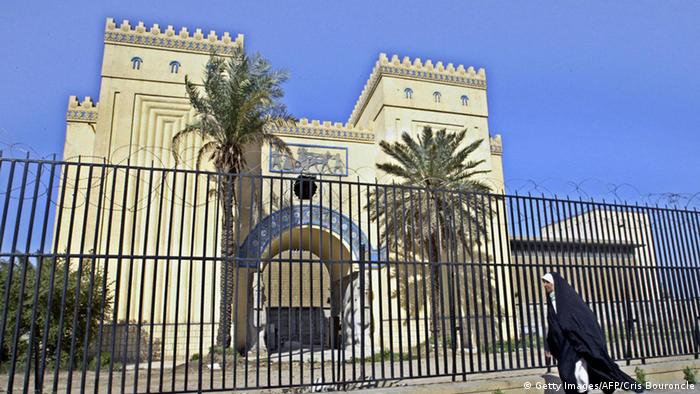 Plans to reopen the National Museum of Iraq have been in place "for the past couple of months," deputy tourism and antiquities minister Qais Hussein Rashid told AFP. "The events in Mosul led us to speed up our work," he added.

The museum, which displays priceless relics from Mesopotamia, closed following the US invasion of Iraq in 2003 due to looting. According to the latest official figures, around 4,300 of the roughly 15,000 looted pieces have been recovered in the past 12 years. Authorities are still tracking down more than 10,000 artefacts in markets and auctions, Rashid said.

On Thursday, the jihadists occupying Mosul released a video in which Islamic State militants are seen defacing and destroying ancient statues with sledgehamers and power drills - some of the statues dating back nearly 3,000 years.

One jihadist claimed on camera that the statues were being destroyed as symbols of idolatry. But Iraqi Prime Minister Haider al-Abadi told a news conference on Saturday that the government had "information that Islamic State destroyed some (artefacts) and kept others for smuggling, and the smuggling operation is afoot."

Experts have commented that in the Mosul video, IS militants are seen destroying pieces which are too bulky or too heavy to be smuggled out and sold to provide financing for the Islamic State movement. Prime Minister al-Abadi had mentioned that all the items were marked and recorded, and that Iraq would try to track them down with international help.

The destruction in Mosul has drawn comparisons to the 2001 detonation of the Buddhas of Bamiyan in Afghanistan by the Taliban.

The reopening of the National Museum will help in healing the wounds of the Mosul looting, Rashid commented.