Iraqi Christians in Germany have high hopes for Pope Francis′ visit to their old home | Germany| News and in-depth reporting from Berlin and beyond | DW | 05.03.2021 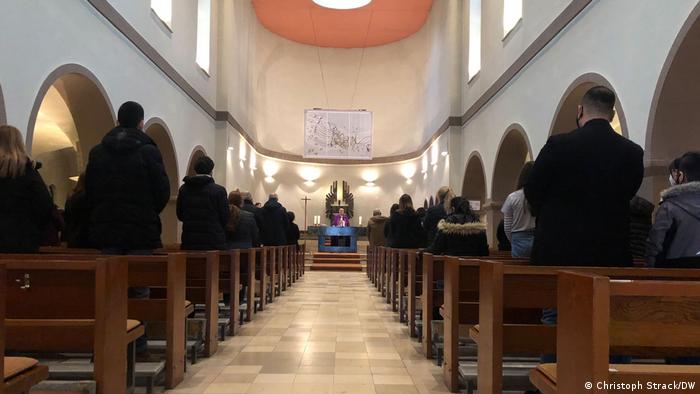 "Because of the pandemic, it is difficult to travel from Germany to Iraq. So everyone wants to follow the pope's visit on television or YouTube," says Raad Washan Sarah Sharafana, a priest in Berlin.

He belongs to the Chaldeans, the Iraqi branch of Catholicism. For weeks now, when he celebrates mass in the Catholic Church of the Good Shepherd, the 51-year-old has also been praying for a safe and successful journey for the pope.

Never before has the head of the Catholic Church visited Iraq. And seldom has one of the pontiff's 32 visits abroad raised as many expectations as the current four-day tour. 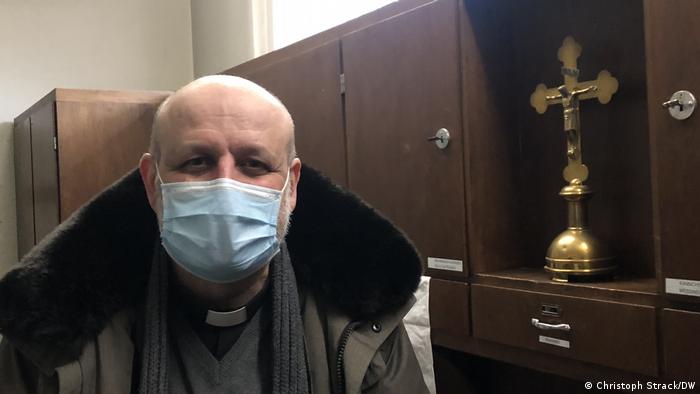 In Berlin, Alen Albezo is one of the congregation of roughly 50 people who attend mass every Sunday, even during the pandemic. The parish is made up of much younger people than the average Catholic parish in Germany. Albezo is 21 and stays around after Mass talking to people from his own age group. "It is important to see, feel and hear the Iraqi roots sometimes," he says.

Albezo came to Germany in 2015, when hundreds of thousands of refugees fled war and terrorism and sought refuge in Europe. He came "with the big wave of refugees," he says, along with a brother and a nephew.

Their route took them through Turkey to Greece, then through Bulgaria and Austria to Munich. From there he went north to Hamburg and then to Berlin. It was an odyssey through a strange world, but Albezo can list the different stations in the space of 20 seconds. 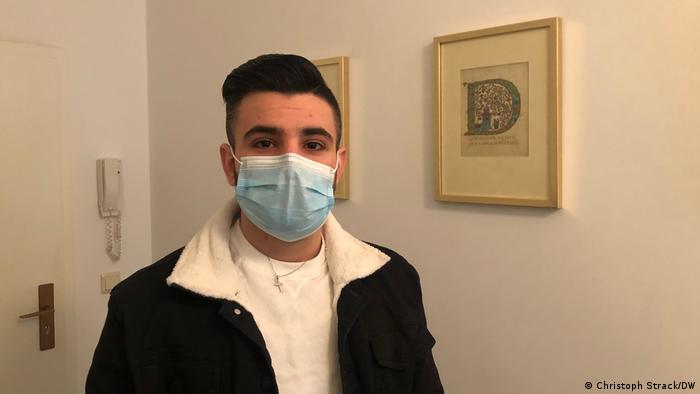 Albezo came to Germany from Iraq in 2015

In 2017, his parents were allowed to join him. They have long since moved out of emergency accommodations and into a family apartment in the central Berlin district of Charlottenburg. Albezo hopes to graduate from school and start an apprenticeship as a dental assistant. He'd really like to become a dentist, he says.

When Albezo talks about his extended family back in Iraq, he is also talking about the fate of Iraqi Christians in general. Once, there were about 2 million Iraqi Christians of various denominations. Now, only a fraction remains. 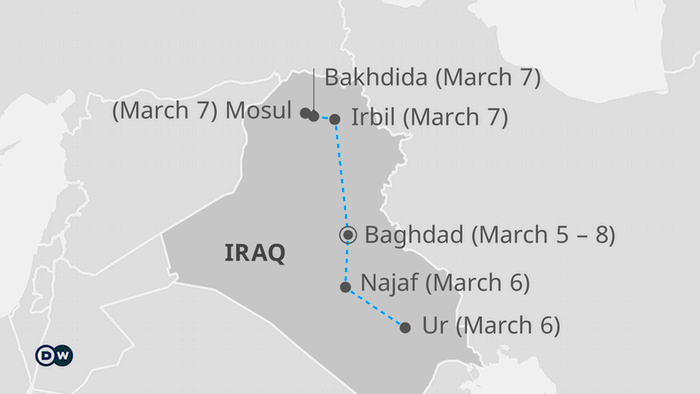 The pope's itinerary in Iraq

In 2014, fighters from the so-called  "Islamic State" invaded the die Niniveh area, where Albezo and his family lived in the largely Christian town of Bartilla. IS killed many Christians and destroyed churches and other monuments.

"Those who did not convert to Islam faced harsh punishment. And the risk was too great. It could cost you your life," explains Albezo. Only about one in five of his extended family remains in Iraq, in various regions.

In the meantime, there are thousands of Iraqi Christians living in Germany. Internet sources suggest that they number 6,000 or more. Priest Sami Danka of the Chaldean Catholic Parish in Munich says the number is probably much higher. He estimates that there are more than 20,000 Chaldean Christians in Germany. Most of them in southern Germany, the populous Ruhr valley, and big cities like Berlin and Frankfurt.

Danka does not know anybody who was able to make the trip to Iraq for the pope's visit. "Because of the coronavirus," he says.

Berlin-based Alen Albezo still has relatives in Iraq. Others have no one left there.

"My entire family has left, apart from a few distant cousins," says Athraa Hanna (28). This echoes the fate of many Middle Eastern Christians in recent decades, who have seen their communities succumb to displacement and decline.

Hanna came to Berlin as a child with her family in 2006, not long after the Iraq War, and now works as a dental assistant. She sometimes visits the German Catholic parish, but she goes to the Chaldean mass every Sunday: "For me, it's a beautiful thing, that we speak the old language. There are many people who don't speak or understand it very well. They can't understand our bible."

Now, the pope is visiting her home country, with all its traditions and places of suffering. He is meeting with political leaders and representatives of Islam. Hanna seems genuinely excited about the prospect. "We hope that someday, people can live in peace together. Hopefully, the whole world will see our country. Nowadays, people don't know much about Iraq," she says. 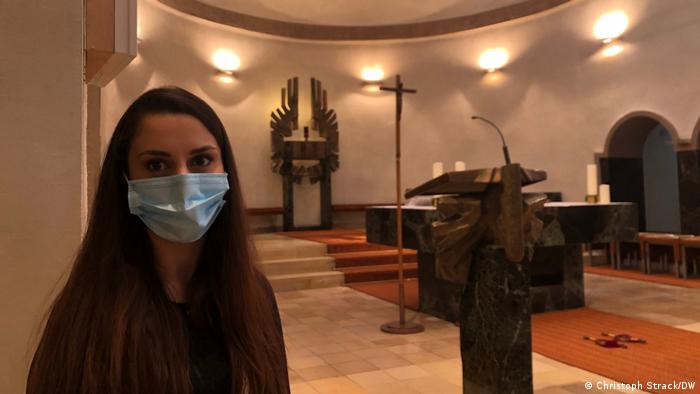 Athraa Hanna visits goes to the Chaldean parish every Sunday.

Albezo knows "how it feels to see the pope live or hear his words live." In 2016, he traveled from Berlin to the World Youth Day in Krakow, Poland. He sees Christians in Iraq as a minority that is "left alone or lonely in these times." And he sees the pope's visit as a sign of hope. Everything that happens in Iraq, he says, affects Muslims and Christians to the same degree. "I think that for the pope to take this step is a positive thing for us."

Priest Sharafana will say another prayer for the pope on Sunday, while he is in Iraq. He hopes the papal visit will remind people in the west of the situation of the Christians by the rivers of Babylon. "We need solidarity from other people, from Europe for our country. They should look closely because many are suffering," he says.

Iraq's rogue militias: Who can stop them from attacking?