Nine Iraqi army soldiers have been killed in what appears to be a friendly fire incident. Both the US and Iraqi defense ministers said they would conduct an investigation. 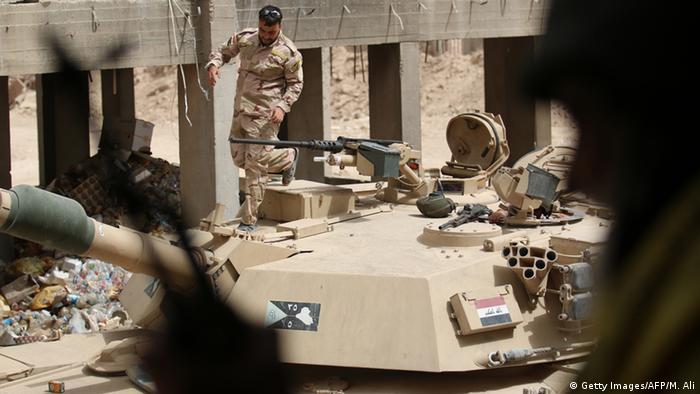 Iraqi Defense Minister Khaled al-Obeidi said on Saturday that an investigation would be conducted into a US airstrike that left nine Iraqi soldiers dead as they advanced on "Islamic State" positions near Fallujah, some 69 kilometers (43 miles) west of the capital, Baghdad. 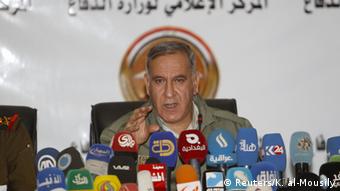 Al-Obeidi said an officer was among those killed

In what appears to be the first reported friendly fire incident in the US-led coalition air campaign to back Iraqi ground forces against "IS," al-Obeidi said the strike occurred while coalition air forces were covering advancing Iraqi ground troops near Fallujah because bad weather prevented Iraqi army helicopters from flying.

The US military said on Friday it would conduct its own investigation into the airstrike, and on Saturday US Defense Secretary Carter said evidence so far suggested it was a friendly fire incident.

After expressing his condolences to Iraqi Prime Minister Haider al-Abadi, Carter said that the two "agreed that this was an event that we both regretted and that there would be an investigation of it, but that these kinds of things happen when you're fighting side by side."

The top US envoy to the coalition, Brett McGurk, also gave his condolences.

According the coalition's joint command, the accident occurred after two airstrikes on "IS" positions opened the opportunity for Iraqi ground forces to advance. A third airstrike then hit both sides when they were in close combat, the joint command said on Friday.

The US-led coalition is backing Iraqi ground forces and allied Shiite militia in an offensive to retake Anbar after large swaths of the Sunni Arab-dominated province were taken over by "IS."